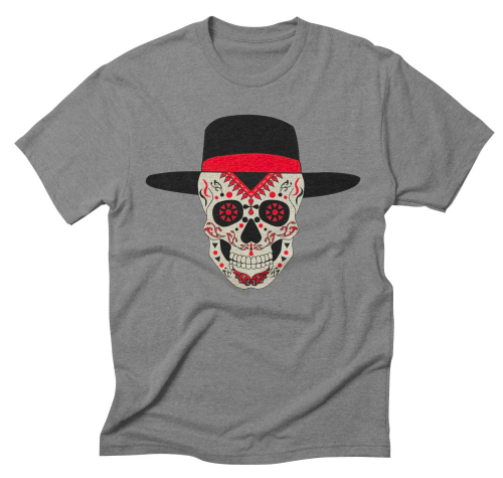 Don’t forget that Tuesday’s are the slow days. The weekly press conference should be later today and if I can get it up, I’ll post something. On Twitter, I said that you could buy Brian’s t-shirt on Spreadshirt, but we don’t sell things on Spreadshirt. We sell things on Threadless. Sometimes I’m not very smart, but that doesn’t mean that you can’t be someone that can own this shirt. And you get free shipping if you spend more than $45, but make sure and use the code: CHEER929522

This sounds so very official as the six-day window has been optioned for the Texas Tech vs. TCU game, which means that the time of the game is still up n the air. You cannot set your Palm Pilots.

The six-day TV window has been utilized on #TexasTech‘s home finale vs. No. 8 TCU.

“They have great players, they have a tremendous system,” Rhule said of Texas Tech. “They have big-play capabilities. We’ve had a chance to watch them all year as we’ve prepared for other opponents, as well.

“Outstanding running the football. They’ve got backs that can take it the distance, they can run through contact, so they’re much more of a 50-50 operation in terms of run-pass than you would anticipate coming in. They have the big-play ability, but they’ll also grind it out with a really good offensive line.”

DMN’s Jori Epstein talked with Patrick Mahomes as he was back in town for the Kansas City vs. Dallas and his role with the Chiefs:

“It starts off just understanding the situation, understanding what you’re coming into and then trying to just be the best teammate you can possibly be,” Mahomes said of waiting his turn. “Work hard as you can on scout team, get those reps in there, show the defense looks so that they get better and at the same time work on my game.

“Just doing every little thing you can possibly do to make sure you’re getting better every single day.”