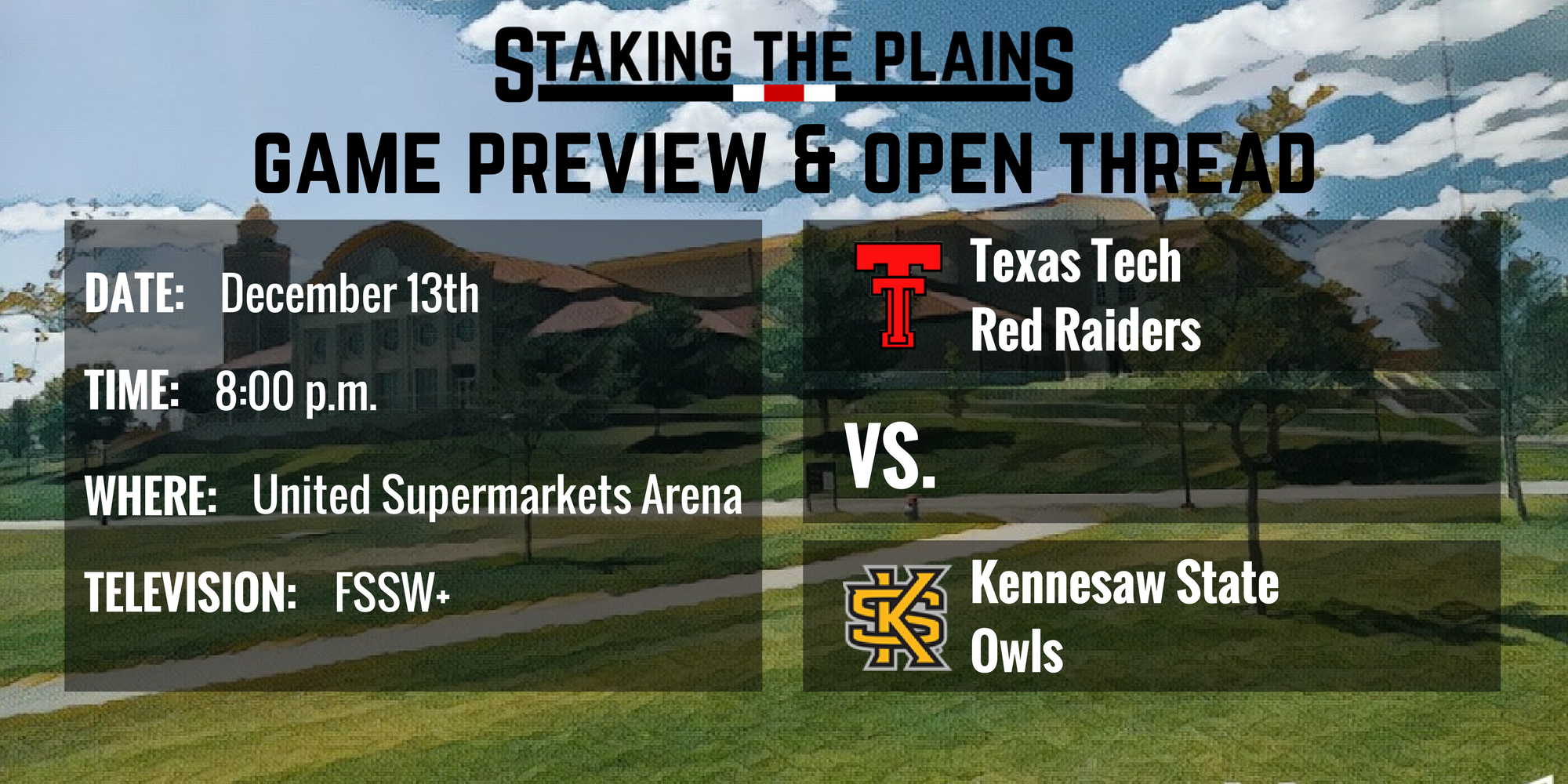 The Red Raiders host the Owls.

1. KenPom has Kennesaw State as the 308th best team in the nation, 294th in AdjO and 282nd in AdjD. With Texas Tech’s win over Nevada, the Red Raiders I think have pretty much stayed put and are 18th in the nation overall, 38th in AdjO and 11th in AdjD.

2. Kennesaw State is struggling a bit, their only win coming against Piedmont (I don’t know where that is). They have a 19 point loss to Florida State, an 18 point loss to Butler as well as a 14 point loss to Washington. So they’ll keep pace it appears or maybe these other teams played down to their competition, who really knows, but credit should be given for keeping games relatively close. Florida State is 27th in KenPom, Butler is 49th and Washington 119th.

3. This should be a really good opportunity for some of the big men to get some burn. Some of these games, like Nevada, it’s not really a great matchup for some of Texas Tech’s big men. Neither Tommy Hamilton nor Norense Odiase are really low post threats and Nevada wasn’t really running out a traditional center. Kennesaw State doesn’t have a center on their team, but physically, these guys should establish themselves in the post and if they draw the double-team, which should happen, then that kick-out should be open. That’s a real thing that I think the big men should be able to solve.

4. Looking forward, Texas Tech has three more non-conference games, against Rice on Saturday and two games before Christmas: Florida Atlantic on December 19th and Abilene Christian on December 22nd. All three of these teams are not very good, all ranked in the 200’s or so with KenPom. These last four games really are tune-ups for the Big 12 conference play, but Texas Tech probably won’t get much competition from any of these teams. There will be a nice break for Christmas and the team plays their first conference game on December 29th against Baylor and the next game is in Lawerence on January 2nd. Should be fun.

“It starts with their coach, Al Skinner,” Beard said. “A lot of folks probably remember when Bubba Jennings and I were on staff he was the head coach of Boston College when we lost in the (2007) NCAA Tournament. He’s well-respected and in the early stages of building the program at Kennesaw State. They’ve got really good players, have played a competitive schedule and have our full attention.”