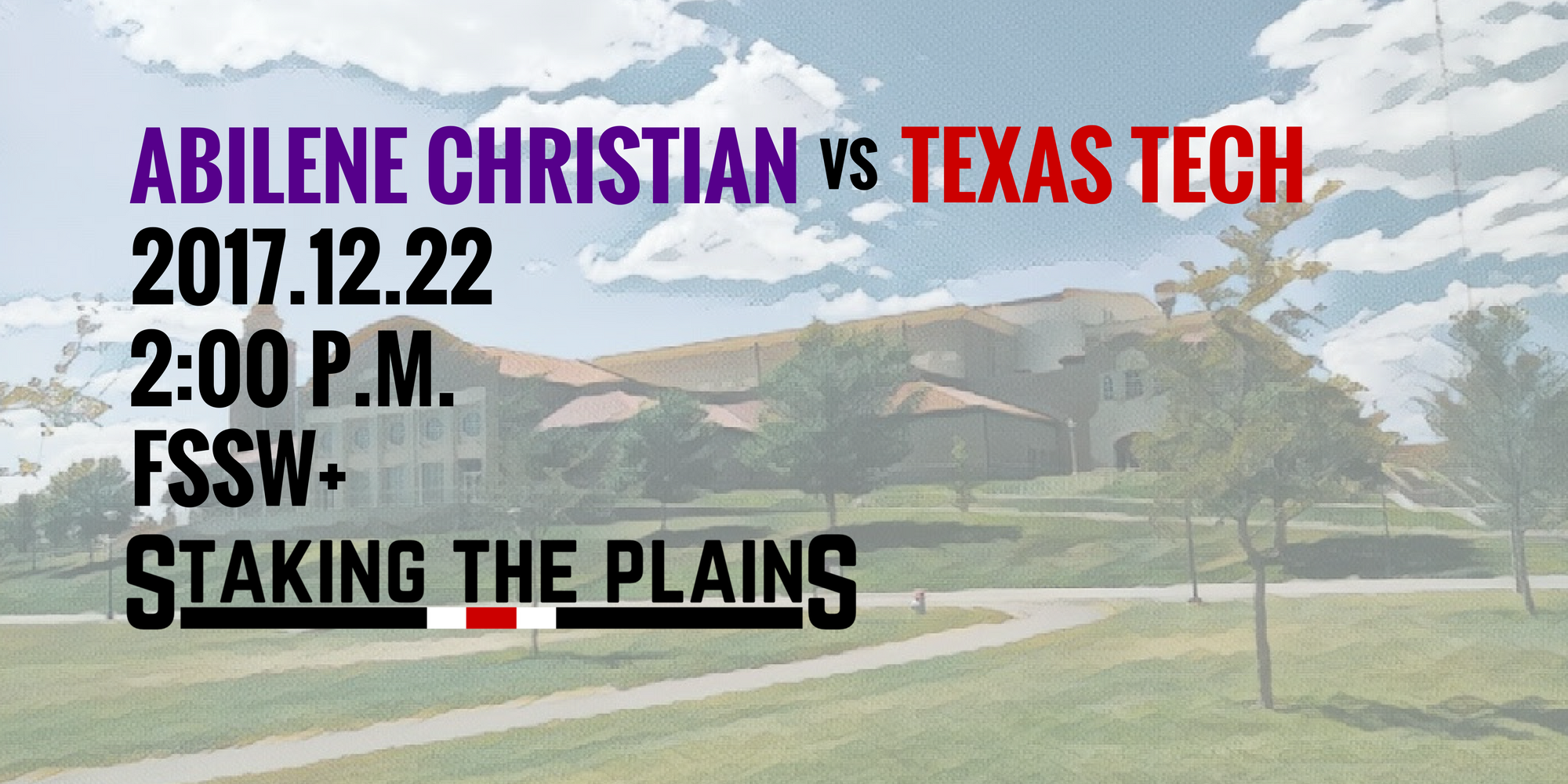 The Red Raiders host the Wildcats in the last game before the Christmas break.

1. KenPom has Abilene Christian as the 247th best team in the nation, 323nd in AdjO and 253 in AdjD. Texas Tech is hovering in the middle teens, currently at 13th in the nation overall, 37th in AdjO and 8th in AdjD.

2. With the biggest part of the non-conference schedule over and done with, I thought I’d hand out some awards for this early part of the season.

Team MVP: Has to be Keenan Allen. He’s been a rock and a real threat pretty much any time he touches the ball.
Biggest Surprise: Jarrett Culver’s three-point shooting. This was not something that I expected, but he’s making 43% of his shots and he looks ridiculously smooth doing what he does from beyond the arc. This will undeniably make him incredibly tough to cover as a player when he gets just a bit older as teams have to defend that three-point shot plus being able to get to the rim like he does. Oh, and freshman Davide Moretti is right behind Culver at 40% from beyond the arc.
Most Exciting: Zhaire Smith is a human highlight film and I think we all knew he could jump, but not the way that he actually does the thing that he does. Incredible leaping ability and ability to get the rim.
Best Comeback: I’ve loved being able to watch Norense Odiase come back from injury and he looks really healthy. I think there are still parts of his game that he’s figuring out, but his body and presence is huge.
Room For Improvement: I normally wouldn’t write this about a senior, but I feel like Zach Smith is just right there in being what he was last year. Zach needs to be an offensive threat because he’s too good not to be. It is almost as if he’s deferred to the freshmen to the detriment of his own game and I want to see him shine his senior year.

3. ACU has some nice wins on their ledger. Wins against Bowling Green, by 5, 88-83, a win against Air force, 62-58, and the Wildcats are probably a better team than FAU or Kennesaw State or Savannah State for sure. And as we discuss schedules, it should be noted that Wofford, the same team that Texas Tech knocked off 79-56 and their star player, Fletcher McGee to just 14 points on 5 of 11, knocked off North Carolina. McGee had 27 against the Tar Heels. And don’t forget that Boston College knocked off Duke earlier in the year too, the same BC that Texas Tech defeated by 11 in Connecticut.

4. The official site has your official preview and head coach Chris Beard discusses his relationships with the ACU coaching staff:

“I have a lot of relationships,” Texas Tech head coach Chris Beard said. “I was an assistant coach at Abilene Christian for Shannon Hayes in the 90’s. Joe Golding was our point guard. Joe is now the head coach at ACU and also a personal friend of mine, one of my best friends. Ted Crass was one of our assistants on our championship team at Little Rock. He is now an assistant coach at ACU and somebody that I have a lot of respect for. Ted is one of the best guys I’ve ever worked with. Brette Tanner, the associate head coach, was my first assistant in the late 90’s when I was a junior college coach. ACU is a team that I always pull for, but obviously not in this game.”

“It’s great when our defense can create offense. It’s a big part of our identity, this year,” Beard said after his squad scored 22 points off turnovers in a win over FAU. “We’ve been very fortunate to this point, whether this can continue when we get to Big 12 competition is yet to be seen. But it’s not just the steals, it’s the help, it’s the contested shots, the rebounding. A lot of things on the defensive end are helping our offense and that’s great to see.”