You will notice that with spring break coming up and none of the Tech sports team in town this weekend, the calendar is a bit bare. West Texans are resourceful folks, though, so I’m sure you’ll find something to do.

As mentioned last week, our beloved Evie Mae’s BBQ has a Prime Rib dinner usually once or twice a month. Spots are limited and you have to sign up online. I’m not sure what contest in life I won, but my wife signed us up. Take a look at this, folks: 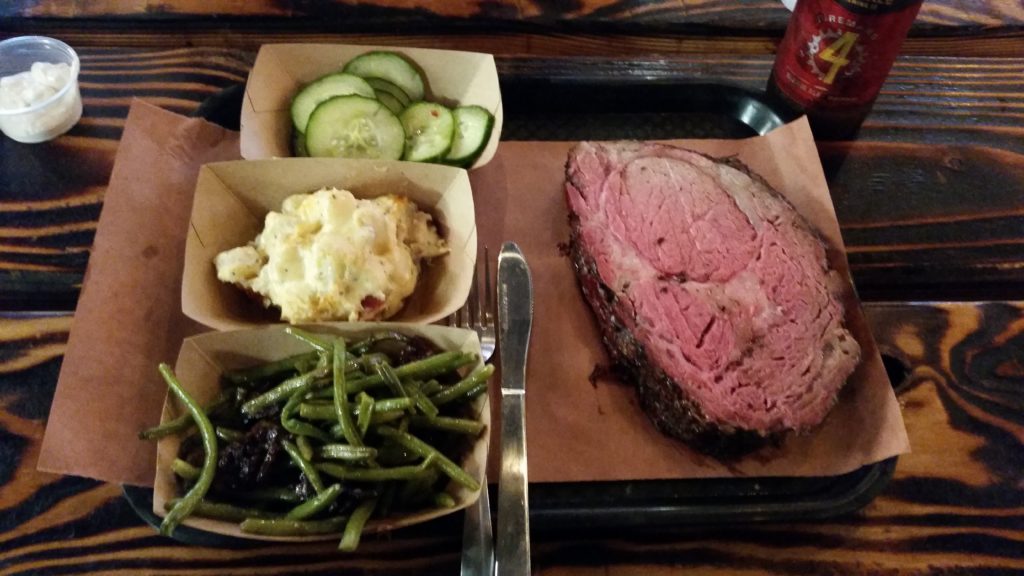 The prime rib was cut-to-serve and was excellent, of course: great smoke flavor, tender, and just the right amount of black pepper on the crust. The potatoes were in a category of their own as a sort of loaded smoked baked potato/au gratin hybrid that was as delicious as the green beans with candied (!!!) bacon pieces. The quick pickles were a nice pairing with the beef, and so was the FREE beer. Not pictured is the peach cobbler served á la mode.

In a bit of related news, there was quite an uproar on the Twitter this week about Brooklyn BBQ.

Why is Brooklyn barbecue taking over the world? https://t.co/aiemJpWxZw pic.twitter.com/dGPyQ7X912

Texas Monthly’s BBQ Editor, Daniel Vaughn, did his best to make sense of it all. In his article, the argument is made that the photo of the tray is poor.

Gill felt some guilt. “They’re getting dragged into it because of my silly photo,” he said. He shot the paltry serving of brisket on a mostly empty tray almost as an afterthought on his iPhone, probably a 5S back then, and sent it along with the photo he thought should lead the story.

This would be a great time to visit The Plains Brew Co.: