Let’s get to know the Purdue Boilermakers. 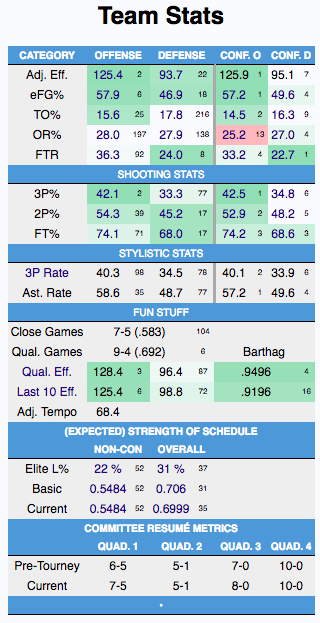 How Purdue Got Here: Purdue had an amazing run, 19 straight wins. Not just at home and not some easy teams, but 19, for the most part, quality wins, including 10 in the Big Ten. The Boilermakers finished 2nd in the Big Ten and 2nd in the Big Ten Tournament, but generally speaking, they’ve had a really terrific season. In the NCAA Tournament, Purdue demolished Cal State Fullerton and won by 5 over Butler.

What Purdue Does Well: This will not be difficult because Purdue does pretty much everything well. Purdue shots the ball well, they are incredibly efficient on offense, they hardly ever turn the ball over. The Boilermakers also defend incredibly well and force teams to shoot at a really low percentage. Purdue is a top 2 three-point shooting team and top 40 two-point shooting team, while they are top 20 in defending those two-point shots. I’m sure it helps to have two 7’0″+ centers manning the middle.

What Purdue Does Not Do Well: This is going to be a short list. Purdue doesn’t force a ton of turnovers, so they’re pretty much just manning up and defending the heck out of the ball. They don’t grab a ton of offensive rebounds and they don’t necessarily limit those offensive boards.