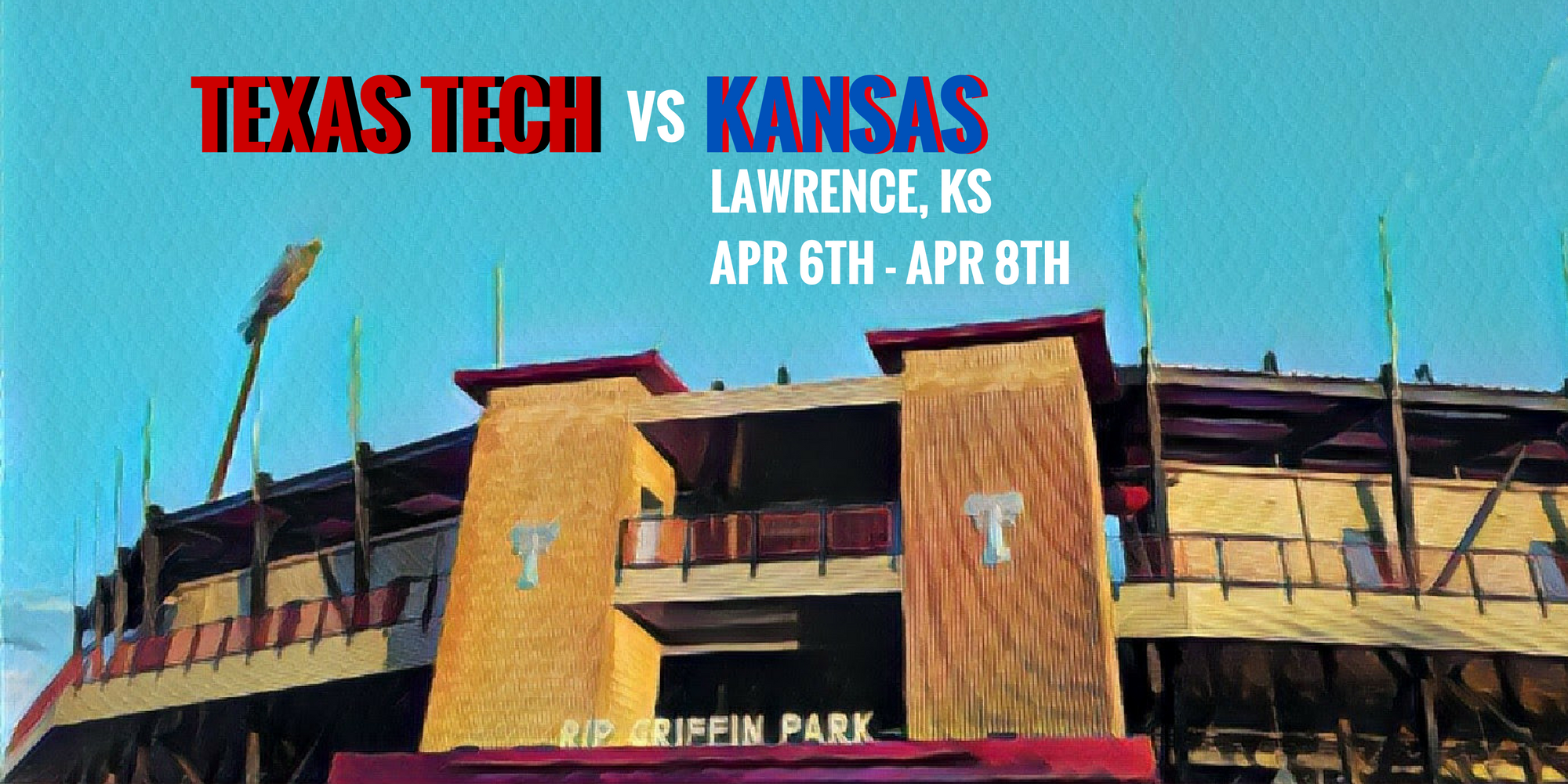 The Red Raiders are in Lawrence.

Texas Tech needs to feast for this weekend and next weekend. On the schedule is Kansas, but also on the schedule is Kansas State, at home (same weekend of the Lubbock spring game). As noted above, Kansas is only 2-4 in the conference and only 6 games above .500, while Kansas State is only 2-4 in the conference and only 3 games above .500. The reason why the Red Raiders need to feast is because after that is the conference-leading Oklahoma Sooners who are sitting at a perfect 6-0 on the year, but will be playing in Lubbock. This is the easy part of the schedule and it would have been real cool had Texas Tech swept West Virginia, but we can’t play in those what-if sort of games. After the Sooners, Texas Tech will play in Ft. Worth against TCU, then hosting Texas, and will end Big 12 play on the road against Oklahoma State.

Maybe not a reasonable expectation, but let’s get some sweeps.

“When you’re going north, you look at it as early as Sunday or Monday,” he said Wednesday. “And we saw (the forecast), and we’re like, ‘Oh man, here we go.’ But at the same time, if you’ve done anything outside — you’ve played golf when it’s cold, fished, hunted, anything like that — your body has the ability to adapt. You’ve just got to layer and, obviously, take off layers as you get warmer.”

The No. 7 Red Raiders (24-6, 3-3 in the Big 12) are hoping to improve on a three-game winning streak when they face off against the Jayhawks (17-11, 2-4) at 1 p.m. Friday at Hoglund Ballpark in Lawrence, Kan. Game time was moved up due to cold weather, including snow, in the forecast. The remaining games are scheduled for 2 p.m. Saturday and 1 p.m. Sunday.

The bats came alive in a big way, particularly Gabe Holt, who went 3-5 with 6 RBI and that includes a grand slam. Zach Rheams also homered and went 3-5 with 2 RBI and Josh Jung went 2-3 with 3 RBI. Overall, the offense had 15 hits and 8 walks and that’s the offense that I know and love, but it’s just been so inconsistent. Davis Martin (W, 5-2) went 5 innings, allowing 2 runs, walking 3 and striking out 5 on just 76 pitches (someone is keeping that pitch count pretty low and I appreciate that). Connor Queen went 3.2 innings and struggled a bit, giving up 6 hits, 2 walks and striking out none. Connor Queen made the 9th inning a bit interesting and Andrew Davis came in and pitched the final out of the 9th inning.

Take a look back at the highlights from today’s 15-6 victory over Kansas. #WreckEm pic.twitter.com/Emp3pFyIJw

The Texas Tech pitching staff and defense has really stymied what was a very good hitting Kansas team. Caleb Kilian (W, 4-1) gets the win and goes 5 innings, only 87 pitches, walking 1 and striking out 8. Again, Kilian probably could have gone longer, but I think Tadlock has long-term plans that he’s looking at. Ryan Shetter pitched 3 shutout innings, allowing jusst 2 hits and striking out 5 himself and Jose Quezada pitched the 9th without incident and striking out 1. Cam Warren hit his 5 home run of the year and went 2-4 with 3 RBI, and the offense belted out 14 hits. Cody Masters went 4-5 with 3 RBI on the day. Grant Little went 3-4 and Josh Jung went 1-5 with 2 RBI.

Take a look back at some of the highlights from today’s victory over Kansas. #WreckEm pic.twitter.com/BKWiKvqpv4