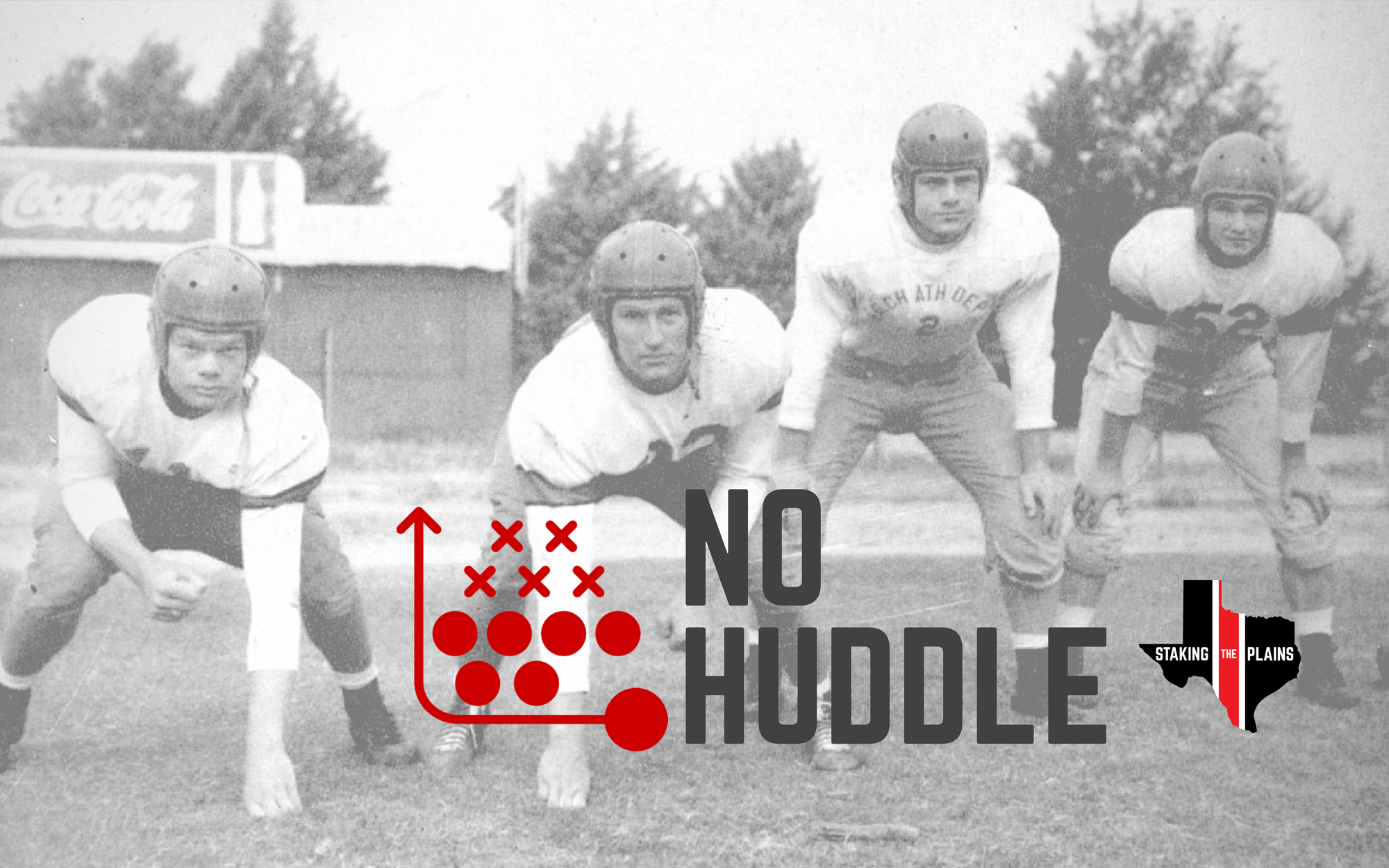 Yesterday afternoon, Texas Tech released the depth chart (preview and PDF) and I think this is the least surprising depth chart that I think we’ve really seen. There are so many “or’s” that what we’re probably going to see are lots of guys playing lots of reps. Maybe the offensive line and the linebackers are the two groups that I bet you see those guys pretty much the entire game (although I’d like Brayden Stringer a bit more and see what he has). Before we get to the depth chart, let’s get to something that I’ve never noticed before.

I’ve often wondered who is where in terms of the coaches, but I don’t recall it being designated in the notes as to where the coaches will be during the game.

To break this down, this is who will be in the pressbox: 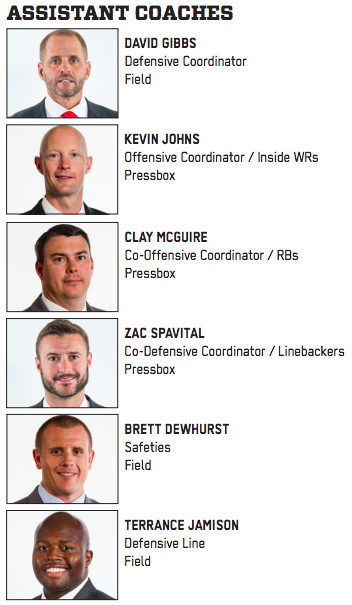 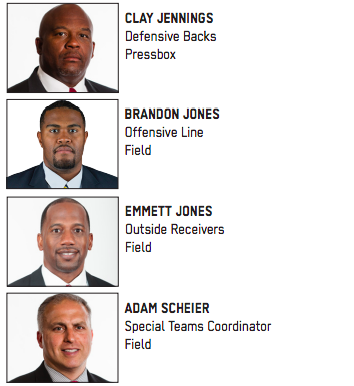 And here is who will be on the field: 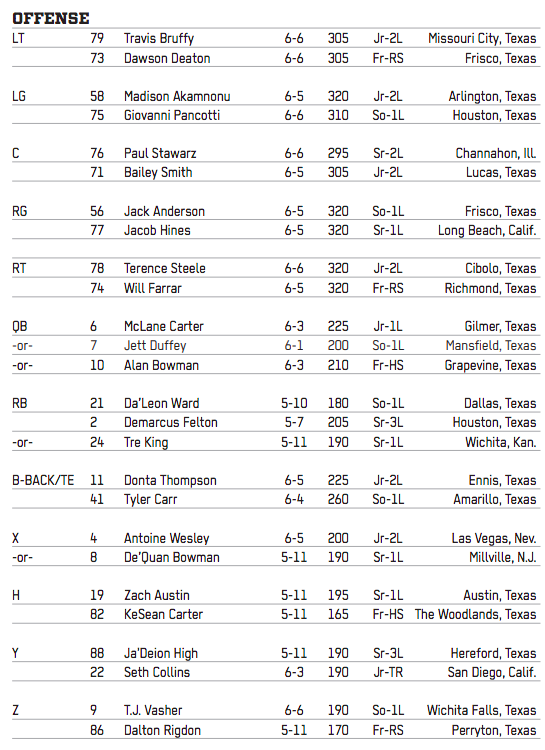 Head coach Kliff Kingsbury mentioned last week that Madison Akamnonu has solidified the left guard spot and that was seemingly the one spot that was up in the air along the offensive line. The quarterback is all “or” and that’s not a surprise. Da’Leon Ward is the starter at the running back spot with Demarcus Felton and Tre King backing him up.

So, we have a new position, the “B-Back/TE” and I’m guessing that Donta Thompson is the “B-Back” and Tyler Carr is the tight end. I think Don Williams note from Sunday or yesterday said that Carr is 6’5″ and 270, so he’s essentially an offensive lineman at this point.

At the receiver spots, I do not understand De’Quan Bowman at the X-receiver spot, I thought he was an inside guy all the way, but I’m guessing the coaches really like his speed outside. I think he’s one of the few receivers that has the juice. Freshman KeSean Carter is in the back-up at the H-Receiver spot and he’s also go tthe juice. Not surprised that Ja’Deion High and Seth Collins are at the Y-receiver position. I am surprised that Dalton Rigdon pushed out some highly rated freshmen receivers to back up T.J. Vasher. 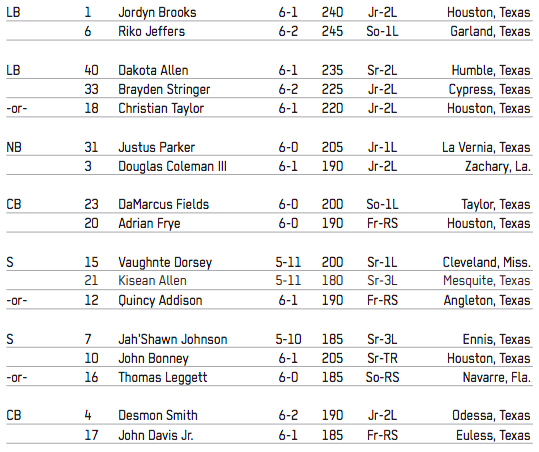 There’s nothing that’s surprising at the linebacker position and the only real surprise is that John Bonney has worked his way into the second/third team behind Jah’Shawn Johnson. I feel a bit for Thomas Leggett who apparently has worked his tail off this offseason (named pound-for-pound the strongest player), but if he’s good, he’ll see the field. It’s good to have depth. I mentioned the other day that the cornerbacks are relatively young and with Octavious Morgan out, Desmon Smith has moved into the starting spot. We’ll see if these guys can play. 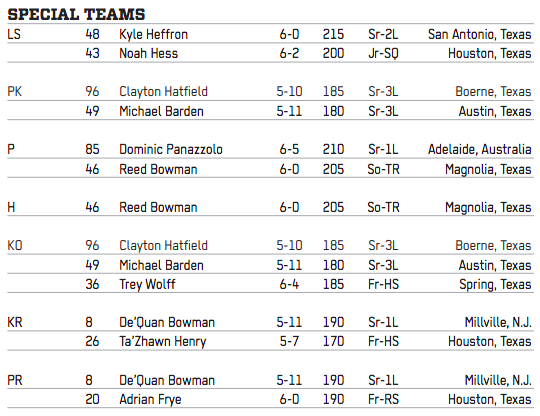 From a kicking or punting standpoint, there’s not much surprise there. Again, just keep Clayton Hatfield safe and protected, for the love that is sacred.

I really like getting Ta’Zhawn Henry some touches at the kick returner spot, and I think the coaches must really like what Bowman brings to the team. He’s going to be one of the guys that I’m really cheering for.