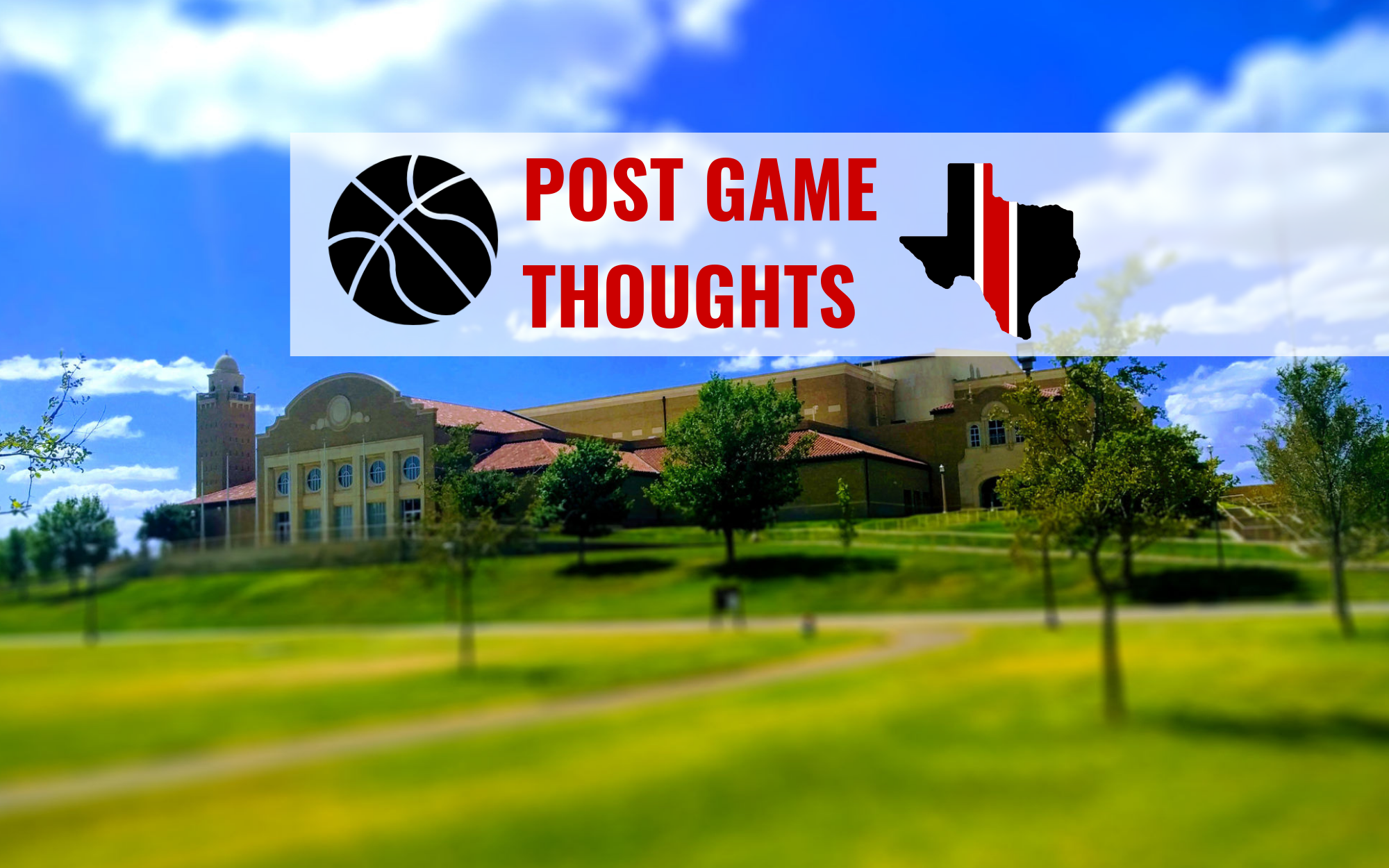 Tortilla Tossin’ Player of the Game: Without question it was Jarrett Culver, who was fantastic shooting the ball, 8 of 12, and had 21 points on 8 of 12, 4 boards, 4 assists and just 1 turnover for the night.

Defender of the Game: Your big man Norense Odiase had 13 boards, a career high I think, and he finished with 6 points, not missing a shot from the field, but he did turn the ball over.

Multi-Purpose Player of the Game: I’ll go with Culver here as well because I didn’t really like anyone else’s game. Culver was a one-man show for this game.