Will you be in Manhattan for the game on Saturday? The Texas Tech Alumni Association would like to feed you a burger.

The TTAA will host a pregame party in the K-State Alumni Center prior to kickoff on Saturday and we would love for you to join us! The event will run from 11:30 a.m.-2:30 p.m. in the Barrett-Wildcat Den. There will be a complimentary hamburger and hot dog buffet. Those wanting to attend can park at the alumni center and then take a shuttle to the stadium. The shuttle will depart from the student union building, which is just about a two minute walk from the alumni center. We hope to see you there as we get ready to cheer on our Red Raiders!

Kansas State is sitting at (4-6) on the year and has an offense based almost solely around Delton and Barnes. I am very confident going in to this game despite being winless in The Little Apple since 2008 and despite going in with a (5-5) record. Not quite as confident as this guy, but feeling pretty good.

Did you know that Atlanta is home to the College Football Hall of Fame? I found this out during a recent work trip to The Peach State.

Now, it may not come to you as a huge surprise, but Texas Tech was not featured at every turn. In fact, upon walking up to the second floor, the first thing I saw was a Mayfield OU jersey.

Of all things, though, the Masked Rider received the most fanfare. 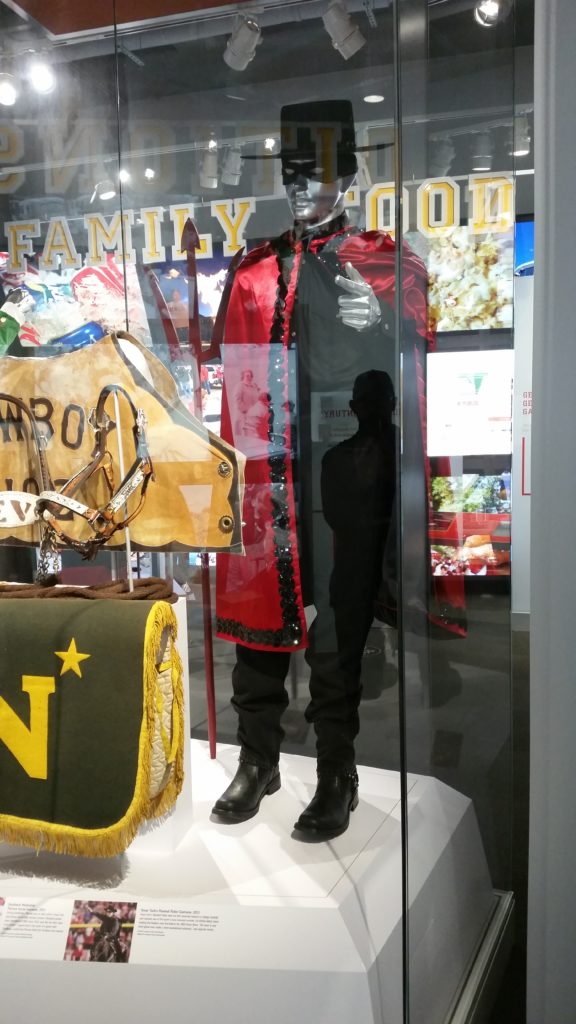 This was written on the caption below:

Up next was something very loosely associated with Texas Tech as it pointed out a few records that have since been broken by our Man with the Golden Arm. The College Football Hall of Fame opened its doors in August 2014, or as we call it around here, Pre-Mahomes. Time for an update. 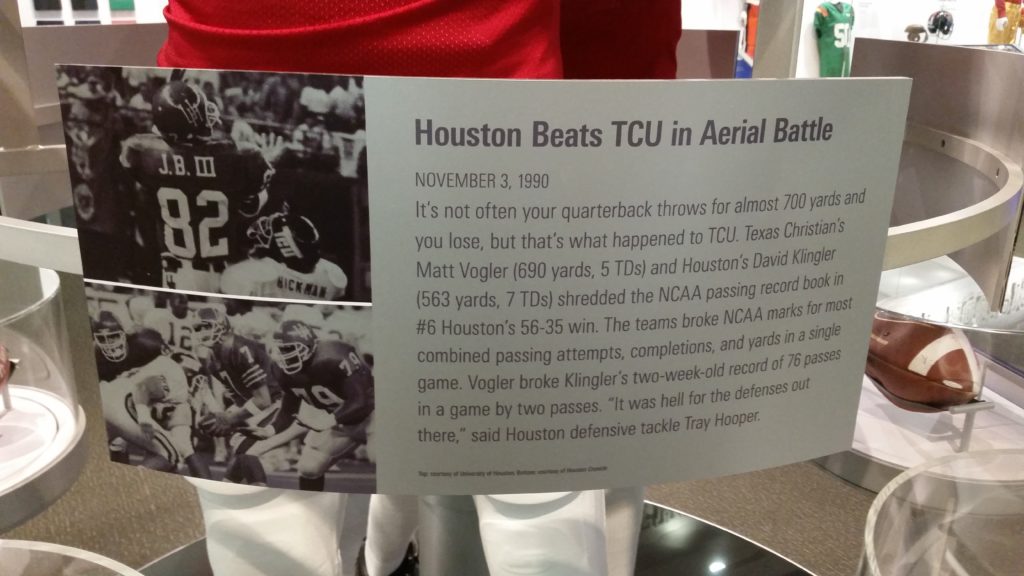 And, finally, how would we feel if our claim to fame was left out of the Hall entirely? Not good, I reckon. I snagged this photo during a video showing notable occurrences along a timeline. Here we are, right next to Hawaii’s Rainbow Warriors making it to the Sugar Bowl.

There was a very fun exhibit set up on the ground floor where you could take a stab at kicking an extra point. I should have gotten video of this because there were a ton of engineers out there having a blast while failing spectacularly.