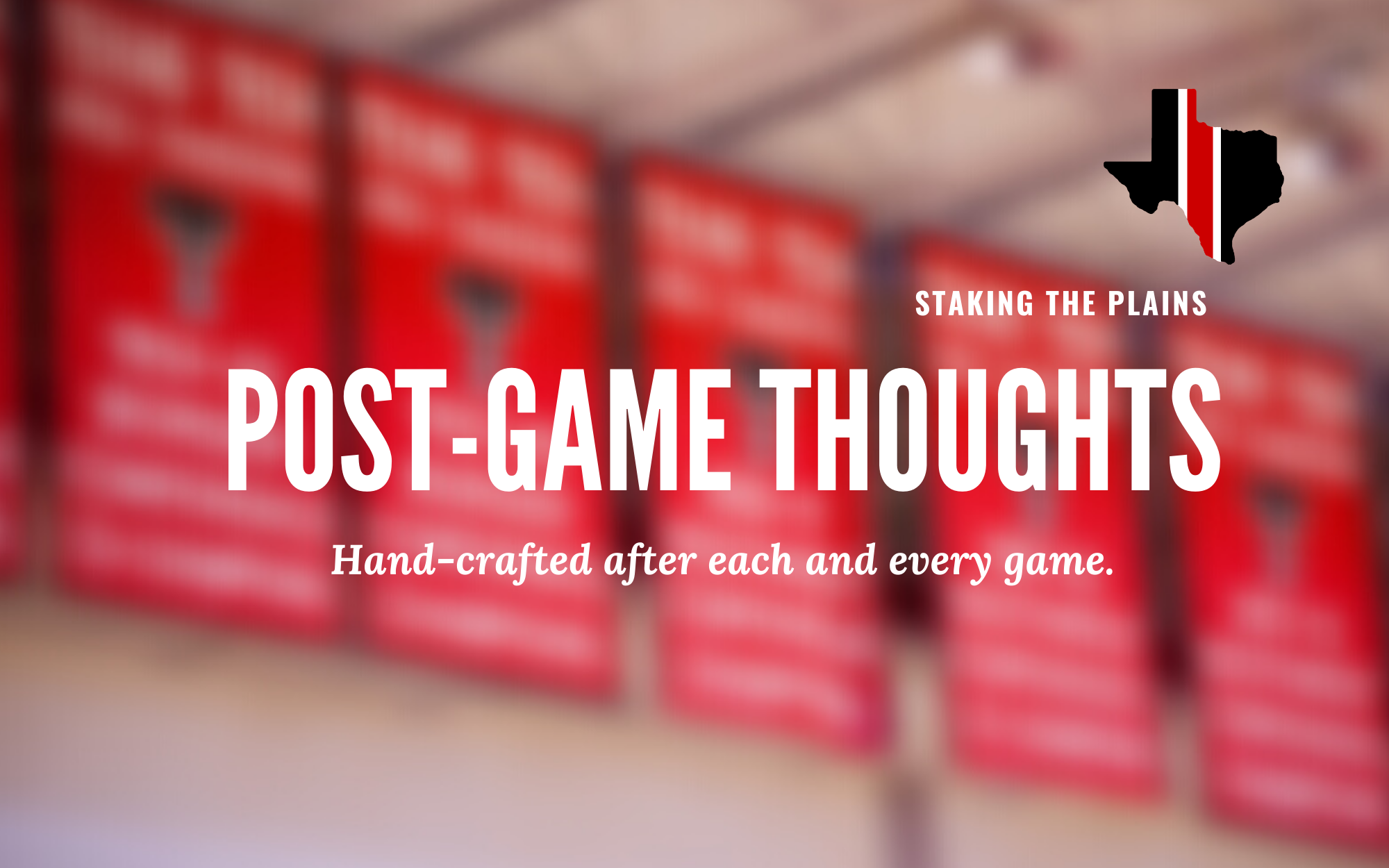 Not very difficult for me, Davide Moretti broke out of his shooting slumb and was the only player that was relatively close to shooting above 50% with more than 2 shots. Moretti made 6 of 13, including 4 of 9 from the three-point line, 3 assists, 3 turnovers, and 2 steals. I can tell you that I very much appreciate Beard trusting his players and as he always says, these guys have done the work. They’re supposed to shoot and without Moretti shooting, Texas Tech is 2 of 19 from the three-point line. If there’s one player on the roster that I want shooting no matter what, it’s Moretti, because he’s shown that he can hit them more times than not.