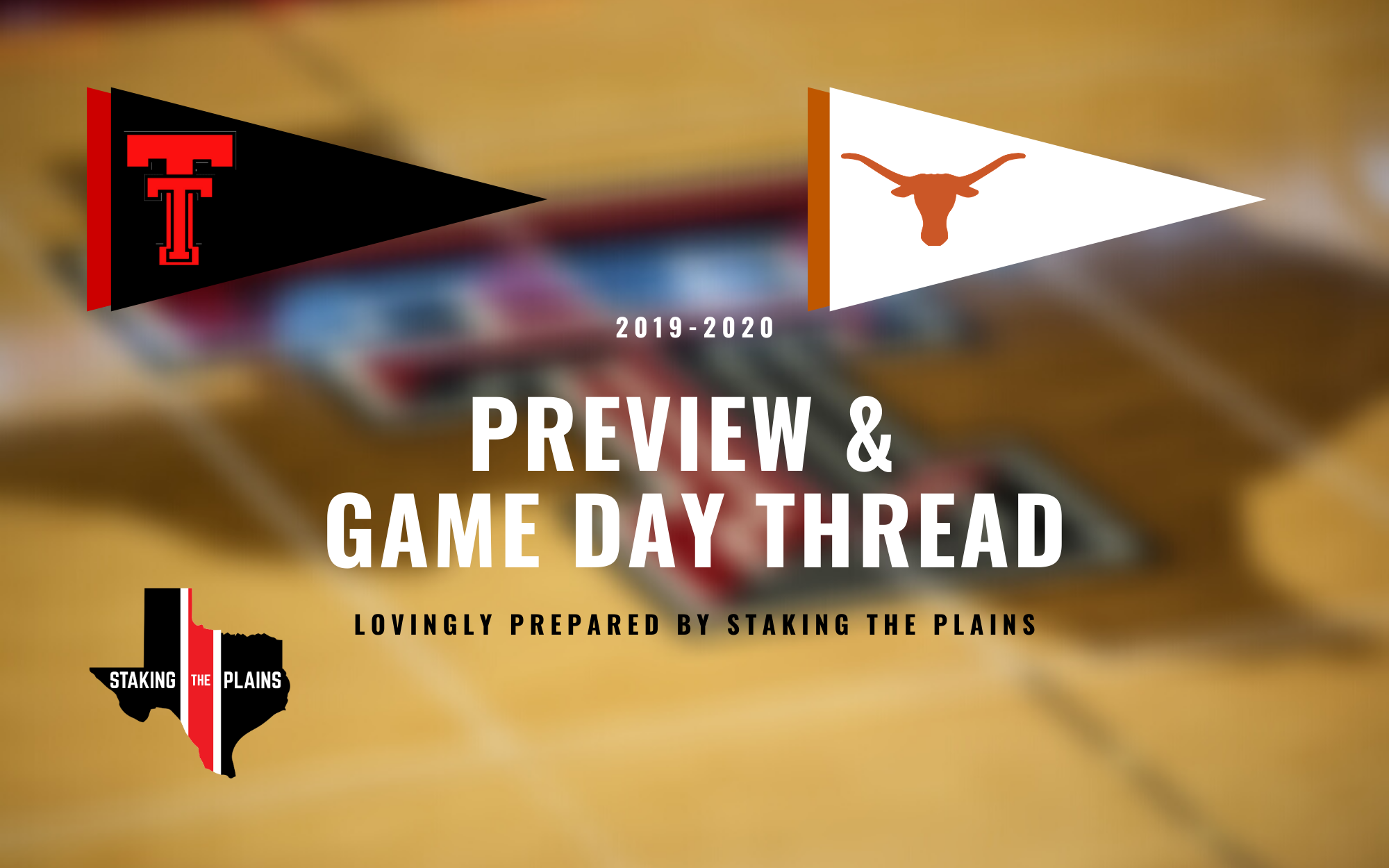 1. Stats. This is going to be an incredibly abbreviated preview. Just running out of time. Texas struggles offensively, but they went on a tear during their 5-game winning streak. The offensive improvement pulled them out of the gutter. For the season though, they are a team that turns the ball over 20.5% of the time which is 295th in the nation and they are a jump-shooting team, only making it to the charity stripe at a rate that is good for 350th in the nation. Defensively, the team does shine quite a bit and their only flaw is that they allow teams to grab offensive rebounds at a very high rate, 331st in the nation. Other than that, they are very good to elite defensively.

2. Scouting. Texas is pretty battered. I’m not even sure if they have a 10th player that can play and I’d also add that Cunningham apparently limped off the floor during practice, an apparent ankle injury (perhaps) so that shortens what is already a pretty short bench. Texas doesn’t lack for big men, it’s the in-between that’s the problem. Still, Coleman is very good and Jones has actually been very good since his cancer recovery (being good at basketball seems secondary to that, but he has been good). Statistically, I’m not sure how they are doing it without Sims, but they are getting contributions from their bench and the guards have been shooting very well.

3. How They Match Up. For both teams, I think this is win-and-you’re-in type of game for an NCAA berth. I think there’s a ton of pressure on Texas Tech here and we’re about to see what this team is made of from a pressure perspective. I wish there was a player like Brandone Francis, a vocal leader that is also a motivator, on this team, but it would be nice to see someone step up and accept that role. Texas Tech has struggled offensively during this 4-game losing streak and Texas Tech has been right on the edge on a couple of games, but just hasn’t been able to close out teams. Let’s close it out right here.

Texas Tech coach Chris Beard knows he has a player dealing with more than trying to consume a game plan to prepare for a first-round Big 12 Tournament game.

Davide Moretti, the Red Raiders sharpshooting guard, has been affected like many across the United States and the world by the COVID-19 virus, a severe respiratory infection, commonly known as the coronavirus.

The junior is from Bologna, Italy, a country which has seen the outbreak get worse and is on lockdown. There are more than 9,000 reported infections in Italy, and more than 600 deaths, according to CNN. Plus the country is dealing with a curfew, travel restrictions and enforced space between people in public places.

“You know, my family is over there, and I know it’s a tough time for everybody — not just for my family,” Moretti said in a recorded interview Wednesday provided by Texas Tech. “I know they’re safe. I know they’re going to do the right thing. What you’ve got to do is just to keep on going and don’t get discouraged from this thing. It’s a serious thing for sure. … I’m pretty confident that my family is going to be all right. Right now, I’m just focusing on basketball.

“And once the season will be over, I will for sure talk about that. And, maybe, if I have the chance maybe go up there and see what I can do to help my family and stay with my family as much as I can.”

Texas Tech will begin its quest to win the Phillips 66 Big 12 Men’s Basketball Championship for the first time in program history when it plays Texas at 11:30 a.m. on Thursday in the quarterfinals at the Sprint Center in Kansas City.