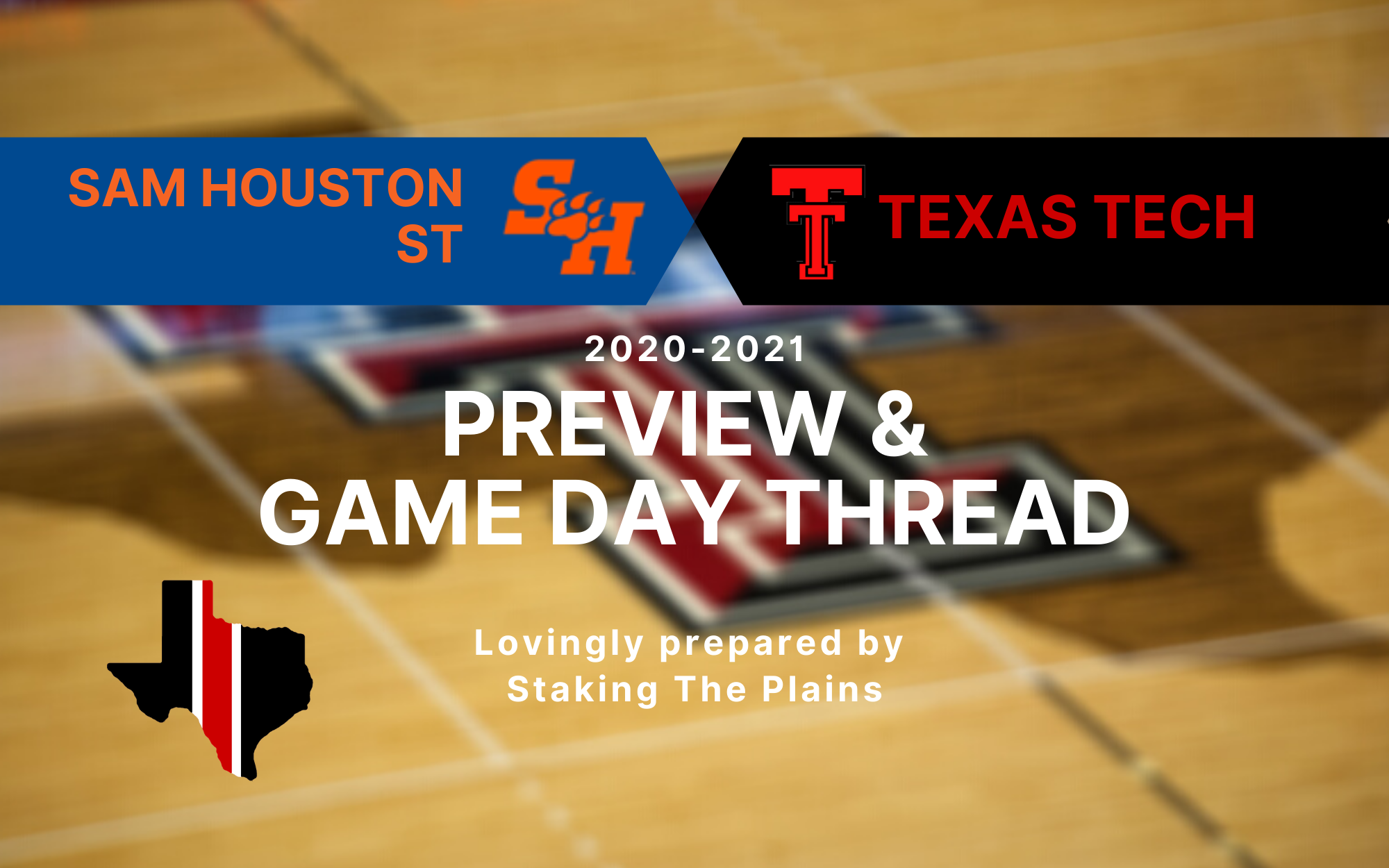 The Line: Supposedly it is Texas Tech -29.5, but it is not listed on OddsShark

1. Stats. SHSU was not very good against SMU and they’re basically on an old-fashioned road trip, traveling to Dallas for the Mustangs and then probably headed on another bus, on Thanksgiving Day, headed for Lubbock. I sincerely hope their travel was good. Back to the Bearkats, they struggled against SMU, they were not good defensively and struggled to keep SMU from scoring or rebounding the ball. Offensively, SHSU was not very good either, although they had one player just absolutely light some stuff up.

2. Scouting. Nutall was the guy for the Bearkats, making 6 of 12 from the three-point line and was effective at the rim, going 6 of 7, while making 6 of 8 free throws. Unfortunately for Sam Houston State, he was the only player in double-figures. We have to keep in mind that one game is not a trend in either direction, but statistically, Lampely was decent shooting the ball in a small amount and Robertson was as well. SHSU played a bunch of players in their blowout loss, but Nutall played 73% of their minutes. He’s also a high turnover player, but that’s one of those things you just sort of accept.

3. How They Match Up. This should be a pretty good match up for Texas Tech, SHSU isn’t really that big and Texas Tech has athletic forwards that will be able to rebound nicely. I’d add that Beard is probably telling whoever will listen (which is probably everyone) also to who is going to stop Nutall, who wants that challenge and it will probably be everyone because I think that’s how this team is wired. Sam Houston State really didn’t have very much after Nutall and they still lost by 30 or so to SMU, so stop him and it could get absolutely ugly. And figuring how how players and/or teams match up is always a little difficult early in the season because the data can be a bit wonky.

Nutall was especially effective from outside the 3-point arc where he buried 6 of 12 attempts. By contrast, the Red Raiders limited Northwestern State to five makes from deep in 23 attempts.

Nutall accounted for half of the Bearkats’ 24 made field goals and 23 of their 62 field-goal attempts.

Nutall also has stepped up his leadership this season.

Sam Houston will travel to Lubbock following a 97-67 loss at SMU on Wednesday in its opener despite getting a 36-point performance from junior Zach Nutall. The Bearkats, who are picked to finish third in the Southland Conference this season, are led by Jason Hooten who is in his 11th season. Nutall, a guard from Bryan, was a first-team all-conference selection and opened his third year in Huntsville by hitting six 3-pointers against the Mustangs for his career-high scoring performance.