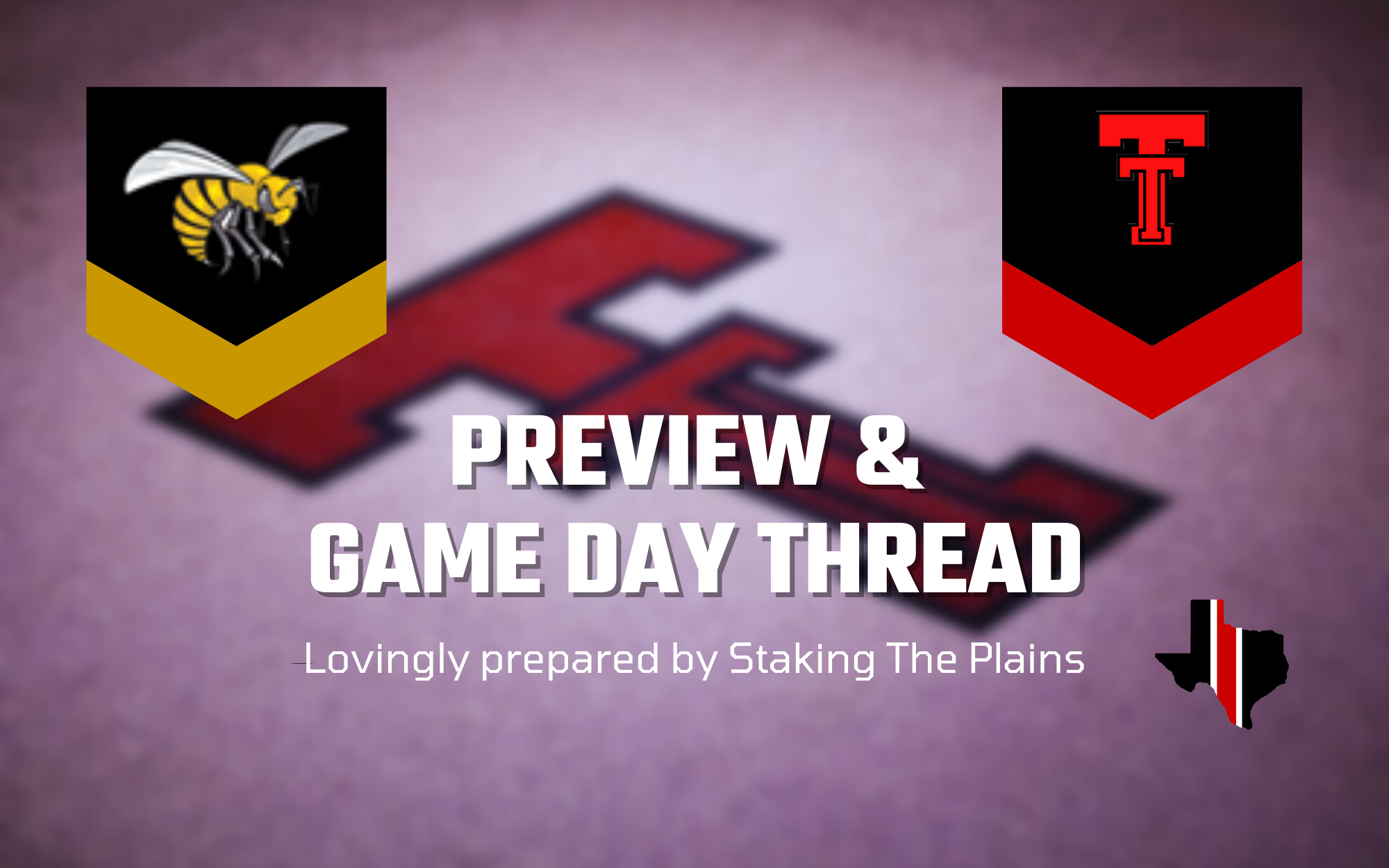 The Line: Not Available

2. Scouting. Liddell is their best player, largely because he’s a good shooter, making 46% of his three-point shots and he’s also a decent shot-blocker in his own right. There is a Christian McCray (6-6) that wasn’t in the lineup against Texas (the Hornets’ last loss), but he’s actually their best player in just about every conceivable way, high usage rate, excellent shooter (eFG% of 62%), makes 54% of his 2-point shots and 63% of his 3-point shots. Not sure if he’s hurt, but he would change the dynamics of the game if he played. O’Neal is a good shot-blocker and Young is the best rebounder on the team.

3. How They Match Up. When I look at the last box score to add in these players to the table above, the thing that strikes me the most is the weight of the players and that’s the biggest distinction between teams that are in the 200’s and 300’s compared to teams like Texas Tech. Texas Tech is just physically bigger in every conceivable way. Kevin McCullar basically weighs more than any player on Alabama State’s roster, which includes post players. So these players simply probably don’t have the weight program or the nutrition to compete and there’s a part of me that’s a bit sad about that. Or maybe think that’s a shame more than anything else.

Texas Tech should win this game by 25+ points. The last game out, Alabama State lost to Texas by 20 points, so the range of 20 to 25 would be about right. This team is definitely worse off than Eastern Washington and we saw what happened there. We’ll see if Shannon plays, but my guess is that he sits out and is ready for the first conference game. There’s just no need for Shannon to play this game.

Happy Holidays to all of Red Raider Nation! pic.twitter.com/yWL1ZVYQ1y

The No. 25-ranked Texas Tech basketball team will host a pre-Liberty Bowl matchup against Alabama State at 1 p.m. on Tuesday at the United Supermarkets Arena in its final game before beginning Big 12 play.

The Red Raiders (9-2) are currently 7-0 at home this season and have won 13 straight non-conference home matchups coming into the game against the Hornets (1-10) who are 0-8 away from their home court in Montgomery, Alabama. Tech is coming off a commanding 78-46 win over Eastern Washington last Wednesday, while Alabama State fell, 68-48, at No. 16 Texas in Austin.

Texas Tech and Alabama State are meeting for the first time in program history. The basketball game will be streamed on ESPN+ prior to the start of the football bowl game at 5:45 p.m. on ESPN.