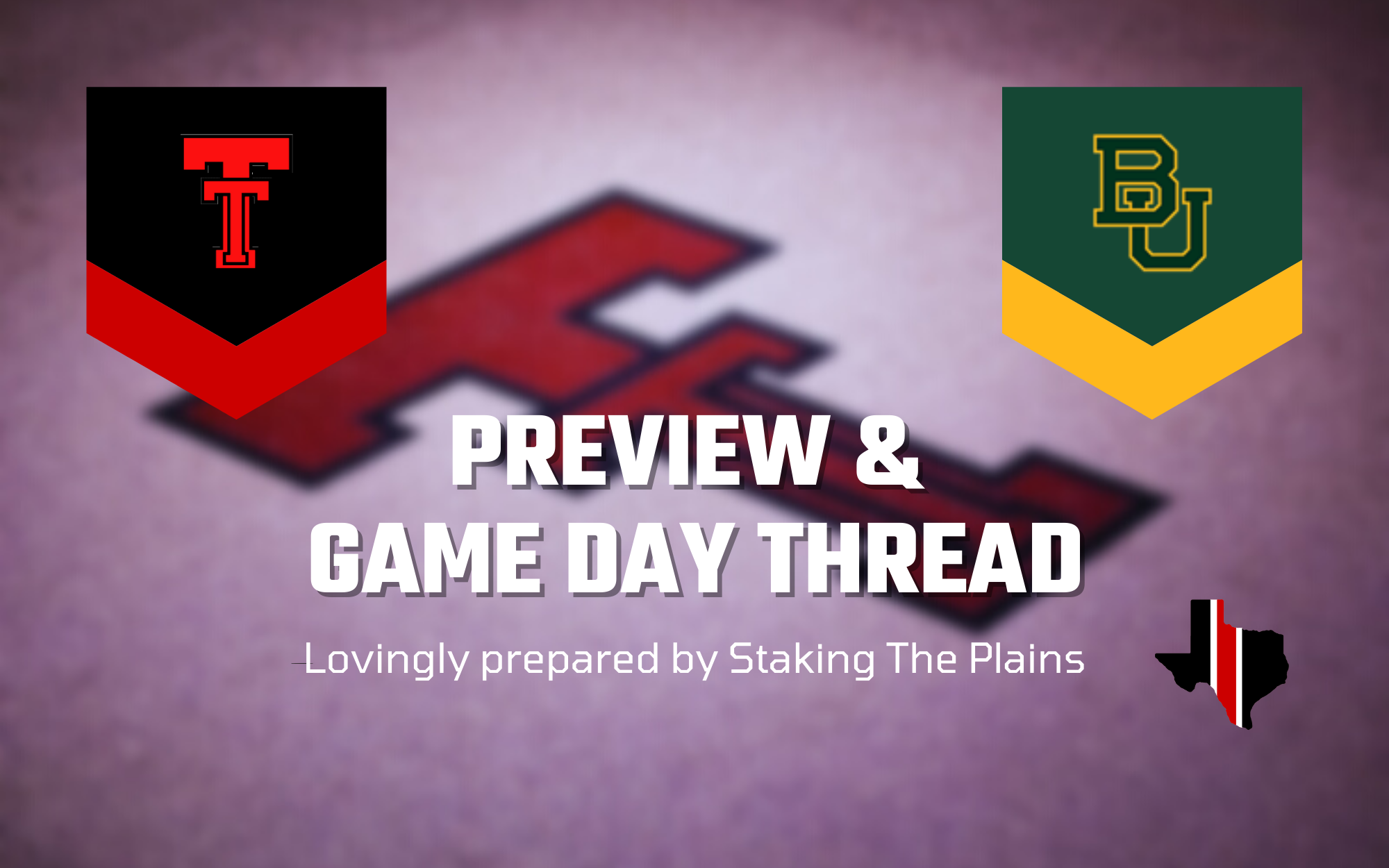 2. Scouting. Well, Baylor is really good at the guards, they have a ton of good shooters and that’s not something I really like as a Texas Tech fan. Brown is an elite shooter inside the arc and doesn’t have a ton of attempts outside, but is still very good. The volume 3-point shooters are Cryer, Flagler, and Akinjo, with Cryer making 47%, Flagler making 37%, and Akinjo making 41%. Thamba does everything well but pass the ball and doesn’t have the ball in his hands much at all.

3. How They Match Up. My guess at the starting lineup is a guess at this point and realize that I’m throwing darts. I also think that it doesn’t matter all too much. I am relatively confident that McCullar will start and that will help with depth, 5 games in 11 days ain’t no joke and I think this is where Mark Adams’ line changes will be incredibly beneficial. I have noted that Sadaar Calhoun is no longer on the team and adjusted the lineup accordingly. Jaylon Tyson is not added as he won’t play this year.

As far as this game, Baylor has a pretty distinct advantage and is playing at home and is undefeated. The one good thing for Texas Tech is that they have not been blow out by any team thus far, which I think speaks to how this team prepares and how they play defense. At some point, that won’t be true, but for now, I think it is a calling-card and it is about how Adams gets his team ready to play. Baylor’s closest games are games where opposing teams shoot really well inside the arc so that’s part of the plan I’d say (shoot well is a plan? that’s always the plan!).

Damn, what a beautiful day pic.twitter.com/PZXyKcU539

The Bears are currently 9-0 on their home court this season coming into the first match against the Red Raiders who are 0-2 in true road games.

Tech has a quick turnaround after its trip to Waco, hosting Oklahoma State at 6 p.m. on Thursday before playing at Kansas State on Saturday to complete the three-game, five-day stretch. Tech and OSU are playing on Thursday in a game that was originally scheduled for New Year’s Day but was moved due to COVID protocol issues within the Cowboy program.