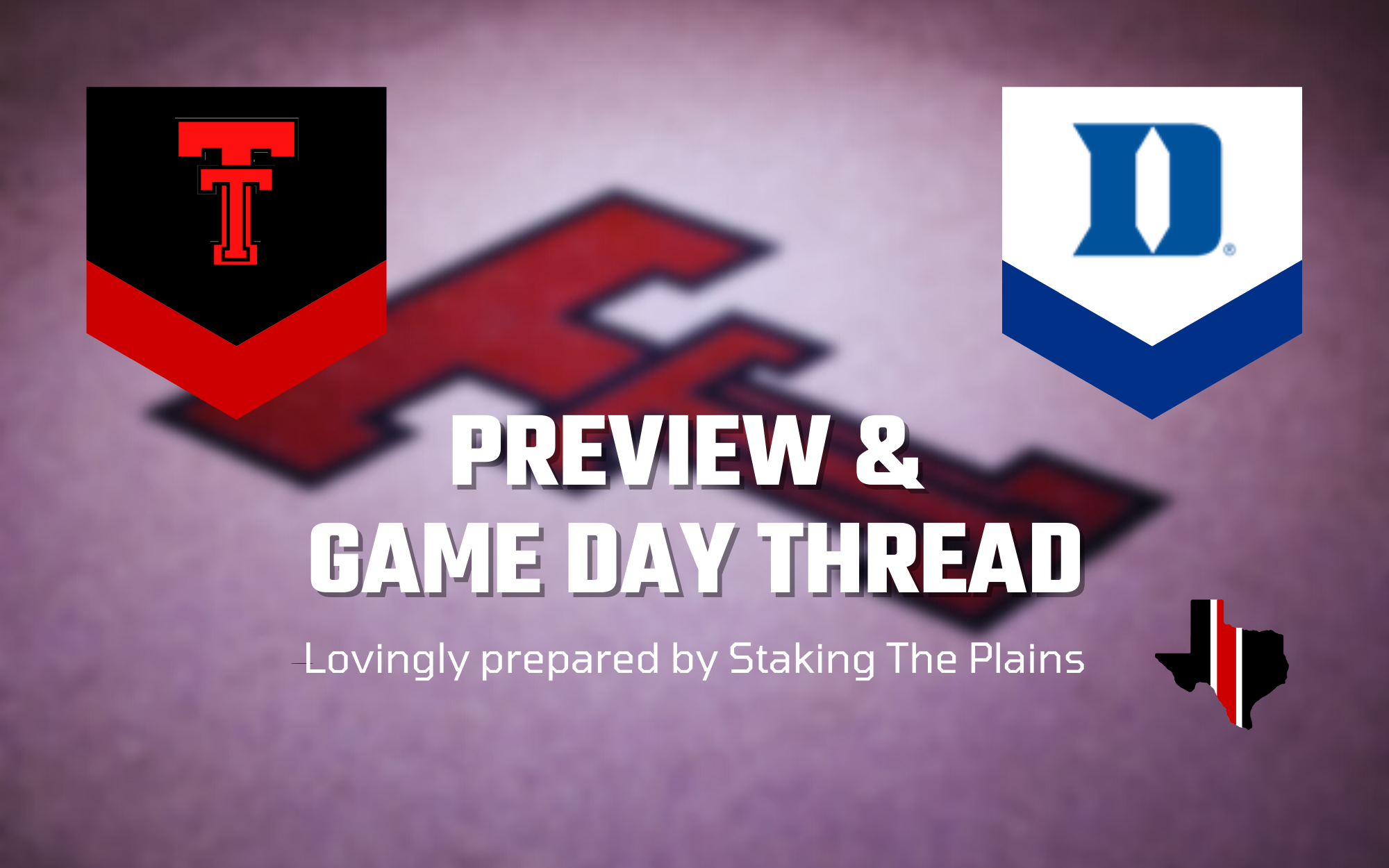 1. Stats. Texas Tech and Duke are sort of polar opposites in terms of where they sit on offense and defense. Offensively, they are one of the top 3 teams in the nation, largely based on how well they shoot the ball, 10th in eFG%, 22nd in the nation in turnover percentage, and 56th in offensive rebounding percentage. I’d also add that Duke is 33rd in the nation in 3-point percentage and 9th in 2-point percentage. The Blue Devils’ biggest weakness is free throw rate, sitting at 236th in the nation. The good news is that Duke is not a high 3-point shooting team, only 205th in 3-point rate so I don’t think that this is a carbon copy of Notre Dame. Defensively, they are very good, 39th in opposing eFG% and 2nd in the nation in opposing free throw rate, which means they are not fouling and putting guys on the line. Duke struggles at forcing turnovers, 309th in opponent turnovers and also in offensive boards (despite their length), 205th in the nation. They defend the rim exceptionally well, 27th in block percentage and have been great at holding opponents across the board.

2. Scouting. Offensively, Duke has a ton of options. Moore is maybe the most versatile player, a forward with a high assist rate and the team’s best shooter, 80% of his free throws, 56% of his 2-point shots, and 41% of his 3-point shots. Banchero is the player with the most hype and he certainly has played well, but he’s not the 3-point shooter I think he was billed as being, but he’s a terrific rebounder on both sides of the court and is supremely talented. Griffin is the other shooter to really watch, making 46% of his 3-point shots.

AP | TIPPING OFF: Texas Tech ‘D’ is next hurdle for Coach K, Duke

1. West: (2) Duke vs. (3) Texas Tech
Thursday, 9:39 p.m. | CBS, March Madness Live
The following schools are among the places that Texas Tech’s Mark Adams has coached during Mike Krzyzewski’s 42-year run at Duke: Clarendon College, Wayland Baptist, West Texas A&M, Texas-Pan American, Howard College and Little Rock. After Duke survived a second round battle with the legendary Tom Izzo of Michigan State, it would be rather ironic if it was Adams, who was a junior college coach in rural Texas just a decade ago, who ended Coach K’s career. The on-court styles here set up for a fantastic battle between Duke’s excellent offense and Texas Tech’s gritty, tenacious defense.

Before the Sweet 16 tips off tomorrow, make sure to relive @TexasTechMBB‘s thrilling 59-53 win over Notre Dame. pic.twitter.com/S1rV4a6iqZ

Got our sights locked in 🔒 pic.twitter.com/s2h62JsSuT

Only 16 teams remain in this fight, and for the third time in four NCAA Tournaments, Texas Tech is still a contender.

The Blue Devils are a five-time national champion led by head coach Mike Krzyzewski who has 1,200 career wins, 99 tournament victories and has announced he will retire after this season is completed. Duke is 1-0 all-time against Tech with a Madison Square Garden matchup on December 20, 2018 going its way in a 69-58 decision.

“I don’t know if anybody is excited about playing Duke,” said Tech head coach Mark Adams in his postgame press conference on Sunday night when asked about the Blue Devils. “A lot of respect, obviously, for Coach K and Duke. He’s always been someone I looked up to. Not only is he a great coach, but a great person. Just done so much for basketball. And he’s built a program which we all admire and respect. It’s just one team to the next, he’s got a dynasty he’s built. So our hat’s off to him.”