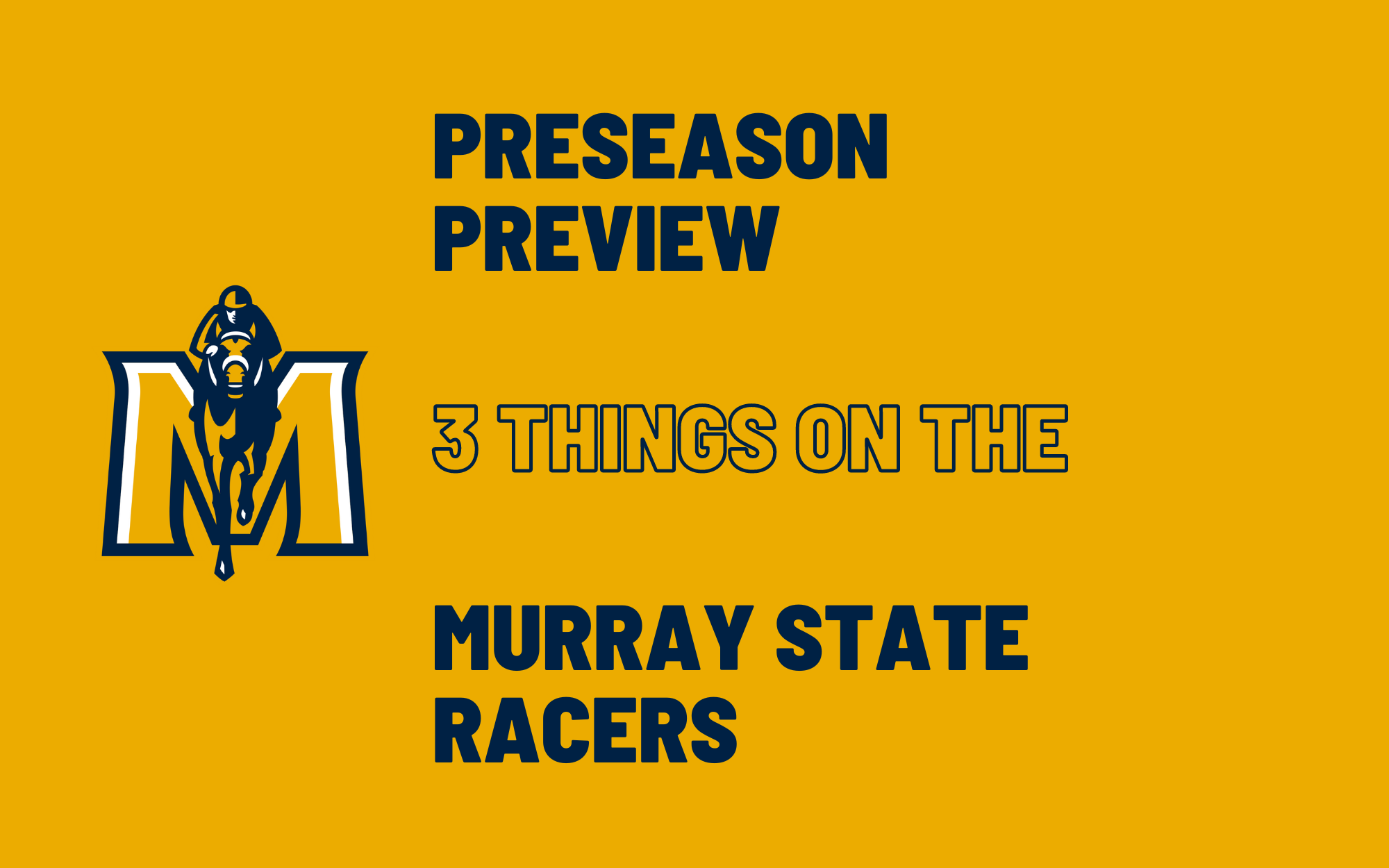 The season is nearly upon us and thought it was time to start diving into the research of opponents. I’ll try to get these out weekly or sooner as the season approaches.

The Racers appear to be a standard 4-3 defense with versatility on the defensive line and on offense they are a spread team with a relatively tight line and will run with a tight end and an H-back at times. The Racers like to do a little mis-direction in the run game. I think they rely heavily on the run to be honest and they like running with a big package.

It appears that the start at quarterback is QB DJ Williams (6-2/202) R-SO who completed 54.97% of his passes for 3 touchdowns and 4 interceptions and averaged 92.73 yards passing a game. On the ground, which I think is more important, Williams ran for 523 yards, 6.4 yards per attempt, with 6 touchdowns and 48.36 yards a game. Williams was replaced at times with a better passing quarterback and would guess that they hope he grows into this role.

Murray State’s head coach Dean Hood was 55-38 at Eastern Kentucky and has been 11-7 at Murray State. At Kentucky Hood was the special teams coach for 3 years before arriving at MSU. The offensive coordinator was largely a defensive guy for most of his career, so that’s really interesting to me. He’s definitely not your typical spread offense guru that everyone hires.