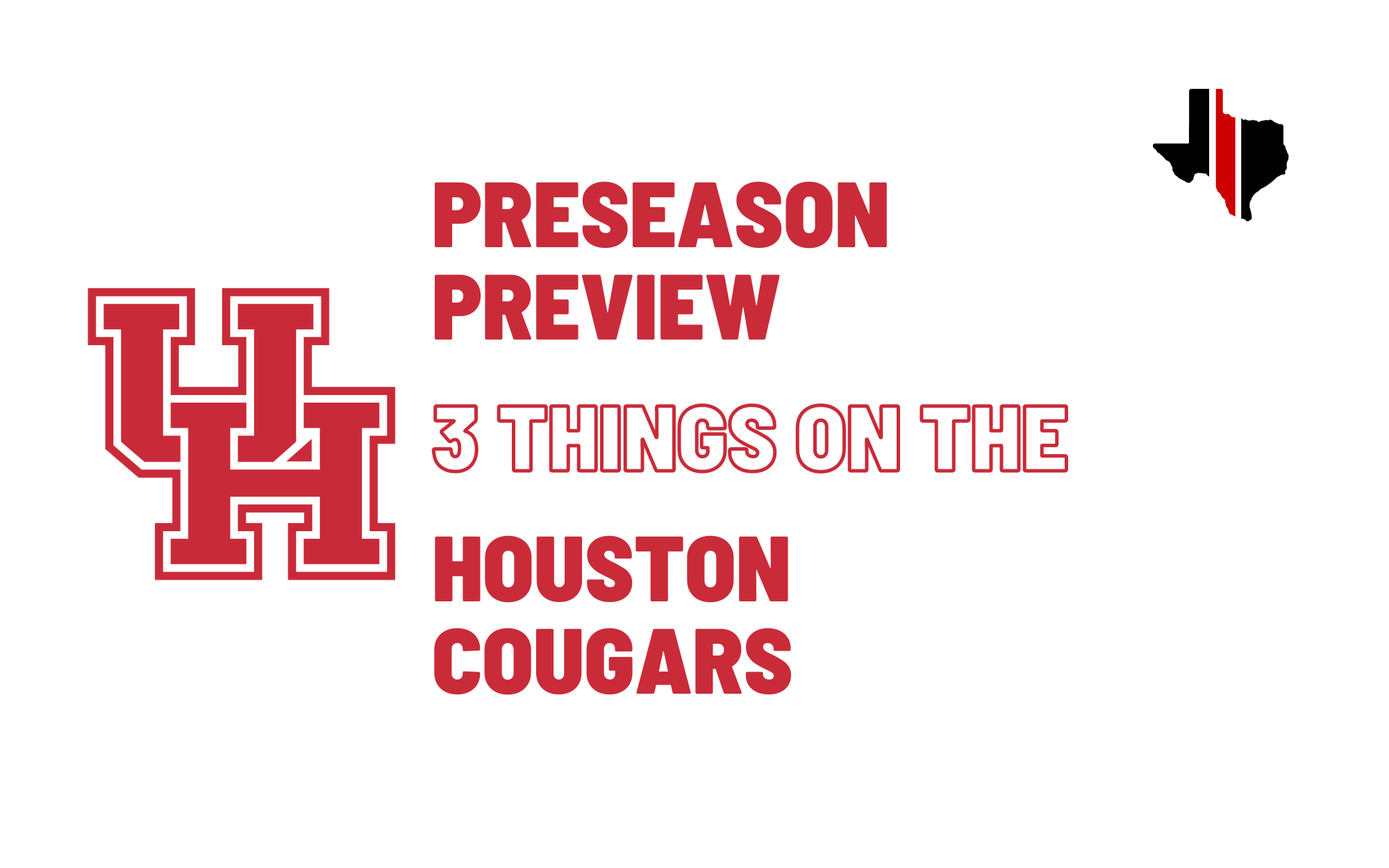 I think we saw the worst version of Houston, but I also think that when you play an easy schedule then a team can rack up some wins. The only two losses last year were to Texas Tech and Cincinnati in the American Championship. The Cougars beat a middling Auburn team in the Birmingham Bowl. Houston’s best win was beating a top-20 SMU team at home.

Houston’s coaching staff is heavily influenced by some Texas Tech ties. Holgorsen of course got his big coaching start at Texas Tech under Mike Leach. At Houston, Holgoren has hired Mike Jinks who is the associate head coach, running backs coach AND “liason to the THSCA”. Interesting . . . There is no offensive coordinator as Brandon Jones, the former Red Raider footballer is the running game coordinator and Shannon Dawson is the passing game coordinator . . . Jinks and Jones were both hires under Kliff Kingsbury . . . Doug Belk as the defensive coordinator has been with Holgorsen since the 2017 season as he started as the cornerbacks coach for the Mountaineers . . . Dawson has been with Holgorsen since 2011 when he started as the inside receivers coach at West Virginia . . .

It’s difficult to get these cranked out and do a bunch of research on player statistics because you need to cross-reference to make sure that the stats from last year and the player are still on the roster . . . Regardless, I can tell you that Clayton Tune returns at quarterback and he improved as the season progressed and was very good last year . . . Nathaniel Dell is probably their best receiver (1,300+ yards and 12 TD’s) followed by former Red Raider KeSean Carter . . . Derek Parish is a terrific defensive lineman, Donovan Mutin is good at linebacker and Gervarrius Owens is a safety I think.