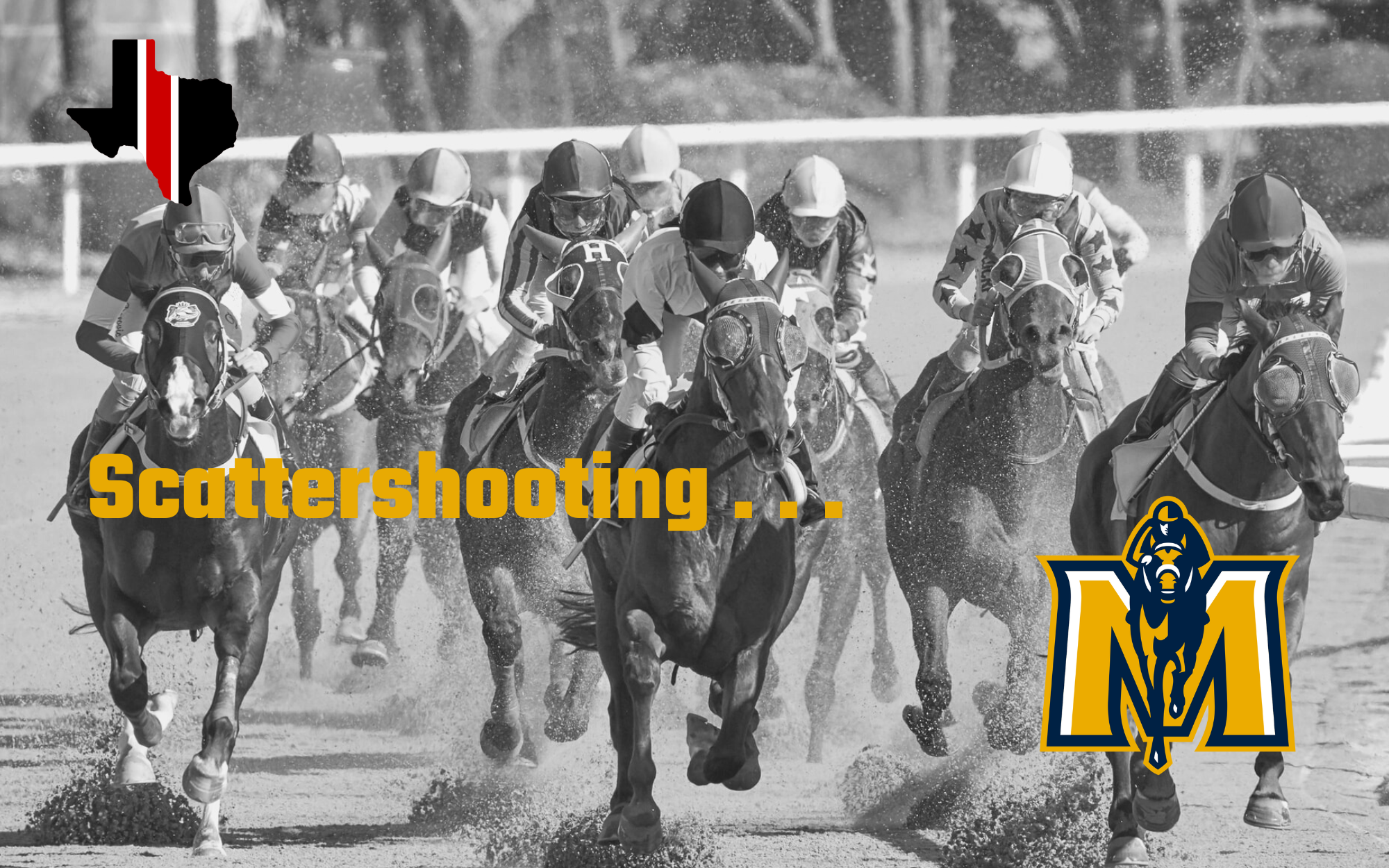 Murray State graduate Popeye Jones was the first time I was aware of Murray State as an actual college, drafted by the Rockets and traded to the Mavs on draft night in 1992. Of all things where he had a nice NBA career and is now an assistant coach with the Nuggets. Of all things, both of Jones’ children, Seth and Caleb, play in the NHL, and both play for the Chicago Blackhawks . . .

Scattershooting is a throwback to Dallas Times Herald and Dallas Morning News columnist Blackie Sherrod who would write a notebook once a week (that’s what I remember) about all of the interesting things he was thinking about. I toyed with the idea last year, but never really fully committed. I’m pretty well committed to this every Monday or Tuesday with a Friday post where I preview the game, a Sunday 10 Things, and usually a daily post if I have time . . .

The Athletic’s Mike Sando wrote about the NFL and that basically teams who have a consistently strong defense and special teams with a great quarterback will win multiple Super Bowls.

I don’t know if the same idea translates, but it would be interesting to see if the current team gets decent quarterback play, plus a more consistent defense and special teams play, you just wonder what this team can be. This is also maybe exactly what happened to Texas Tech when Patrick Mahomes was the quarterback, highly successful as a signal caller, but the defense was sporadic and never consistent. It would have been nice to see Mahomes with an actual good defense . . .

ESPN’s Bill Connelly writes about teams that are likely to continue their rise, which includes Texas Tech opponents NC State and Kansas State . . .

OddsShark has not posted the odds for the Murray State game just yet, but that’s not a surprise with an FCS opponent . . .

In Scattershooting I’ll probably write about what happened the past week and note good wins by Big 12 teams and less than stellar performances as well. Prior to the season starting we have Quinn Ewers starting for Texas, which is not a surprise considering the amount of money they’ve invested, I mean time, they’ve invested in him. I still don’t know how Baylor lapped Texas Tech, but that’s what happens when you hire good and inspiring coaches. This is the last year that Spencer Sanders will play for Oklahoma State and I don’t know how I’ll feel about that. Is Neal Brown on a short leash and will Graham Harrell be the savior? I don’t know if TCU will be better with Sonny Dykes at the helm and am curious as to how the defense plays without Gary Patterson. I do not know how West Virginia, Kansas State, Oklahoma, and Iowa State will look with new quarterbacks. Quarterbacks drive teams and determine so much. Oddsmakers seem to have a lot of faith in Baylor’s Blake Shapen and he was good in relief, but he didn’t do it full time last year.