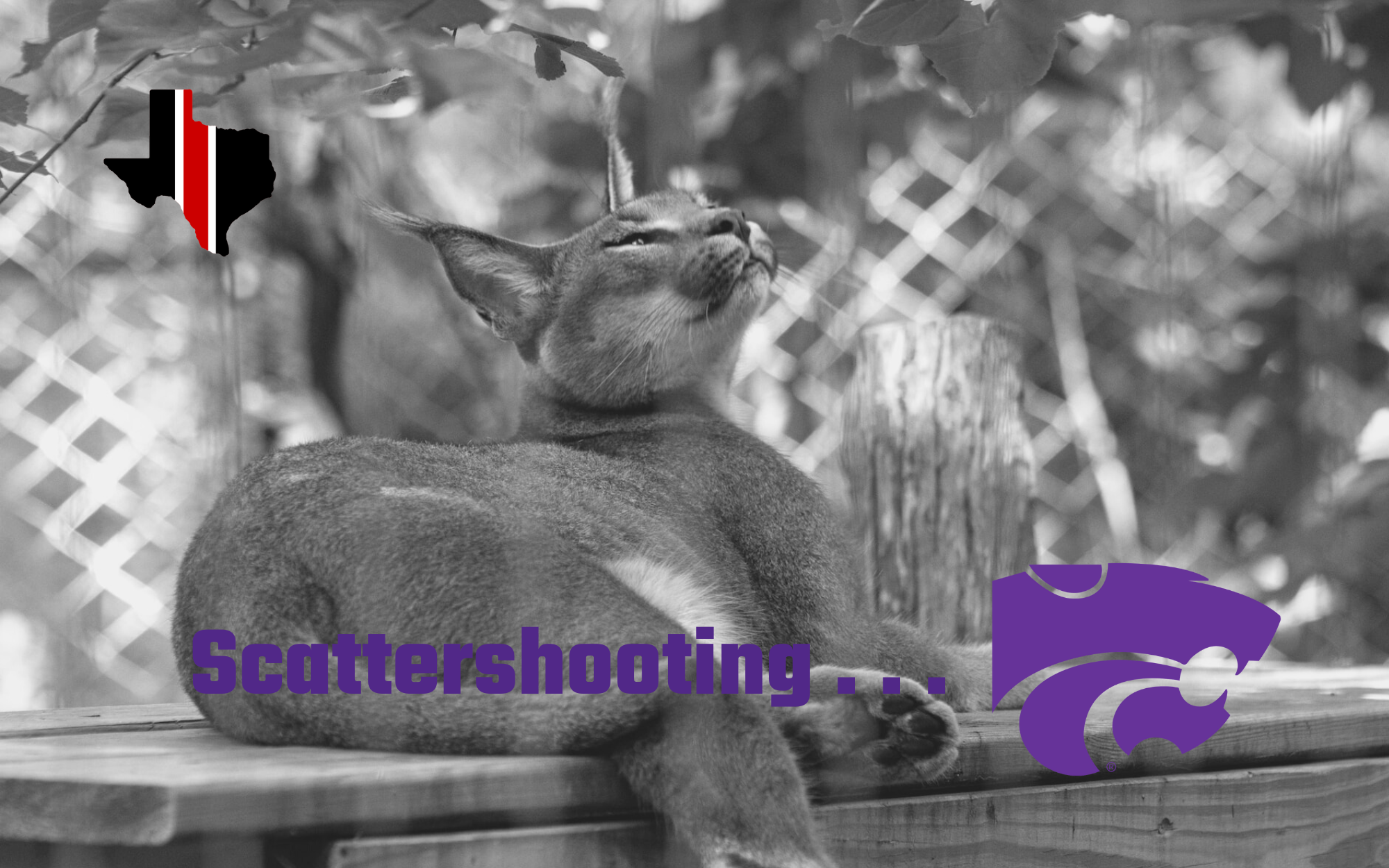 Rolando Blackman was born in Panama City, but his formative years were in Brooklyn starting at age 8. Blackman went on to K-State where he was an absolute stud, named to multiple All-Big Eight teams and was the 9th overall pick by the Dallas Mavericks in the 1981 NBA Draft. Blackman is maybe the second greatest player to play for the Mavs, behind Dirk Nowitzki. Blackman finished with 16,643 points with the Mavericks by the time his career was done.

I remember how good he was at 6’6″, his height and consistency on that jump shot along with his ability to elevate on those jump shots. They seemed impossible to block. I think that Blackman is working for the Mavs, but I couldn’t find anything concrete.

Kansas State Things. Kansas State beat Oklahoma in Norman by 7 which I was honestly pretty surprised at that result. Adrian Martinez had himself a day. Martinez threw for 234 yards with a touchdown and ran for 148 yards and had 4 touchdowns. He can be electric and the big reason why K-State had the upset is that the Wildcats converted 8 of 17 on 3rd down and 2 of 2 on 4th down . . . Kansas State opened as 8.0 favorites and that line has moved to 7.0 and 7.5 in some places . . .

Up & Down in the Big 12. As of right now, Kansas is on top of the Big 12 along with Baylor, Texas Tech and K-State. Those are normal things, right? Three teams still had non-conference opponents as TCU beat SMU in Dallas in the return of Sonny Dykes to the Hilltop . . . Kansas moved to 4-0 on the year beating previously unbeaten Duke, 35-27. Kansas’ offense may have something figured out, 14 yards a passing attempt and 5.2 yards a rushing attempt . . . West Virginia went on the road to beat Virginia Tech, 33-10, and that game wasn’t that close, In Big 12 play, Baylor went on the road to beat Iowa State, 31-24, which is an impressive win for sure. I think Matt Campbell was upset at some penalty issues, but I was definitely out of pocket for this game . . .

For games coming up this week, OU travels to TCU and is currently a 5.0 favorite. I can’t imagine OU going 0-2 in the Big 12, but stranger things have happened . . . Oklahoma State goes to Waco to play Baylor where the bears are favored by 1.5. I think Oklahoma State is the better team, but they haven’t had really tough non-conference competition and they were just off last week, so they’ve had 2 weeks to prepare for Baylor . . . Will Iowa State be the first team to knock off Kansas. ISU isa favored by 3.0 . . . West Virginia is in Austin to take on Texas with the Longhorns opening as 10.0 favorites . . .

Internet Things. This speaks to me more about running than anything else I’ve watched.

“It gets easier. Every day it gets a little easier. But you got to do it every day. That’s the hard part. But it does get easier.”

And I don’t care if I’ve posted this before, I’m posting it again.

CBS Sports’ Dennis Dodds writes that further realignment is possible because the media rights packages are still quite the item and with Amazon being very good at Thursday Night Football, maybe they get involved sports as well . . . ESPN’s Pete Thamel reported that the Big 12 is set to hire the AAC’s Scott Draper as the new vice president in charge of football . . .

Other Observations. I saw the video of the Texas Tech fan pushing a Texas player and without a doubt that person should be found and no longer be permitted to attend Texas Tech events. Bad fans are bad, while I generally think that the number of bad fans is very small, but tend to, unfortunately, be part of the definition of a particular fanbase. My guess is that 99.9% of the fans that rushed the field were just trying to have a good time because it was quite the event. I also hope that his friends absolutely whipped his ass for being such a dipshit. I did see that Texas Tech is looking for him and would guess that he’ll be outed sooner than later and be made an example of because his behavior was not appropriate . . .