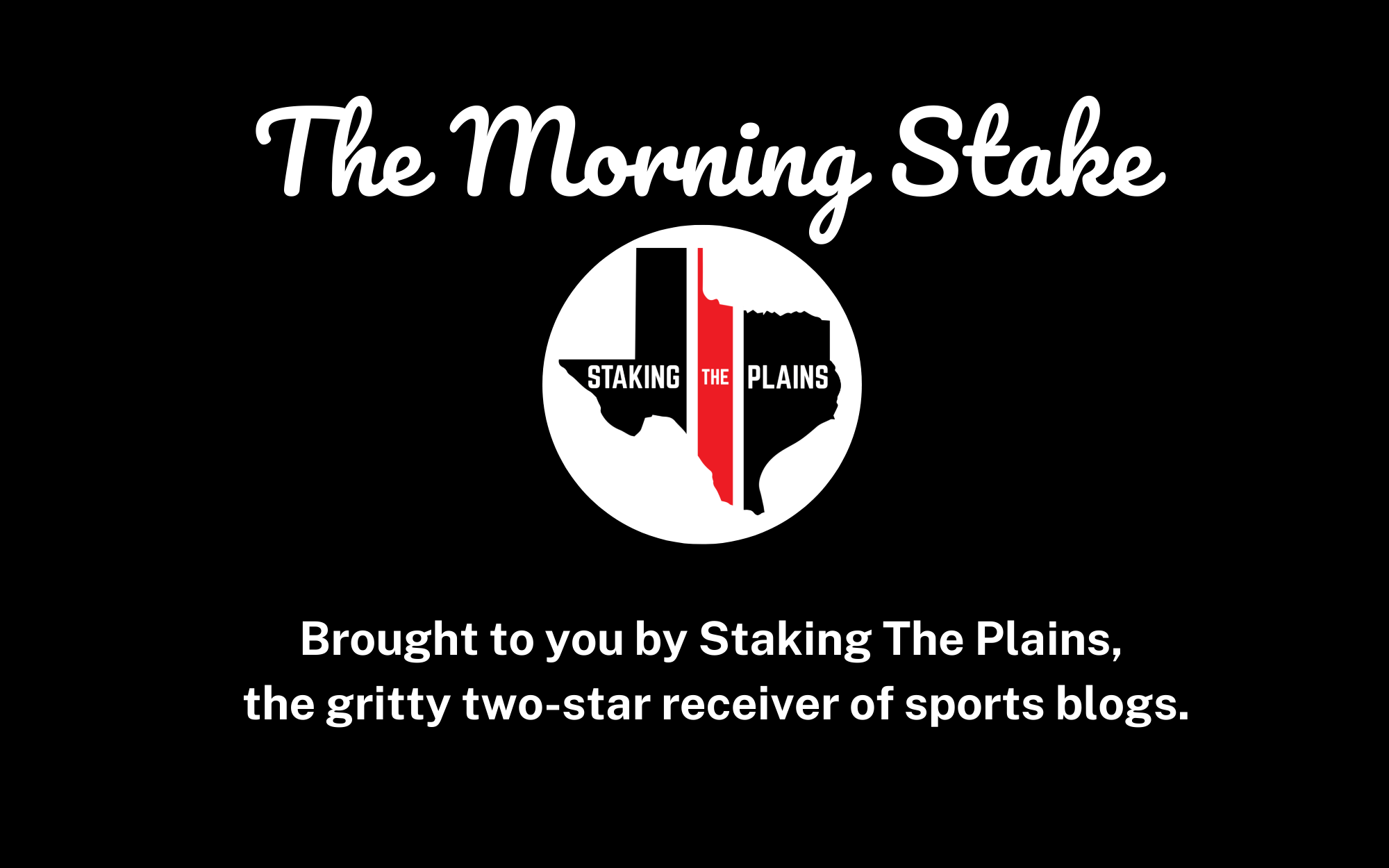 Wish there was more.

“The Red Raiders remain the steadiest program in the Big 12, having finished inside the top three of the standings in each of the last seven completed seasons, all of which resulted in NCAA tournament appearances”. – @d1baseball#WreckEm | https://t.co/ioMva0e0QM pic.twitter.com/yjWFDNdkuS

The basketball headed out on their annual retreat and there’s more photos and practice clips at the MBB Twitter account, which you can click on over to see a beaut of a pass from Batcho.

The Texas Tech right tackle will head back to Oklahoma State, where he spent the first two years of his collegiate career before transferring in the offseason. As much as he downplayed his personal return, Mills acknowledged there will be a different feel. But he expects the environment to be just the same.

“I think you’ve just got to embrace it.”

For Eldridge, this will be his fourth time playing against his childhood best friend and Cowboy quarterback Spencer Sanders. He spoke about the opportunity to play against one of his closest friends.

“Since I was four, he was five. My first football game was against him,” Eldrigde said. “He is winning the series right now two to one since I’ve been here. So, we’ve got to tie it up this weekend.”

Eldridge spoke about the defense’s plan to stop the all-conference quarterback and what he believes they can do.

“I think his ability to extend plays his ability to run makes him that much better,” Eldridge said. “So, if we can contain him, which we definitely can, we contain him. I think we’re going to have a really good shot at making him one dimensional. That’s really what I think we should do this week.”