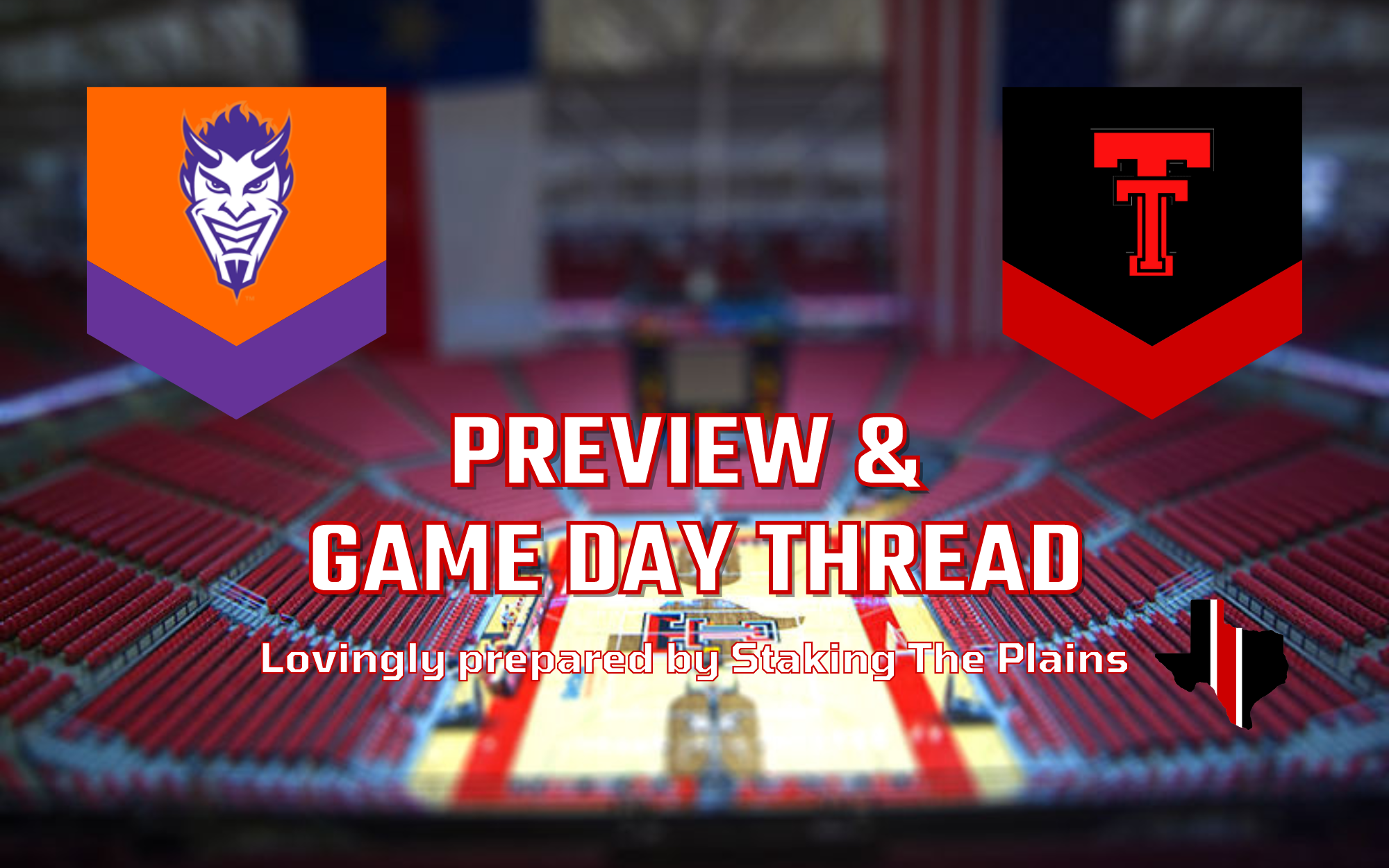 1. Stats. Starting out with one of the worst teams in the nation. Yes, that is correct. The Demons are terrible and although these are projections, my guess is that every player for Texas Tech plays tonight.

2. Scouting. One of the best things about T-Rank (I know that I’ve gushed about the work that Bart Torvik does and it is a terrific site and resource) is that they have their Top 10 projected contributors and that’s what I’ve used to fill in the starting lineup for NW State. Black and Sharp should be the leading scorers, Black is projected to score 17 and Sharp 13. Kuath is projected to be the leading rebounder.

3. How They Match Up. Texas Tech should have a pretty significant size advantage, especially with Obanor and Batcho projected to start. I should also mention that my projections are just that, which is a best guess and I have no inside information to tell you. I’m anxious to start the season so that I actually have something to write.

What to watch: Second-year coach Mark Adams is again looking for a quick rebuild, replacing nine of his top-10 scorers from a year ago, primarily through the transfer portal. Kevin Obanor (10.0 ppg, 5.5 rpg) is the lone returning starter and he expects to take a step forward offensively. Former Oregon and Oklahoma guard De’Vion Harmon (10.8 ppg) was a 36.7% 3-point shooter a year ago. Other key transfers include North Carolina’s Kerwin Walton, Texas’ Jaylon Tyson and Utah Valley’s Fardaws Aimaq.

Bottom line: With the roster nearly entirely new, Adams focused on improving the Red Raiders’ 3-point shooting while hoping to maintain their elite defense. But there are a lot of unproven players on the roster, which could lead to issues.

Texas Tech begins its 98th season of basketball on a 21-game home winning streak after going 18-0 at the United Supermarkets Arena last season. The No. 25-ranked Red Raiders, who have won 22 straight season openers, start this year by hosting Northwestern State at 8 p.m. on Monday at the USA following the women’s program hosting Texas A&M-Corpus Christi at 5:30 p.m. in a non-conference doubleheader.