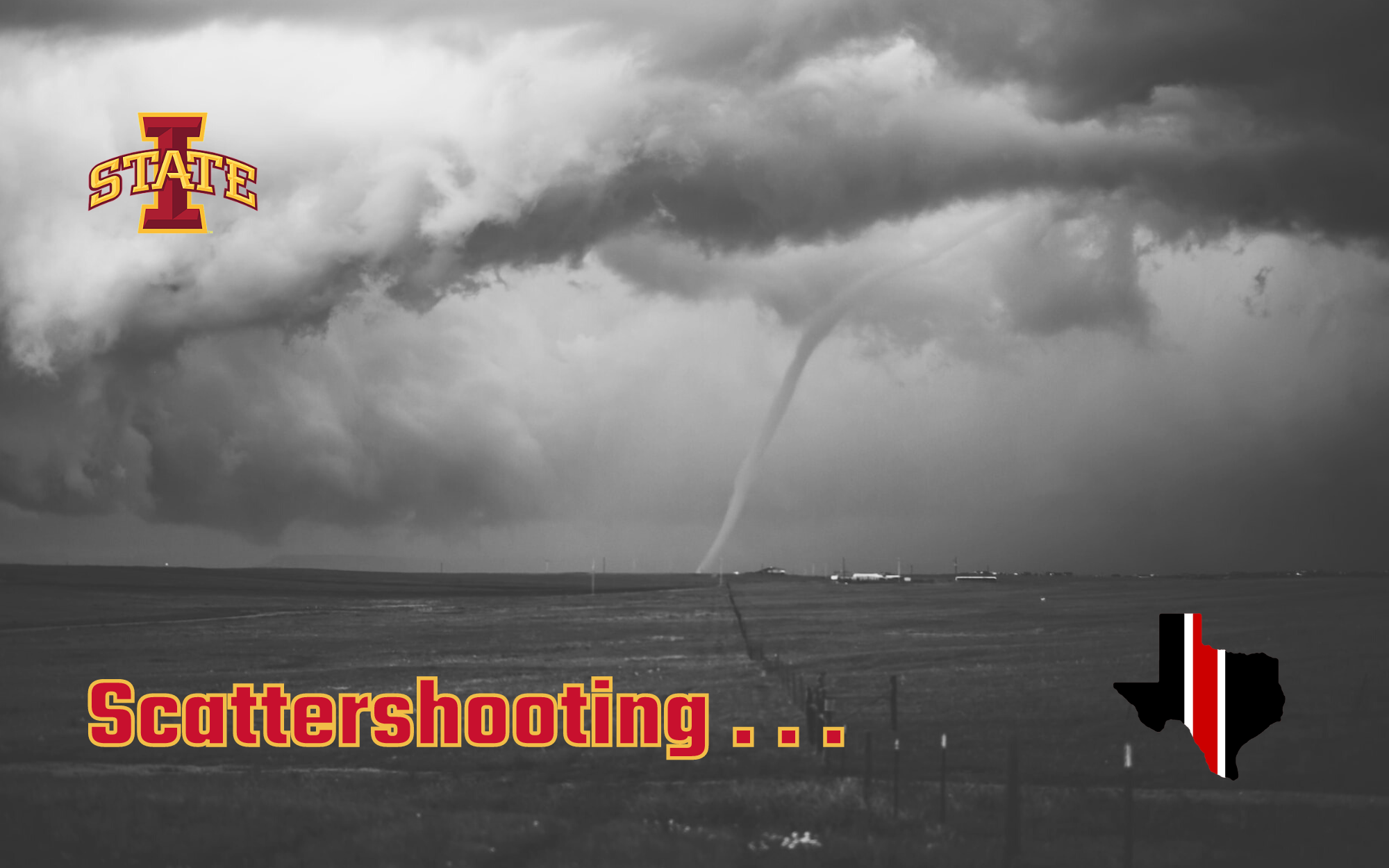 A storm is coming.

Thomas E. Love is an American billionaire who is the founder of Love’s Travel Stops & Country Stores. I don’t think that I ever thought twice about Love’s being the name of a person, but apparently he was. Love was born in 1937 in Oklahoma City, starred in high school at St. Gregory’s High School, then attended St. John’s in St. Cloud, Minnesota, joined the Marines for 3 years, then went to Oklahoma University where he eventually dropped out. Tom is currently 85 years old.

Thinking about St. John’s there’s a book called The Sweet Season by Austin Murphy and it’s about a sabbatical for Murphy and his family who spent a year away from the limelight and chronicled the incredible success of St. John’s and their head coach John Gagliardi who had a record of 489-138-11. Gagliardi didn’t believe in huge practices or hitting during practice and he also coached hockey for a couple of seasons. It’s a good book for sure, I do recommend.

Iowa State Things. The Cyclones are a shocking 1-6 in the Big 12, so eventually the loss of talent over the years finally wore on the Cyclones. They most recently lost to Oklahoma State on the road, 20-14, and if you ever have a question as to whether or not the defense is still elite, you can no longer worry about that because it is still really good. Granted, ISU had the benefit of playing OSU without Spencer Sanders, but it is till a good defense. Iowa State opened as 2.5-point favorites and the Cyclones are now favored by 3.5.

Up & Down in the Big 12. The game of the week was TCU and Texas with TCU just dominating Texas, 17-10, especially defensively. Texas was essentially inept on offense and scored late, but not because the offense did anything. TCU continues their magical season, sits at 10-0 on the year and the Playoff Committee is going to have a difficult time leaving them out of the top 4 much longer . . . The surprise game of the week was Kansas State absolutely thumping Baylor in Waco, 31-3. I would not have seen this coming, but KSU quarterback Will Howard threw 3 touchdowns and never looked back . . . Oklahoma lost on the road to West Virginia and OU and WVU are both 2-5 in the Big 12 for those of you wondering. Neal Brown refuses to go away quietly . . .

The games this week are TCU at Baylor where you’d think that TCU continues their march. TCU is just a 2-point favorite (surprising for me) . . . Kansas State goes to the place where teams leave with a loss, Morgantown, to take on West Virginia. The Wildcats are favored by 6.5 . . . Both teams are 6-4 overall and 3-4 in the Big 12. Yep, it is revenge week for Texas as they travel to Lawrence to take on Kansas. Texas is favored by 9, but you throw out the records and everything else when the Jayhawks and Longhorns meet . . . It is Bedlam week as Oklahoma State is in Norman to take on the Sooners. Don’t ask me how or why, but the Sooners are favored by 6.5 . . .

We know that sweetening already-sweet potatoes was an acceptable culinary practice by the turn of the 20th century, but serving the ingredient with literal candy was still unheard of. That changed in 1917, when Angelus Marshmallow came up with a bold way to promote its product. Prior to this, the marshmallow plant was primarily used to make medicine or luxury confections. Angelus was the first company to mass-produce the squishy white treats we now think of as marshmallows.

To get people on board with the new food item, Angelus’s marketing team sought help from Janet McKenzie Hill, founder of the Boston Cooking School Magazine. They hired her to develop a booklet of recipes highlighting marshmallows as the starring ingredient, thus showing American consumers how to use the product in their everyday lives. The most influential of these recipes was for “mashed sweet potatoes baked with a marshmallow topping.” According to Saveur, it’s the earliest known instance of a marshmallow-topped sweet potato recipe in print.

Other Observations. Is this the best sports time of the year? We have college basketball, the NBA, NHL, NFL, and college football all happening at the same time and depending on your sports fandom and the day of the week, you can watch a football game every day of the week for the next few weeks, between the NFL and MAC-Action, the NBA has games seemingly every other evening. I won’t lie, I don’t have time for the NHL, but I’ll watch the heck out of some highlights, same thing with the NBA.

And to add to things, I’m an English Premier League fan, particularly Tottenham Hotspur and normally we have the EPL games really early on Saturday or Sunday mornings, which is awesome, but add the idea that we’re going to have the World Cup served right up as well just adds to the sports calendar. At this point, there’s too much sports.