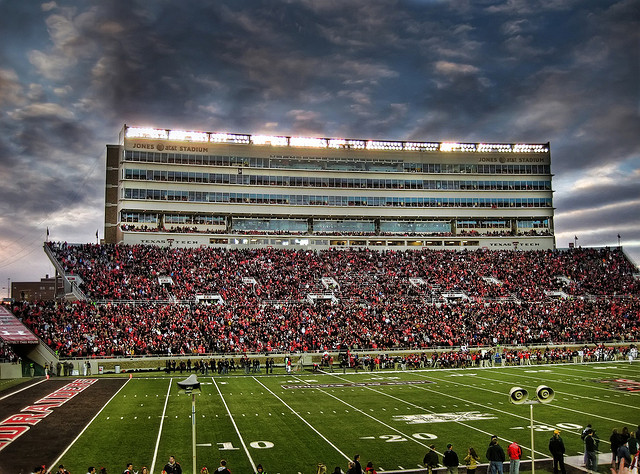 Texas Tech’s secondary may be the most loaded position group on the team (second to running back) as there is a ton of depth and competition at every spot.

Anyone else think that those safety spots are crowded and that’s a wonderful feeling. It seems that the safety spots have been ones of a starter and then having to play walk-onss because there just wasn’t anyone else or the coachign staff didn’t want to take off redshirts. And now, I think I’ve got the 4-star incoming freshman third or fourth on the depth chart and that’s a terrific thing because there is depth here and now, we get to see if these guys can play. The guys that I’m wondering most about are Barnes, Dixon and Hendrix as we’ve seen glimpses, but not enough (with Barnes and Dixon) for me to properly form an opinion.

The best news though is that there are options, lots of options. Options create competition and competition (theoretically) breeds better play. Previously, I don’t know that there was any real competition to truly push any starter. Now, this is a loaded group.

There are just two freshmen at defensive back, the aforementioned Jamile Johnson, who I have at free safety, but honesltly, Texas Tech is running a right safety and a left safety situation, so the free and strong designations are antiquated, but I’m antiquated so I stuck with them. In any event, I think that Jamile is going to have to really work hard to move up the depth chart because I do think the coaching staff loves, at the least, the two-deep, and I think the three deep is going to be tough to beat. Love it. Also, Christian Taylor is most likely going to redshirt. He’s got to get faster. He has plenty of hit in him, but he needs to increase that speed. Joseph Clark is a promise done right, as the coaching staff promised Clark a scholarship if he would greyshirt after injuring his knee. I think that Clark will most likely sit out this year as well, rehabbing that knee as there’s no reason to play him until he’s absolutely ready.

I could envision a situation where this group has significant improvement. Significant. Let’s go group by group:

At left cornerback, there’s going to be significant competition between Nelson, Madison and Banks. With Banks, you have a guy that was pretty much hand-picked by defensive coordinator David Gibbs and at the very least, I think he, along with just about anyone else, can help with the nickel coverage, depending on the size of the slot receiver. I very much see Madison pushing Nelson this year because of Madison’s quickness. At right cornerback, I think Bethel’s biggest issue isn’t down field, but in the nitty-gritty and laying hits on bigger receivers. Step-for-step, he can keep pace with anyone, but he’s got to be a vicious tackler and not lose his man in goal-line situations (see the spring game where Dylan Cantrell scored easily — that was Bethel’s man). I don’t know what to think about Nguema other than he he’s stuck with the program for a long time. I cannot remember a specific time where Newbold hit the field.

At strong safety, Gaines is your starter going into the season, but he has to figure out how to play injury-free and truthfully, I like the range of Dixon and Barnes quite a bit. I think they’re going to be players. At free safety, the same thing goes for Ward, who I think will hit just about anyone and anything, but he’s got to be better in coverage. Hendrix is all hype at this point, a physical specimen and we don’t know if he can play just yet. Jah’Shawn Johnson needs to add weight at the safety spot and if he doesn’t then Jamile Johnson will have an easy time leap-frogging Jah’Shawn.

Depth and experience usually mean that good things are going to happen.  I’m really excited for this group.