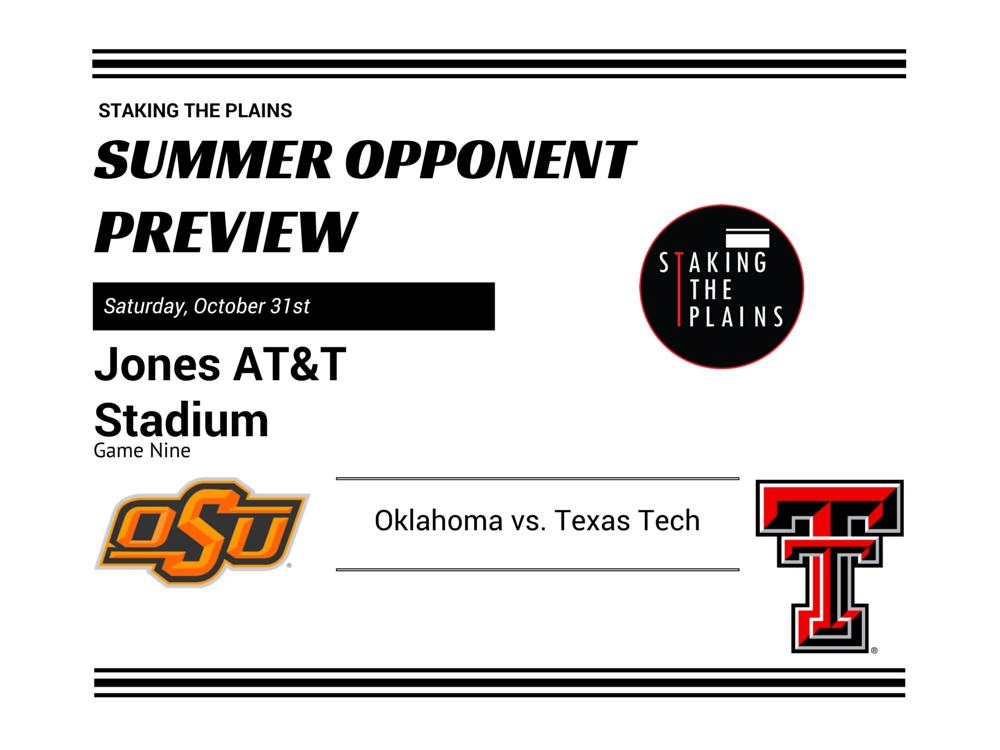 We get our initial look at Texas Tech’s 9th opponent, the Oklahoma State Cowboys. Rudolph has a small sample size, so I’d largely ignore the negative rushing plays, although it may speak to the fact that he’s not as mobile as Walsh, but I think this is due more because of a small sample size than anything else. I also find it funny that OSU lists Walsh as a returning starter, but whatever. The running back will need some help, and that may come from a highly-touted JUCO running back, but the receivers will need to step up. Eh, there’s not much here. Lots of potential, but not a lot of proven playmakers. Sheperd is the odds-on favorite to take a huge jump, but based on last year, not a ton of big-time plays made. Now we get to the good stuff. There’s no doubt that the strength of Oklahoma State’s team will be based on the defense. Yes, they do have to replace the interior of the defensive line, and that could be problematic, but there’s a lot of good here. Again, lots of guys here that make big plays and Ogbah is as good as anyone in the conference at that defensive end spot. Not to mention, but a linebacker that makes as many plays as Simmons does and a cornerback like Peterson that makes so many plays on passes, this is again, some pretty good stuff.