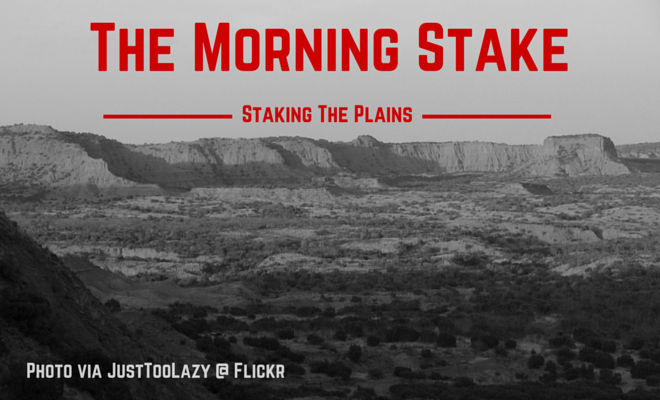 Ticket Giveback. Via the official site, Texas Tech is instituting it’s Red & Black Give Back Program, where if you are a student, you can give back your tickets so that some non-profits and charities can utilize those tickets. Applies to both the men and Lady Raider programs.

Checking in on Thompson, Pipkins and Coley. LAJ’s Don Williams (I apologize in advance if I have already posted this, but I can’t recall and I’m too lazy to go look) writes about IR Donta Thompson, who the coaches started out on the outside but have moved inside during the course of the year. Wide receivers coach Darrin Chiaverini says that Thompson could provide some versatility to the offense:

“You see it around the Big 12,” Chiaverini said. “Other teams have it. It creates matchups. You can split them out. You can do some stuff to put them on linebackers.

“It makes a team have to stay in base (defense), because he can put his hand in the dirt and also stand up and run option routes, so it’s a good matchup to have.”

RRS’s Aaron Dickens checks in on DT Ondre Pipkins, who is redshirting this year after transferring from Michigan:

He has looked good. He came in at about 345 pounds. I told him I wouldn’t start practicing him until he hits the 320s, so he got down to about 322 so he started practicing. He got the most reps in practice just a couple days ago. I sprinkle him in here and there. It is surprisingly crazy how twitchy he is for being that big. It reminds me of a lot of guys in the NFL. He is extremely strong, he has just got to do a good job of protecting that knee. He adds huge value to the room because he has played the game, he understands the game of football.

“He’s got good range, and he’s got good burst for a big guy,” Chiaverini said. “It just comes down to developing his game and most importantly, being consistent. That’s the key for any young receiver in this offense is the ability to not just do it sometimes, but be consistent catching the ball, with your routes, your depth and spacing.”

Getting Out of That Rut. LAJ’s Don Williams writes that this bowl game provides an opportunity for both Texas Tech and LSU to get out of their late-season losing streaks:

Tech knows a thing or two about getting a bowl win pick-me-up after sagging at the end of the regular season. The Red Raiders were on a five-game losing streak when they stunned No. 16 Arizona State two years ago at the Holiday Bowl.

And they’d lost four of five before beating Minnesota three years ago at the Meineke Car Care Bowl of Texas — same game, same stadium, different sponsor as this year’s game.