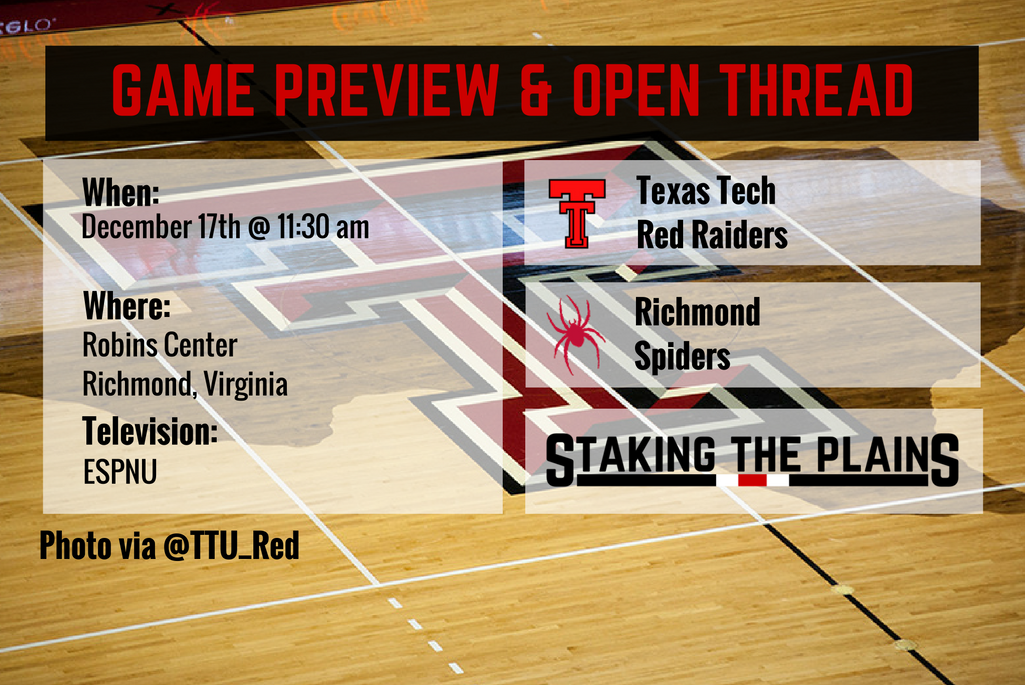 The Red Raiders have their last non-conference road game before starting conference play.

2. T.J. Cline really is a pretty remarkable player for Richmond, averaging 18 points a game, nearly 7 rebounds and over 5 assists per game. The ability to share the ball like that while socring at such a high rate is pretty impressive. Oh, and Cline shoots 52% from the field.

3. ShawnDre’ Jones is the other outstanding player, scoring 18 points a game, making 52% of his shots and 41% of his three-point shots and also dishing out 3.6 assists. Jones and Cline are the two main scoring threats, although Fore also averages double-figures. This could be a really important game for Devon Thomas, who will likely match up with Jones. Should be a fun match defensively.

4. The interesting thing about Richmond is that as a team, they shoot 31%, but Cline and Jones both shoot the ball pretty well. What that means is that despite those two guys lighting it up, the rest of the team can’t shoot or score if their lives depended on it. Well this is an overstatement, but you get the idea. The team shoots 31% overall despite having their two leading scorers shoot very well

What will it take to pick up the road win at Richmond tomorrow? Find out in today’s Bench Talk with Beard. #WreckEm pic.twitter.com/iUaVJodBhI