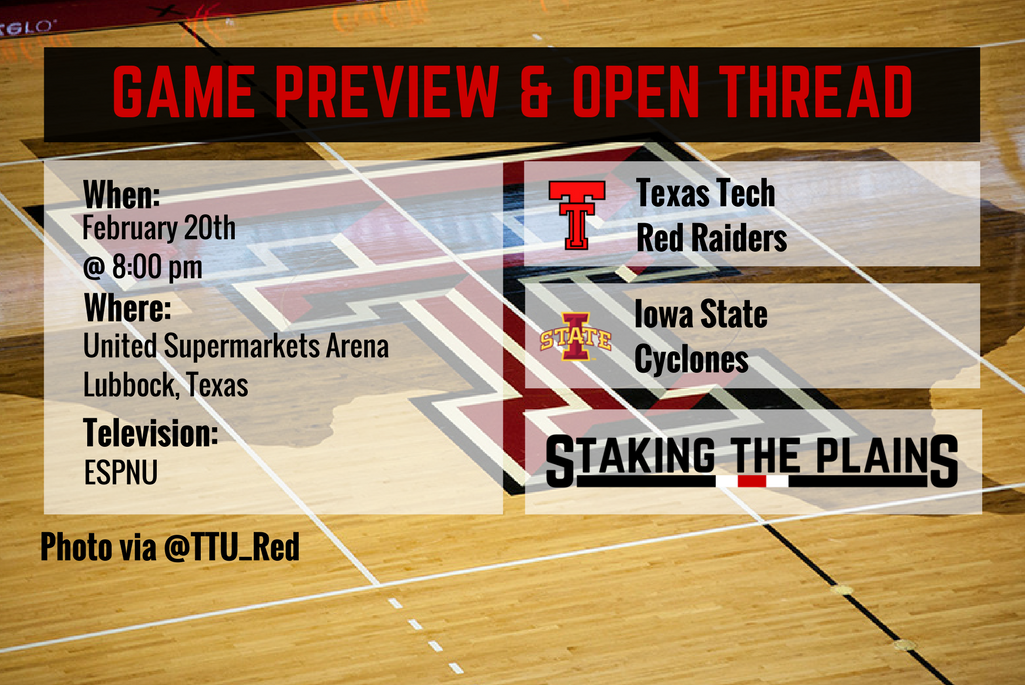 The Red Raiders look for a huge upset at home against the Cyclones.

2. Iowa State is on a bit of a streak, having won their last three in relatively easy fashion, whipping up on Oklahoma, Kansas and TCU, although only Kansas State was on the road. I think that this is largely because of the better defense that Iowa State is playing. If find their lineup to be one that is strange in that they don’t really play with a power forward and yet they still have a better rebounding margin than Texas Tech.

3. Texas Tech played a game out of character against West Virginia, turning the ball over and getting severely out-rebounded. It’s usually close for Texas Tech and not by 13 rebounds. I think Texas Tech has some advantages against Iowa State and I think the match-up between Morris and Evans is going to be one of the best we’ve seen in a while.

5. The last time these two teams played, it was a relatively close game. Texas Tech didn’t really play very well at all, shooting 38% from the field and 28% from the three point line while losing 63-56. That was one of the first road tests for Texas Tech and I’d expect some friendlier rims for Texas Tech at home and the ability to put up some points on the Cyclones. Texas Tech is pretty desperate at this point, needing all of the wins they can get while Iowa State is in a three-way tie for second play. They’re playing to finish strong too. I’ll still take Texas Tech here in a close game.