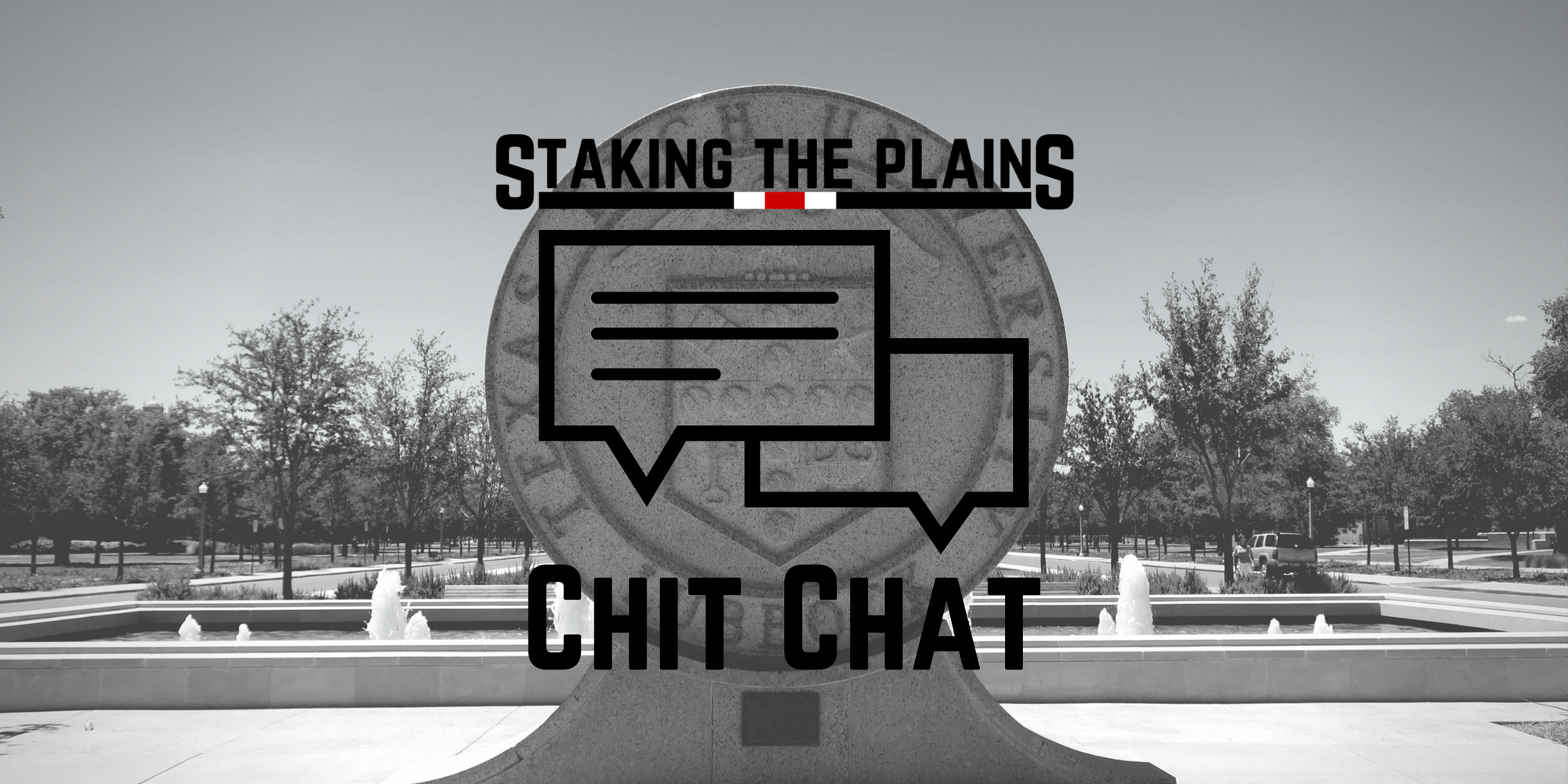 Seth: Oh hey! I forgot to start the chit chat on Sunday. I’m running a bit behind so if anyone wants to start feel free. Remember it’s 100 credit points assigned to whomever you want on the team.

Brian: This week I’ve got my points split up a bit more. Starting with the defense, I’d like to give 15 to the linebacking corps. They’re definitely the strength of the defense, and the Brooks+Allen combination has been great for the first 2 games. Next I want to give 15 to the good portly boy Mych Thomas, who constantly seemed to be making noise at & behind the line of scrimmage.

Moving on to the offense, I’ll give 10 points to Shimonek, who looked very good, though I’m quite worried at how he’s been throwing off his back foot and turning his back to the pass rush (cough Ed Oliver cough). 15 each goes to Cantrell & Coutee, who each began tears that I hope last through conference play. 15 points go to the first half play calling, which was stellar. Just keep running the ball, Kliff. Mason Reed deserves 5 points for both his blocking and TD.

And last, 5 points goes to the family of that young man that Cam killed on his touchdown. At least he went out quick with no way of knowing what happened to him

Oops, make that 10 for Mason Reed as I believe my math was wrong.

Michael: I don’t mean to cop out here, but I’m having a hard time coming up with any significant changes to what Brian laid out. Mych Thomas had a great game, especially that first half. The only thing I would change is to figure out a way to work Willies in to the mix for his blocking and overall play without the ball. To do that, I would actually degrade the playcalling from a 15 to a 10 and give 5 points to Willies.

Even though you specified first half play calling, that second half really made even a layman like me wonder what the heck Kingsbury was thinking. It affected how I thought of the first half, which started out with three passes and a three-and-out (again). Still, #teamkliff.
Embed from Getty Images
Seth: I saw Michael’s message first and so I decided to do this blind, without reading Brian’s answer because I didn’t want to be influenced by superb answers. I’m giving Mych Thomas 15 points because he appears to have worked really hard to be where he is today.

I’ve got Nic Shimonek with 15 points. He’s been absolutely incredible for this year and it’s going a bit undervalued because because of how well Mason Rudolph and Baker Mayfield are also playing. I’ve got 10 points for Keke Coutee because 186 yards is just dumb. Dylan Cantrell gets 15 points from me because he rushed the heck out of the ball for those three yards and he caught everything coming his way.

I’m giving Dakota Allen 10 points because he made some big plays, some game-changing sort of plays during the game. Jordyn Brooks gets 5 points because I think we need give points to a linebacker that is the team high in tackles and that deserves to be rewarded.

Ja’Deion High gets 10 points from me because when you do as much as he does, including blocking a punt and doing whatever is asked of him each game, then he needs some credit.

And how about 10 points for the blocking wide receivers and that includes Antoine Wesley blocking for Mason Reed and Donta Thompson blocking for Cantrell on his rushing touchdown because those were huge and sustained blocks.

And I’d like to give some points to the defensive line, who came up really big in the end with some terrific plays, including Eli Howard and Zach Barnes as well as some good plays by Broderick Washington and how about limiting that Arizona State rushing offense that embarrassed this team last year.

I hope like heck that’s 100 points and no one better check my math.

Brian: Oh Ja’Deion High is a great call, his punt block was beautiful

Spencer: For me, I’m giving 20 points to Shimonek. Dude was lights out again and came up clutch when he needed to. He might have the quietest, best year of the Air Raid QBs we have known because of all the weapons around him. Through two games, he’s completing nearly 79% of his passes, has more than 900 passing yards and 9 TDs. At this pace, he’ll throw for more than 5,500 yards and 54 TDs – which are better than 2007 Graham Harrell numbers.
Embed from Getty Images
10 points each for Cantrell, Batson, and Coutee who each made fantastic plays. They all made huge plays and were instrumental to the offenses success.

On the defensive side, 15 points each for Dakota Allen, Brooks, and Mych Thomas. Just like the three receivers listed, they all had big plays and were key pieces to the defensive performance.

And finally, with my remaining 5 points, I’ll recognize the special teams play as a whole (they probably deserve more than that). They made all the kicks, didn’t allow big returns, made a key punt block which led to points, and besides the kick out of bounds to start the game, handled their business.

Michael: Completing 79% of your passes is insane, especially when that includes throw aways under pressure..

Seth: Batson’s juke is even more impressive here you guys.