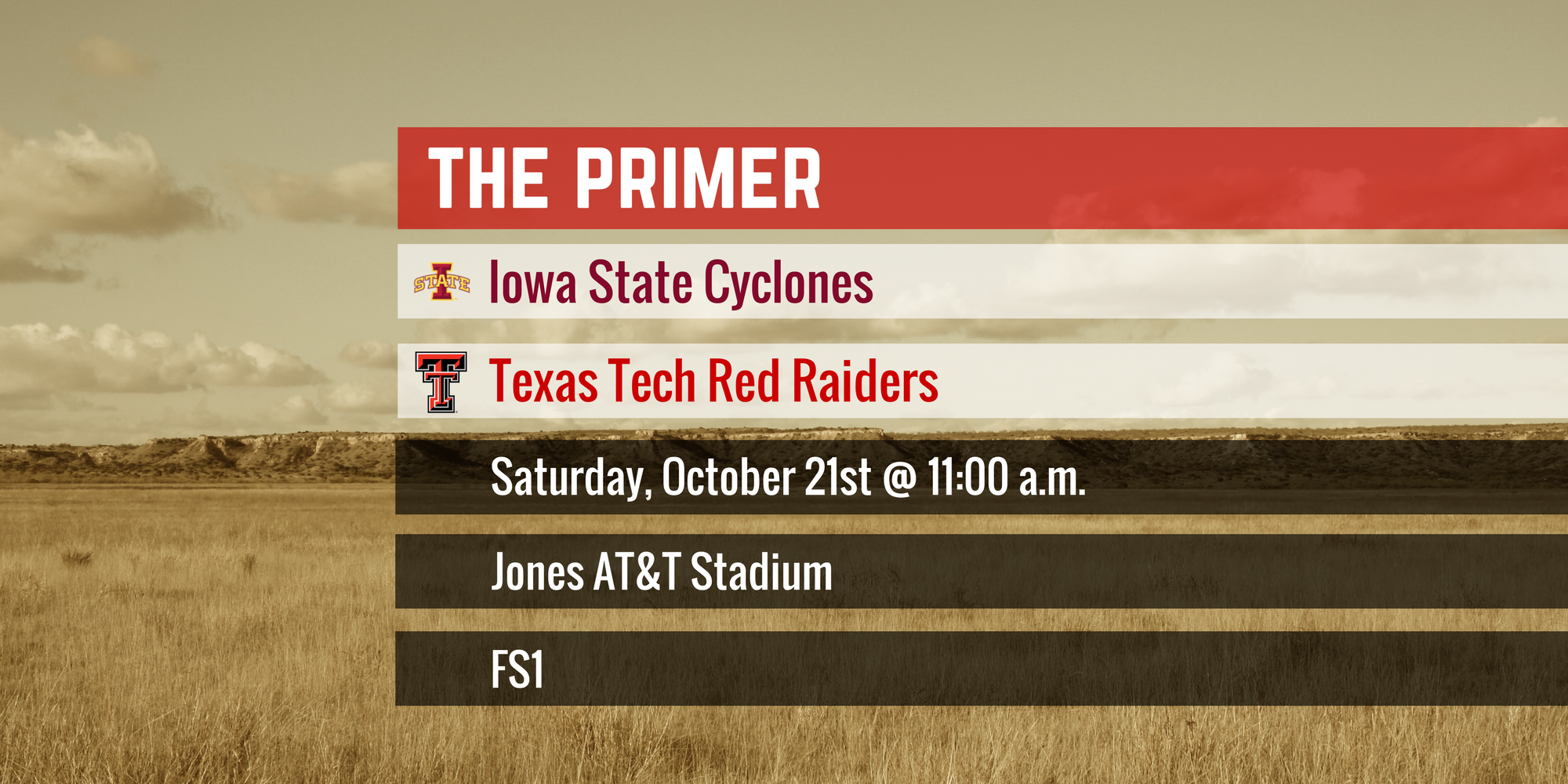 We take a look at the Iowa State Cyclones.

Iowa State absolutely throttled Kansas, at home in Ames to a tune of 45-0. This game really wasn’t even close from the beginning and the funny thing is that Iowa state only had 318 yards of total offense (yet still scored 45). That’s a pretty neat trick. Iowa State is essentially in a spot similar to Texas Tech, although the Cyclones aready have two conference wins, against Oklahoma and against Kansas. They did drop a Thursday night affair to Texas.

Meanwhile, Texas Tech was dropped in Morgantown by 11, 46-35 after a great first half, the Texas Tech offense faded and the defense gave up a ton of points. there was really no flow for Texas Tech in the second half in any way shape or form.

Texas Tech needs this game in a desperate way if they want to get to 7 or 8 wins. Heck, the same could be said for Iowa State too and I’m sure they feel the same way. Both teams probably feel the pressure to win this game. This really is a situation where both teams are attempting to stay out of the cellar and this could be quite determinative of that situation.

What to Know About Iowa State

The biggest question will be who plays and starts at quarterback. The safest guess would be that senior Kyle Kempt (6-5/210) gets teh start and is then supplemented by throwback linebacker / quarterback Joel Lanning (6-2/230) who is essentially a running back but playing quarterback. Kempt hasn’t been great (he was great against Oklahoma), but he’s been very good for two games. For whatever reason, the combination of Kempt and Lanning has worked well enough to beat OU, in Norman and then to take care of business with Kansas.

At running back is the incredibly good David Montgomery (5-11/219) who has been fantastic running the ball, while Mike Warren (6-0/211), who absolutely gashed Texas Tech a few years ago, has a fourth of the carries and not nearly the success that Montgomery has had.

Maybe the best part of the Iowa State offense is the giant receivers, senior Allen Lazard (6-5/222) and Hakeem Butler (6-6/219) are obviously match-up problems for teams that have receivers that are around 6-0. The Cyclones do have small receivers, but truthfully, it’s about 4 guys that contribute, including Lazard and Butler. Seniors Trever Ryen (5-11/193) and Marchie Murdock (6-1/205) round out that top four and they’re okay, both averaging about 13 to 15 yards per catch.

Via OddsShark, Texas Tech is an early 5 point favorite, which means that the Red Raiders are getting three for being at home and Vegas initially thinks that Texas Tech is just 2 points better. And as of this morning, the line has moved to -6.