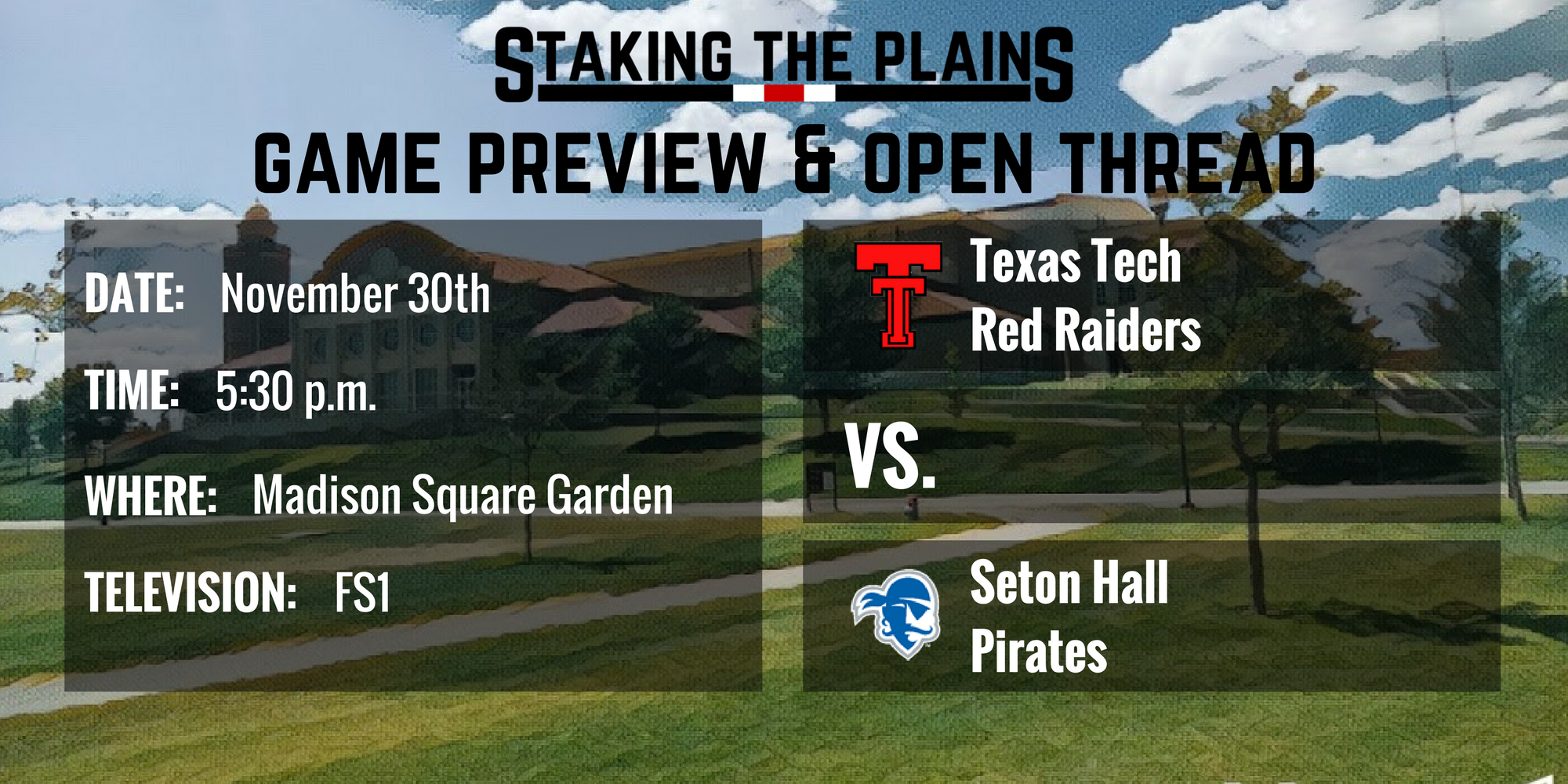 The Red Raiders travel to New York to take on Seton Hall.

1. KenPom has Seton Hall as the 25th best team in the nation, 32nd in AdjO and 27th in AdjD. Texas Tech has bounced to 16th in their rankings, 34th in AdjO and 9th in AdjD. That’s some good stuff right there. And as we look ahead to Nevada, they’re currently 47th overall.

2. Delgado is a beast inside and if Texas Tech wants to get ready for what they’ll likely see in the Big 12, then Delgado is a really nice preview.  Head coach Chris Beard said that Delgado is a walking double-double and that’s true. He’s also really strong and incredibly athletic. This is going to be a real interesting match-up for Texas Tech. Hamilton isn’t exactly a great athlete and Zach Smith is a bit small to take on Delgado inside. The best option might be Odiase. He’s been slowly but surely building his minutes and this might be a nice opportunity to see him shine.

3. I may be able to write about this each game, but Texas Tech definitely has a stronger bench, thanks to the three freshmen who are receiving a ton of minutes. Don’t forget about Moretti who is probably dishing assists at a higher rate that Evans, while that may be somewhat easy to do when you have guys like Zhaire Smith and Culver on the wings. Culver’s 7 assists and Zhaire’s 5 assists against Savannah State should let you know that these freshmen sorta get “it”. Share the ball and it will come right back to you.  And having guys like Zach, Gray, Niem, Culver, Zhaire, etc. can make a guard’s life incredibly easy.

4. Seton Hall has one last-second blemish on their 5-1 record, losing to Rhode Island on a buzzer beater. They’ve beat their fair share of not so great teams, but they beat Indiana handily and they they took care of business against Vanderbilt. I don’t really know how good those teams are, but they did beat them somewhat easily. Seton Hall’s best attributes are probably on defense, but those KenPom stats don’t play that out.  I still think a guy like Delgado in the middle can really change the way a team plays.

5.  This is probably a toss-up game for Texas Tech and one that could probably go either way. For the record, Vegas has Seton Hall as 1.5 point favorites so the guys that make all of the money also think the game is essentially a toss-up. Seton Hall is essentially playing a home game and I haven’t really doubted this team since the exhibition game against Angelo State, which has been the best contest for this team thus far. That’s saying quite a bit, that when the lights have gone on, Texas Tech has performed.  I’ll take the Red Raiders here and I can’t wait for this game.