We dig into the passing offense of South Florida. 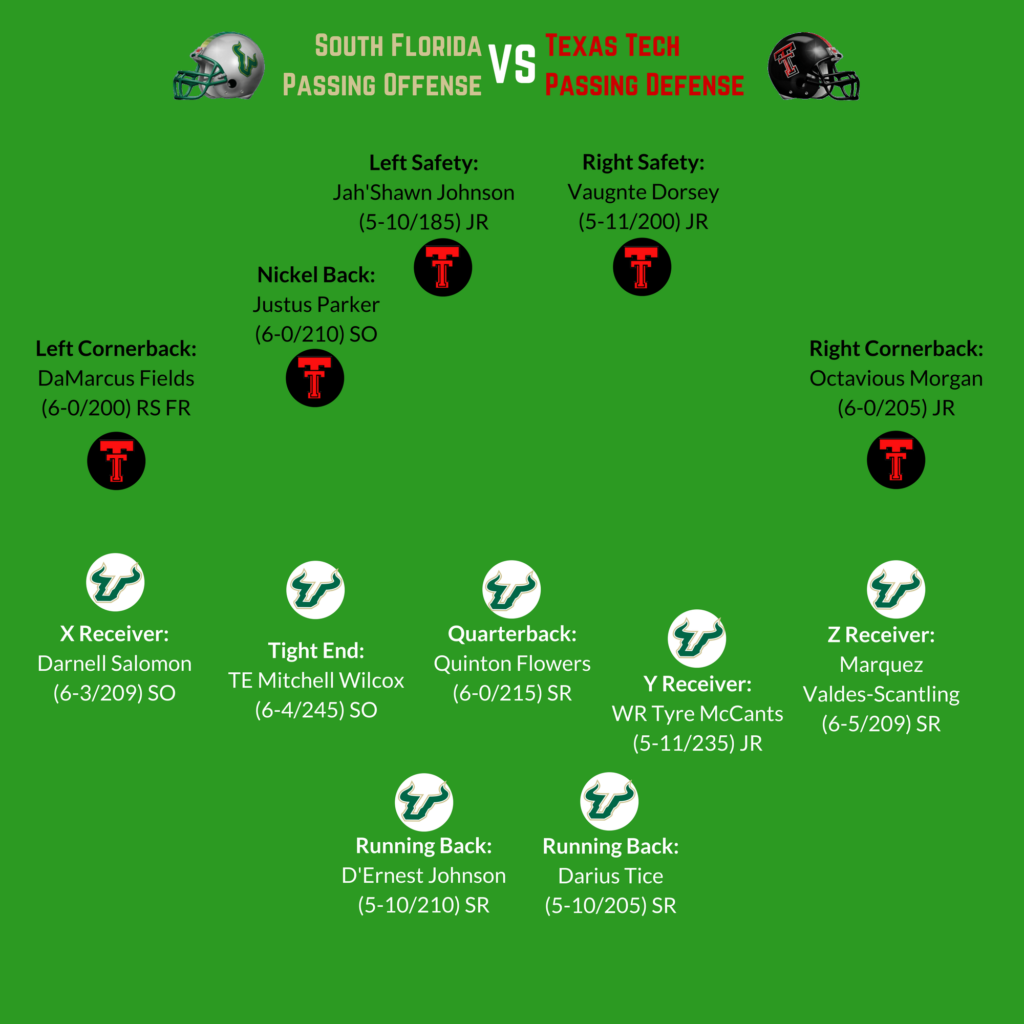 Of all things, Quinton Flowers was maybe even a better passer last year with a QB rating of 153.60 compared to 139.60 this year. That’s a pretty decent drop for a guy that was already pretty good, the biggest reason was the touchdowns and simply just didn’t have as many yards per game. Flowers has always been a pretty low interception guy, 6 this year and 7 last year, so don’t expect that from him. Maybe the biggest reason for the dip was the graduation of Rodney Adams, who was by far the leading receiver and appeared to be a pretty reliable receiver (71% catch rate).

The weirdest thing about USF is that statistically, they appear to be okay passing the ball, 54th in the nation. Not bad, top third, right? But the advanced stats tell a completely different story. They are ranked 108th in Passing S&P+, 94th in Passing Success Rate . . . but they are 7th in Passing IsoPPP. That’s right, they make a metric ton of big plays.

And a bunch of those big plays are from McCants, who has the most unlikely frame for what goes for an inside receiver. At 225, McCants is a flipping load, he’s essentially a fullback playing inside receiver and you know what? It works fairly well, better than you might think. McCants has some pretty decent speed and he’s obviously a lot to bring down.

I’ve featured the numbers for Valdes-Scantling, but Darnell Salomon (6-3/215) will also get down the field. He averages 16 yards a catch and almost 10 yards a target and he also has 4 touchdowns.

This was Texas Tech’s biggest problem last year. Gibbs seemingly had a pretty good handle on stopping the run, but opposing teams seemed to really pass at-will on Texas Tech in certain games and the stats tend to prove that out. Texas Tech was 124th in passing defense if you are into traditional stats, but the advanced stats aren’t that much better. Texs Tech was 76th in Passing S&P+, 110th in Passing Success Rate and . . . wait for it . . . 27th in Passing IsoPPP. Yes, that’s right, South Florida’s biggest strength just so happens to be Texas Tech’s biggest strength in the passing game. It will be interesting to see how that plays out over the course of this game.

Texas Tech was in the top third of the country in defensive back havoc plays, which is pretty danged good for this group. Over the course of the year, I tend to not get a chance to look at the Texas Tech side of thigns. I really had no idea that Parker had 4 interceptions and 4 forced fumbles. I knew, but it just never ocurred to me.

Dorsey has been a blessing at one safety, and he has his strengths at supporting the run, he can play, but he needs to be in the right spot. Match that with Jah’Shawn Johnson and you’ve got a really nice safety rotation. The problem though really isn’t with the safeties. Octavious Morgan and DeMarcus Fields lead the team with 7 pass break-ups and that’s all well and good, but teams have a 74% success rate against Fields and 81% against Morgan. That’s not good and that’s been where the problem is for the pass defense. Gibbs has been hesitant to play a bunch of guys at cornerback.