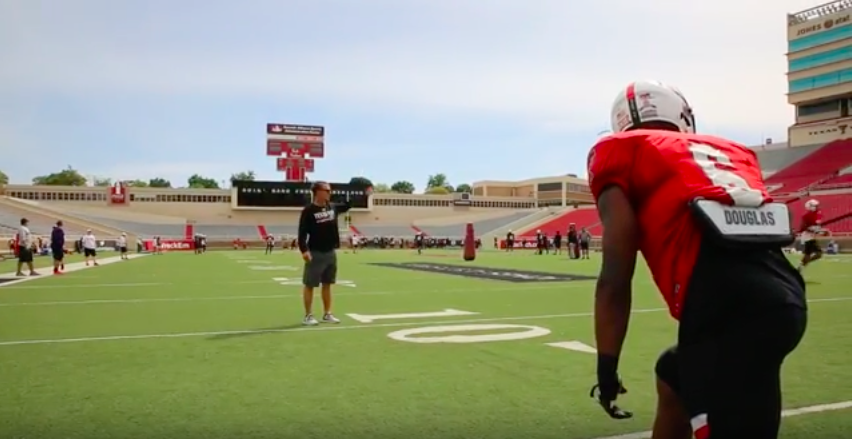 The Texas Tech OC is the new head coach at Incarnate Word.

Incarnate Word in San Antonio has announced that they have named Texas Tech offensive coordinator Eric Morris as the new head football coach for the Cardinals:

“Eric Morris has been a very successful student, football player and coach,” Wickstrom said. “Since UIW Athletics has moved to the highest level of Division I competition, I am excited to have a coach of Eric’s caliber be the one to help turn our program into a nationally competitive program. I am excited for our student-athletes and our campus community to be a part of the next steps of UIW Athletics.”

Morris comes to UIW from Texas Tech, where he spent the previous five seasons as offensive coordinator for the prolific Red Raiders offense.

“I’m excited about the vision and the leadership that Dr. Evans and Dr. Wickstrom have established for UIW athletics,” Morris said. “They’ve been awesome throughout this process. To have what I see as a power-five president and a power-five athletic director to help generate the resources we need to get the program where it needs to go is exciting.

“San Antonio is a great place for my wife and I to raise our family. It’s also a football-rich city with a lot of untapped resources and recruits. There’s a bunch of new blood at UIW and the future is very bright. We’re going to have wholesale change in a lot of ways. It’s something I’m excited to be a part of.”

Morris is the third assistant coach that has left the Texas Tech program this offseason, Joe Robinson was not retained as the special teams coach and Karl Scott was named as the defensive coordinator at the University of Louisiana. Texas Tech will now be looking to replace these three coaches plus add an additional coach as the 10th assistant allowed in the beginning of January.