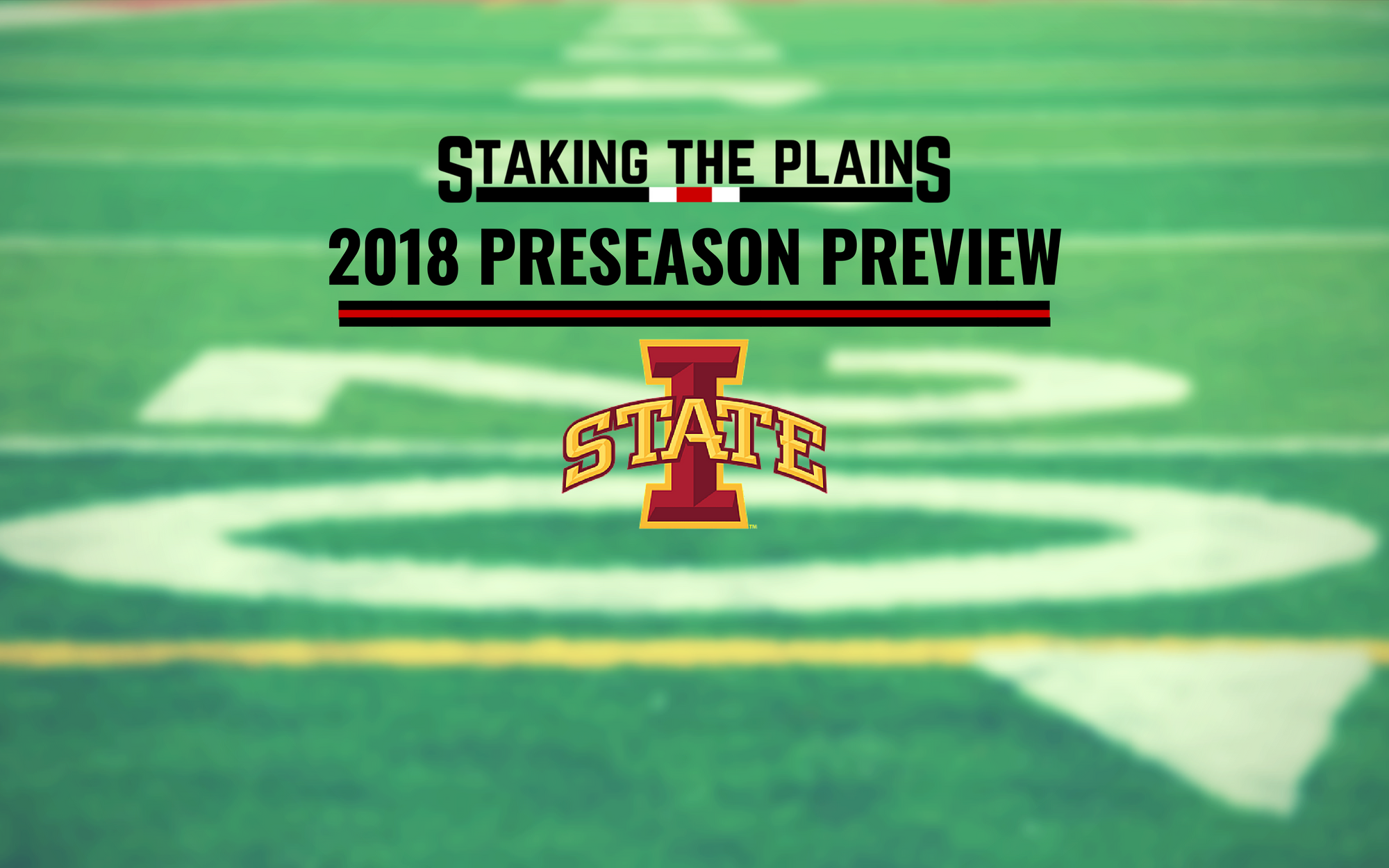 A preview of the 8th game of the year.

QB Kyle Kempt (6-5/224): Kempt was very good, not great, last year, playing in just 9 games, Kempt threw for 1,787 yards for about 200 yards per game, completing 66% of his passes for 7.4 yards per attempt with 15 touchdowns and 3 interceptions. Hardly any mistakes, only 1 interception in a game that they lost, at West Virginia and the other two picks came against Texas Tech and TCU (winning both of those games).

RB David Montgomery (5-11/216): Montgomery ran for 1,146 yards last year on 248 carries, 88 yards a game, and 11 touchdowns. He was the hoss in the redzone and he also was effective catching the ball, grabbing 36 passes for 296 yards. Montgomery rushed for 100+ yards six different times, his season high of 164 was against Texas Tech.

DE JaQuan Bailey (6-2/251): Bailey has 34 tackles, but was really effective from the edge, registering 11 tackles for a loss, which includes 7 sacks, 3 passes broken up, 4 quarterback hurries, and 2 forced fumbles.

CB Brian Peavy (5-9/194): Peavy has started 37 games for the Cyclones (that’s a lot) and last year he had 88 tackles, 6 tackles for a loss, 2 interceptions, 9 passes broken up, and 1 forced fumble. Highly productive from the cornerback position and obviously has been around and been very productive for a long time.

The defense though seems to be an entirely different matter. Jon Heacock has been coaching since 1983, he’s been around, and he centered a defensive line around Ray Lima, a huge defensive tackle that took on everyone and everyone, three linebackers, one of which is 6-1/215 and five defensive backs that can cover the field. And another interesting note is that Tyson Veidt is the linebackers coach and also the assistant head coach. That sort of reminds me of the Mike Jinks assistant head coach situation, but obviously really important to Campbell.

I thought that Iowa State was better on offense than what they were, but the advanced stats sorta tell a different story. Still, when the defense was as good as it was last year, then that can make up for an offense that’s middle of the road at best. And the offense is probably going to be better with a second season for Kempt, although he’s having to replace a ton of receiver production that’s going to be hard to replicate. I’ll be really interested to see if the defense can repeat their 2017 success (there’s no reason why they probably can’t, just really interested to see this story unfold).

Iowa State has won their last two games by 56 and then by 18 points. The 56 point beating is a game that I never watched and there’s probably no point to ever watching that game. Texas Tech went through a nice streak of wins prior to the last two, winning 2012 through 2015, that 2015 was a huge win for Texas Tech, 66-31, that was Paul Rhoads final year as the head coach. The tides have changed quite a bit, these programs have really reversed their situations, a game that was supposed to be a guaranteed win and now Iowa State is the up-and-coming program of the Big 12 with a head coach that is either going to make a career at Iowa State or leave for greener pastures (I kinda think he’ll stay as long as Iowa State pays him, and I think they will).

Disclaimer: To any Iowa State fans, I’m not an Iowa State expert, just trying to learn and educate myself as much as I can over the course of writing this post.