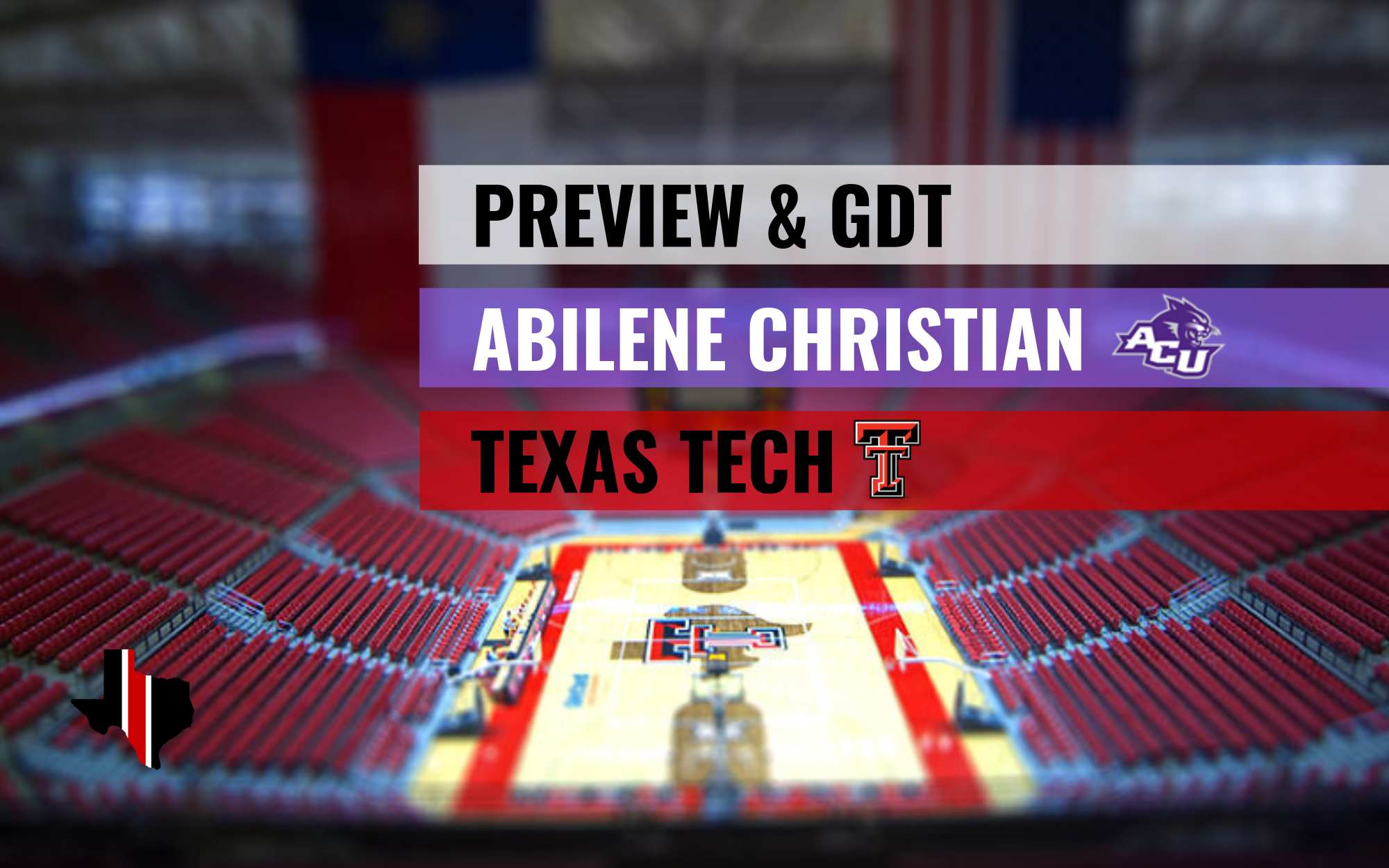 1. Stats. Well, Texas Tech is still really good, especially on defense. The funny thing about these advanced stats is that they’re all supposed to be marginalized and so yeah, Texas Tech is just elite at defense, especially in effective field goal percentage and turnover percentage. Elite. Abilene Christian is a good shooting team and they don’t turn the ball over very much, while they don’t they also force quite a few turnovers on their own. I’m just glad we get a top half team to play against while Duke looms. This will be a much better test than Northwestern State ever was.

2. Scouting. The best players are B.J. Maxwell, Payeten Ricks, and Jaylen Franklin are the best players from an advanced stats perspective. They all three shoot really well and don’t turn the ball over very much at all. The guys that get the most usage, Lewis and Friday, are essentially black holes in that they’ll get the ball and won’t give it up. They’re not as efficient at scoring as Maxwell, Ricks and Franklin, just higher scorers.

3. How They Match Up. This is a pretty traditional starting five for most college basketball teams and most traditional teams don’t have a dominant post presence like Friday is and you’d think that Odiase gets the first call against him and then we see the traditional lineup. I mentioned after the NSU game that I thought that Corprew is just fantastic, effortless in how he plays, and your guy LaBarre notified me in a Slack conversation that the advanced stats absolutely love Corprew and using those advanced stats, he’s clearly the teams’ second best player. The only things he doesn’t do well is distribute the ball and make his free throws, but he’s a terrific shooter and rebounder. He should play more than he does.

Texas Tech gets that chance 6 p.m. Saturday when it hosts Abilene Christian University for the second throwback game inside the building known as “The Bubble.”

“A lot of emotions in this game,” Texas Tech coach Chris Beard said of preparing his 9-0 squad for a difficult test against the Wildcats (9-1). “It starts with all of the respect we have for everybody that’s played and competed in this arena, all of the great coaches and all of the former players. …

“I think everybody in this town has some type of memory with this Coliseum — whether you’re a basketball fan or maybe not so much. I think this game is much more than a basketball game. It’s one final time to come to pay respect to everything that’s happened in this building. Basketball being one of those things.”

A week after beating up on Division III Schreiner, the Abilene Christian men’s basketball team faces a task even more daunting than what the Mountaineers faced at Moody Coliseum.

“The script kind of gets flipped,” ACU coach Joe Golding said after last week’s 93-53 victory over Schreiner. “We’ve had money games in the past whether it be Air Force last year or Denver this year, we also went to Pacific (this year), and we’re starting to win those games. That’s building a program when you start winning those guarantee games.

“That’s a big step for your program. This will definitely be the best team we’ve faced to this point in the year. We’ll have to be ready to go, and hopefully we can keep it close for a while.”

The No. 11-ranked Red Raiders (9-0) are unbeaten through nine games for the first time since 2009-10 after earning a 79-44 win over Northwestern State on Wednesday at the United Supermarkets Arena. TTU leads the nation by limiting opponents to a 32.6 shooting percentage after holding the Demons to 24.5 percent for a season-low. The Red Raiders and Wildcats (9-1) will be meeting for the 27th time with the most recent result being a 74-47 win by Texas Tech last season. The previous meeting before last season was in 1957 and the first game between the two West Texas universities came in 1926 when they split a pair of games.

* I wanted to get to a couple of extra points. The first being that the only way that I think you can watch this game is on TexasTech.TV (see link at the top of the page) and I think you have to pay for it so this thing isn’t going to be on regular television. If you’ve got different information, please let us know in the comments. The second item is that Texas Tech will be wearing the same throwback uniforms from last year and Abilene Christian will be wearing these beauties.

Abilene Christian wearing throwbacks tomorrow. Per spox: “The front script is an homage to our uniforms in the 1950s & ’60s when we had some of the best teams in our history. The ‘ACC’ on the shorts is for Abilene Christian College, our formal name from 1919-1976.” pic.twitter.com/qt5GKlT6VX