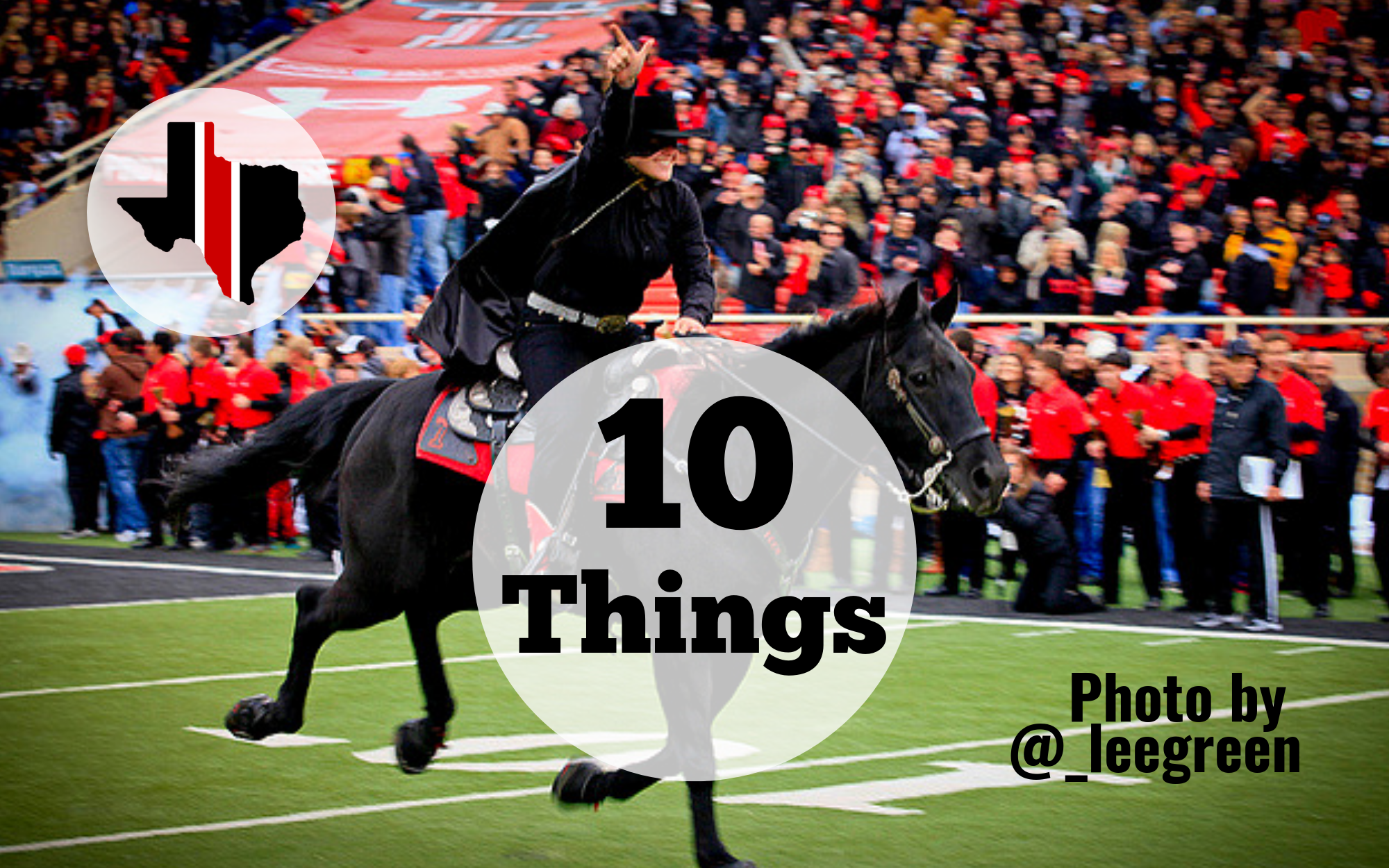 This will not make anyone feel any better, but Oklahoma is a really good football team that’s competing for a spot in the college football playoff and Texas Tech is not. That was the reality before the game and it was the reality after the game.

There’s obviously a handful of things to discuss, but these programs are really far apart. And with Texas Tech playing with a backup quarterback and you’ve just got what’s likely to be a really long day. I thought that 27 points might be close, but I definitely picked Oklahoma +24.5 and those 2.5 points didn’t matter at the end of the day.

I do not know what made this staff think that Jackson Tyner would be a good starting quarterback and the fact that after two weeks of evaluation, this was seemingly the guy that was going to get the win against Oklahoma. I think that most fans who watched just the few plays that Tyner had in mop-up duty, I was pretty confident (like a lot of you) that Tyner wasn’t going to cut it. The fact that the coaching staff didn’t see this when it seemed painfully obviously is problematic for me. This was one of two things that were problematic for the game overall. This really bothers me and I’m not an expert, just a guy with a laptop.

Jett Duffey was better, but the offense overall was not good. there did not seem to be any discernible plan to topple Oklahoma, or I couldn’t tell what it was, not a ton of misdirection or any new wrinkle that I thought that the offense would maybe take advantage of in some manner. And the offense wasn’t particularly aggressive, opening up the second half with a third and one and punting with maybe 6 inches to go and down 34-10. At that point, there was nothing to lose, but it seemed clear that playing things safe this game was the key to the game. And the drive after the Douglas Coleman interception, the 3rd and 8 call to just run the ball up the gut is like running the draw play on 3rd and 11 in the NFL. It’s really just pointless and not much chance of it working.

Almost 200 yards rushing is a positive and SaRodorick Thompson looked good. So there’s that.

I don’t know where to start, but the defense simply couldn’t tackle. I really thought that this team had turned a corner a bit and would at the very least be solid tacklers, but nope. Nope. Simply tackling players in open space would have reduced a significant number of yards after catch. There was a pretty significant regression here and I don’t know that I can explain it. Simply not tackling doesn’t really require much, if any, analysis.

Fake punt was good. Jaylon Hutchings could probably take some carries at running back, but I don’t think that running back is the problem. All 3 field goals were made so good on Trey Wolff. Silver linings. Austin McNamara averaged nearly 49 yards a punt.

So Wells said that Tyner got the ball down the field in practice and man, I don’t see that at all. Not even a little bit. Wells was asked what he told the team and said that this is a process and Texas Tech needs to look at themselves to see how they could be better and be better internally. Wells said that Texas Tech is not where they want to be at this point (not something difficult to admit after this game).

And I couldn’t hear the question, but maybe it was about how does he progress Texas Tech as a program (and something to do with the Oklahoma receivers) and Well said that he needs to recruit better, not have any attrition, develop guys, and just recruit. I still harbor some bitterness with Kingsbury saying that he didn’t put the effort into the recruiting that he could have. I know I’ve got to let things go, but better players = better teams and Wells isn’t wrong. I don’t think that Wells was making excuses with that answer, just stating the obvious.

Wasn’t sure with the question, but the answer was that Wells said that he was a very calculated aggressive play-caller when the time fits, but it is situation dependent.

Wells knows that he didn’t do what he needed to do to win the game. I didn’t hear any excuse-making, but I’m sure I wasn’t listening hard enough.

Oklahoma State comes to AT&T Stadium after beating Kanas State 26-13 at home. Get ready for your 11:00 a.m. kickoff.

Remember that Jim Mora commercial or comment? When asked about something to do about winning the game, he says, “You play to win the game.” So the question for me is, did Texas Tech play to win the game? I don’t know the answer to that and this doesn’t feel like the team was wholly ready. Not really ready at all. I’m not questioning anyone’s effort here, but I didn’t feel that the offensive game-plan was up to snuff after two weeks and I didn’t feel that the secondary really knew what to do. Given all of that, you pit a top 5 team against a team that’s in the 60’s or so and this is the result 99 of 100 times. But the team certainly didn’t look inspired.

I usually write a few thousand words here and I don’t think I’m anywhere near that this morning (technically, 1,660), but I don’t know what else to write. This program is a ways away from being where it wants to be and Wells seemingly admitted that.