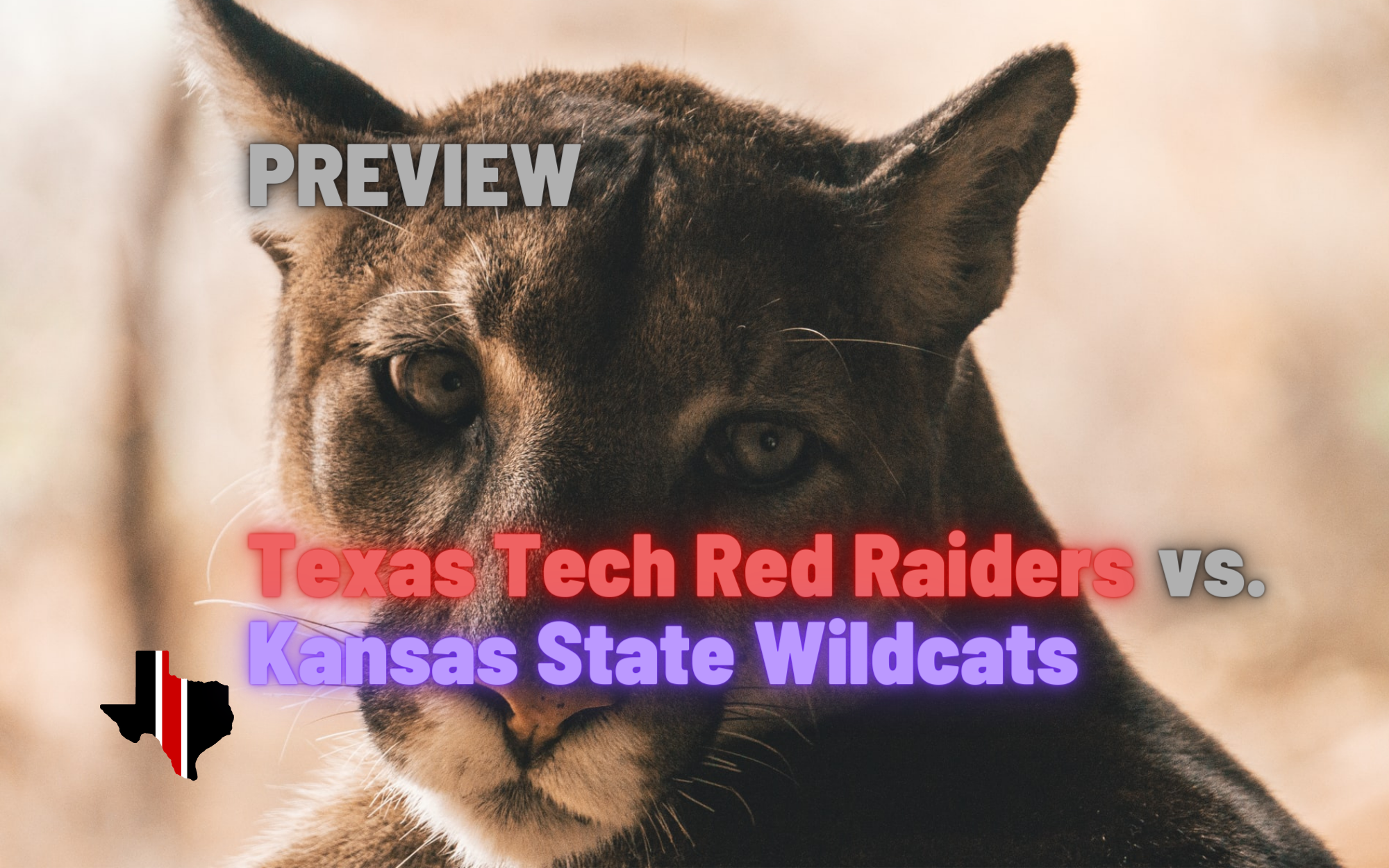 It is a preview.

Think of this as your guide to the game. Lovingly prepared.

1. QB Skylar Thompson (6-2/223, Sr.): Thompson is really good and he was really good last week in defeating Oklahoma. Thompson is averaging nearly 300 yards passing, 3 touchdowns, and no picks, while averaging 11 yards an attempt. Thompson is basically non-existent in the pocket, but he can run. The thing is that with sacks, he’s averaging about a yard a game.

2. S Jahron McPherson (6-1/200, Sr.): McPherson is second on the team with 5.5 tackles a game, an interception, 1 tackle for a loss, and 1 forced fumble. Last week he was named Big 12 defensive player of the week (Thompson was the offensive and Vaughn was newcomer).

3. RB Deuce Vaughn (5-5/168, Fr.): Vaughn is a true freshman from the Austin area and he is Jakeem Grant with some thickness. Vaught is only averaging 46 yards a game and a shade under 5 yards a carry, but had 4 catches for 129 yards (some of them were out of the slot) against Oklahoma.

Kansas State on defense is pretty traditional, but they do a really good job of putting pressure on the quarterback with just 4 down linemen . . . I think the secondary is susceptible, but all Big 12 pass defenses probably struggle to an extent . . . I think the secondary is the weakest part of the team, with the line and linebackers being a pretty decent group . . . the thing that bothers me more than anything else is how much pressure that Kansas State got on the Oklahoma offensive line and that’s supposed to be the best line, year-in-year-out . . . despite my lack of love, there are some defensive backs that can play as Jahron McPherson was Big 12 player of the week . . . offensively, Kansas State does a nice job of play action and they’ll do a little zone read and all sorts of things. Maybe the most difficult thing will be preparing for all of the things that Kansas State does . . . you give the K-State quarterback time and he’ll pick you the hell apart and he can run so it can be a lose-lose proposition when trying to cover him . . . I think that K-State’s offensive plays are really well designed . . . (BTW there was basically 5 minutes left in the game and Oklahoma was to get the ball and they didn’t score, which may say something about Oklahoma) . . .

I did find a new stat resource, TeamRankings that I thought you all might enjoy. I think that generally speaking, this is a betting website or a place to maybe receive betting information and then who knows what. In any event, stats are always a bit difficult to reconcile with just 2 games played, it’s all we have.

Here are a few things that stand out to me (and all of these are averages):

If you would have asked me I would have said that there’s been a general lack of big pays, but that’s entirely not true. Like not even a little bit.

Via CFBStats is now tracking long scrimmage plays and Texas Tech is tied for 2nd in the Big 12, with Texas, with 43 plays over 10+ yards. The difference though is that Texas and Oklahoma, the teams in front of Texas Tech, have 17 plays of 20+ yards, while Texas Tech only has 9. And of those 43 plays of 10+ yards, 34 of them are passing, which again is good for 2nd in the conference behind Oklahoma. So OU is the leader in big plays, and Texas Tech is making 10+ yards, but the big plays after that aren’t as big.

The other interesting item, again via CFBStats, is that every single kickoff to Texas Tech goes into the endzone. There hasn’t been one kickoff return from what I can tell, which means that Texas Tech has had no benefit of getting a shorter field. For example, Oklahoma opponets are only averaging 53 yards a kickoff, which means that they have some opportunity to better, but for Texas Tech, they’re going 75 yards on every kickoff. I wish I could find average starting field position, but that’s a stat that I just can’t find any longer.

So what’s this tell me?

And if you want to get a little depressed, well the Texas Tech defense is absolutely terrible in giving up big plays, last in the conference with 42 plays of more than 10+ yards, including 13 plays of 20+ yards. The good news is that Kansas State is just right there with Texas Tech, giving up 38 plays of 10+ yards and 16 plays of 20+ yards. Offensively, for Kansas State, they are not particularly splash play oriented. I also get that Kansas State has played Oklahoma, the best offense, but I think these are still relevant numbers.

I kind of see this as being a close game and I don’t think this is one that gets away from the other team. Keep in mind that I predicted that Texas would run away with the game and I’m not someone that should be trusted.

I’ll take Texas Tech in a weird win because they are all weird.