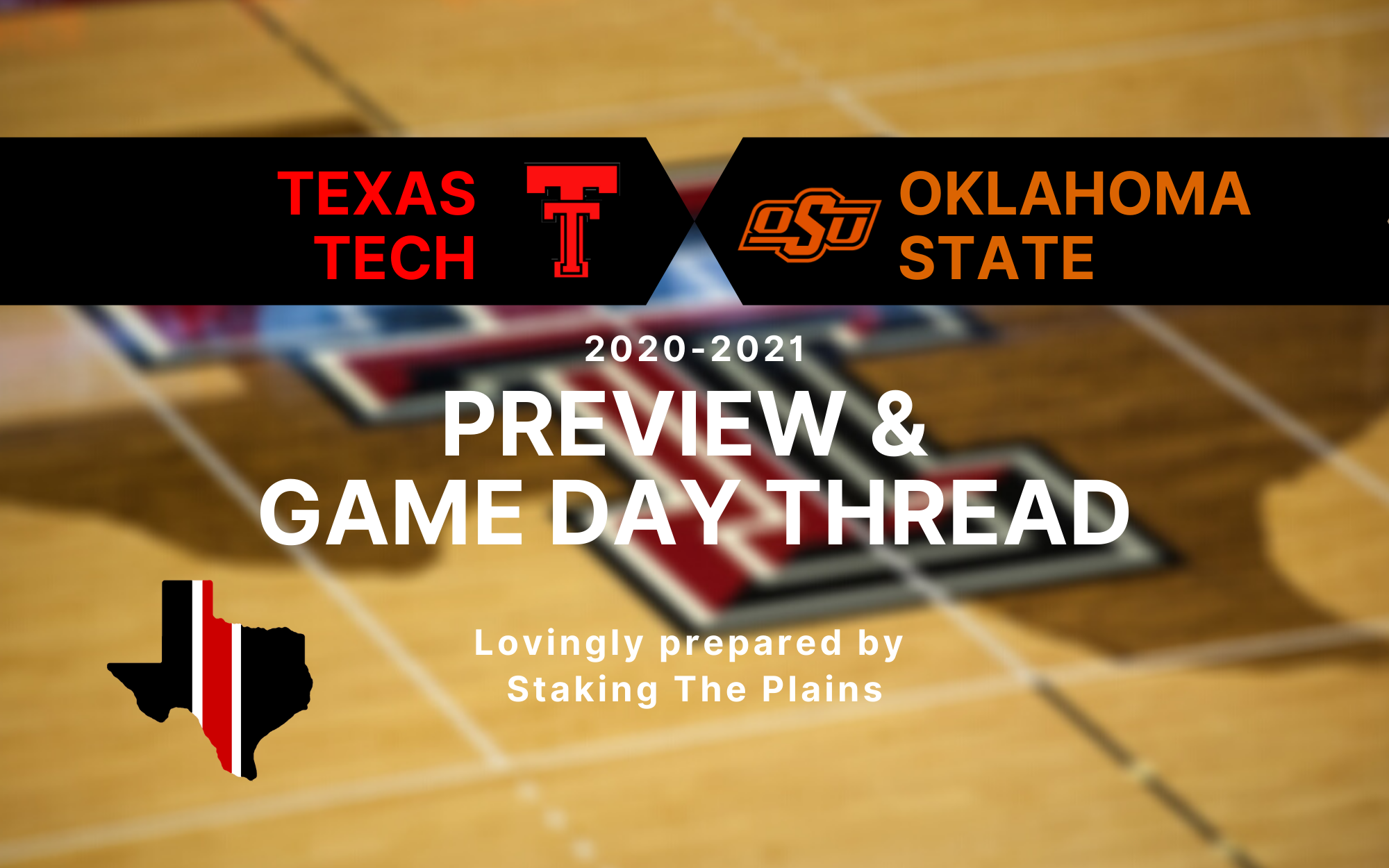 The Cowboys are up next.

1. Stats. Oklahoma State struggles on offense, but like Kansas, wonder if that’s different at home. They are a top third shooting team, 122nd in eFG% and absolutely terrible at turning the ball over, 269th in the nation. Where they clean up is offensive boards and getting to the line, both top NCAA 100 marks. Defensively, they are much better and that’s probably because of their length and quickness. They really don’t allow teams to shoot well at all, which is terrible news for Texas Tech, 56th in 3-point percentage and 35th in 2-point percentage, plus they block the hell out of some shots.

2. Scouting. Cade Cunningham is as advertised, the overwhelms defenders who are smaller and out-quicks the ones that are bigger. This would be a great game for a guy like McCullar to stick on Cunningham like he’s got zero other responsibilities. I think that’s a match-up that will be fantastic. I should mention that Likekele did not play the last two games, so everyone would just move up a spot if he doesn’t play. If he does play, then he’s the 2nd best player on the team. Kalib Boone is also really good and maybe the key to the season for OSU, he shoots well, rebounds like a madman, and blocks a ton of shots.

3. How They Match Up. This is hard and it is especially hard when your most gifted player, Shannon (best player is McClung), is out of sorts. I think he’s confused about what he wants to do offensively, teams can just play off of him and allow him to drive and he’s got to figure out that mid-range game where he can score and do some things offensively without just going to the basket or just shooting a three-point shot. Texas Tech will need to force some turnovers for this game, that’s going to be critical to beating Oklahoma State. I think that Texas Tech is uniquely situated to have guys who can guard Cunningham, but the offense needs significant work and what I’m really worried about.

No. 15/11 Texas Tech is ready for Round 13 of its Big 12 fight where it is set to play RV/22 Oklahoma State at 8 p.m. on Monday at the Gallagher-Iba Arena in Stillwater, Oklahoma.

The Red Raiders (14-7, 6-6 Big 12) are coming off a 67-61 loss at No. 23 Kansas on Saturday afternoon after being off for 10 days due to Covid protocols in the Baylor program and weather postponements against TCU, while the Cowboys (14-6, 7-6 Big 12) had the weekend off but are on a two-game winning streak following wins over Kansas State and Iowa State. OSU is currently 4-3 at home in conference play and the Red Raiders are 4-2 on the road.