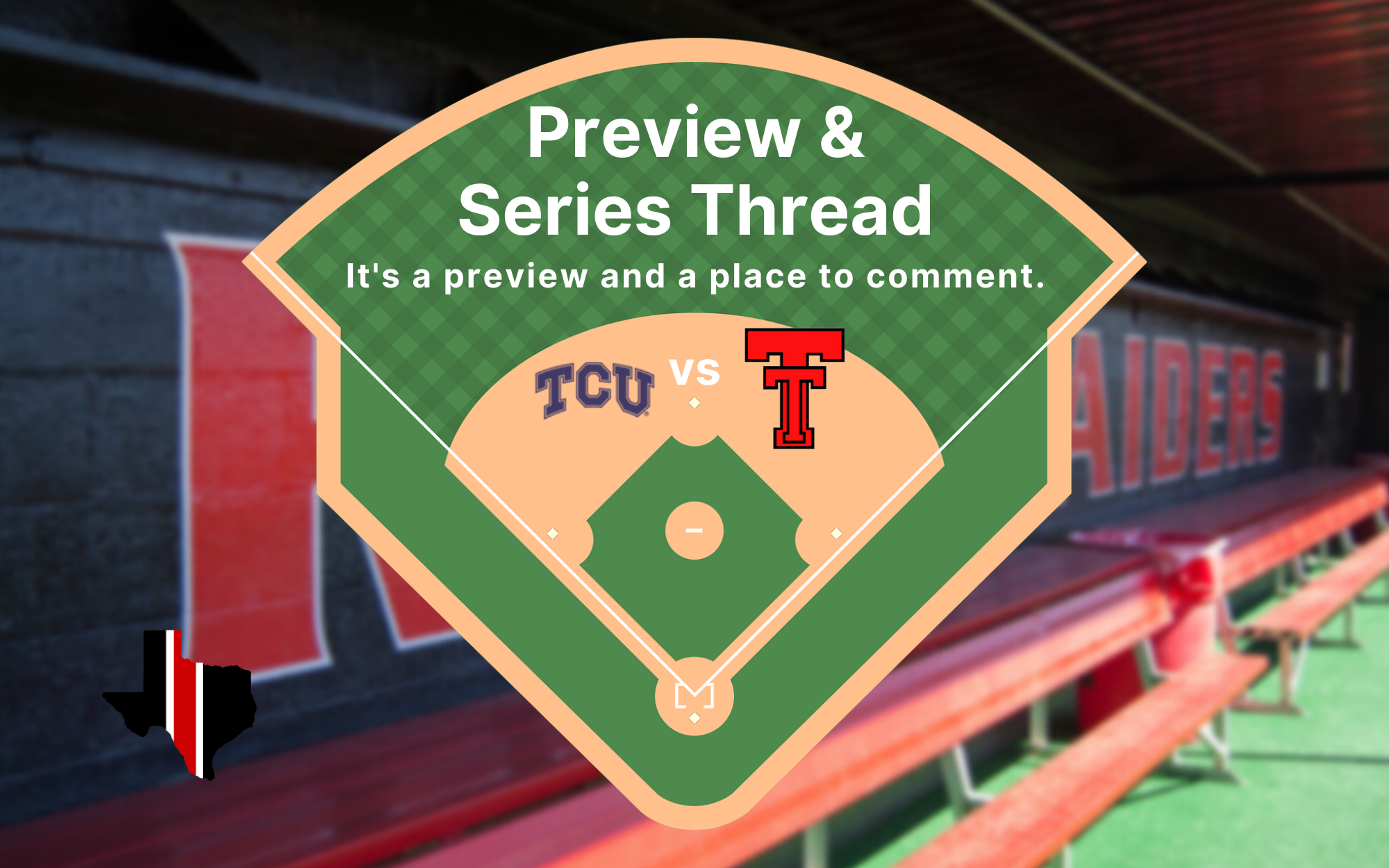 Let’s get back on track.

Texas Tech will have to get back on track this series after dropping a series to Kansas State. I can’t remember that happening and I’d imagine that Tadlock lit a significant fire underneath the team. One of those moves is benching Mason Montgomery, the former Sunday starter and shuffled the lineup a bit, moving Birdsell to Sunday, keeping Monteverde on Saturday, and Dallas to Friday. Texas Tech needs to win this series. TCU and Texas are playing lights out, especially since K-State, prior to the Texas Tech series, was swept by Oklahoma State. I’m also guessing we see some adjustments to the bullpen.

No. 8 Texas Tech baseball returns home for its third Big 12 series of the season as it hosts No. 10 TCU for a top-10 showdown this weekend at Dan Law Field at Rip Griffin Park.

The three-game series gets underway Friday at 6:30 p.m. The series continues with a 2 p.m., first pitch on Saturday followed by a 12 p.m., start for the finale on Sunday.

The entire series can be seen on Big 12 Now on ESPN+. Fans can also tune in to the radio call on the Texas Tech Sports Network from Geoff Haxton and Jamie Lent.