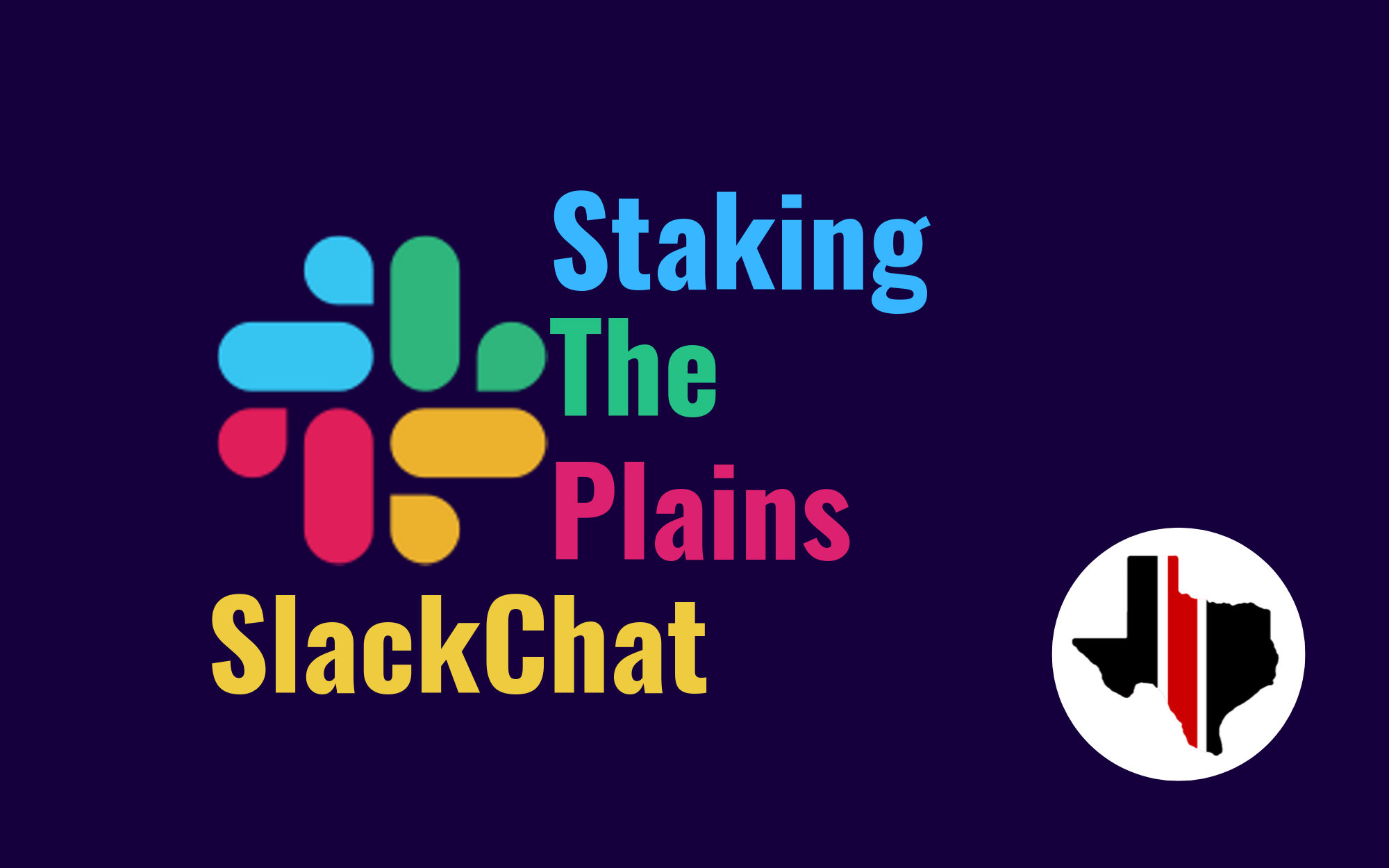 This final week’s SlackChat is where you think that Texas Tech will finish the year in the Big 12 and the second question is your expectation for the season. Thanks to Dan and both Michaels for helping out and participating!

Daniel Swanberg: I think we are in the top half of the Big 12, and we could finish anywhere from 1-5. You have Kansas and Texas getting all the love, and then Baylor losing a lot of players… yet, coming off a National Championship campaign. I’d like for us to be at least #2 or #3, and outperform Texas. Kansas can take the #1 spot on my preseason prediction in the Big 12.

As far as how the season goes, it’ll give me a little anxiety. I always have high expectations for my Red Raiders and this season I expect us to murder our non-conference schedule outside of Gonzaga and Tennessee. Our Big 12 schedule could come with some bumps in the road, though I’d like to see Adams pull out a few tight games as victories to get this squad the confidence it takes going into March Madness. I’d like another Sweet 16 run and to keep Lubbock on the map as a basketball school. I think we will flirt all season with being in and out off the top 25, and pull of some significant quality wins along the way. I’m all in on Tech basketball this season being really good, but us having a few minor stumbles along our path to success.

Michael McDonald: When the Big 12 Coach’s Preseason Poll came out, I was pleasantly surprised to see Texas Tech land in the #4 spot. I may be in the minority, but I feel like that is a solid goal for this team with a new coach and only 3 returning starters. And there’s a chance that one of those guys may not start (Obanor vs Santos-Silva?).

The pre-conference schedule gives Texas Tech plenty of time to get their guys ready against some solid opponents. Tennessee, Eastern Washington, and Gonzaga (of course) are all 2021 Tournament Teams. I see the Red Raiders coming close to running the table in non-con, with a few bumps along the way (presumably in Phoenix and The Garden) but also taking care of Mississippi St and Providence.

From there, the Big 12 is going to be a wild ride. Oklahoma State is a wild card after losing Cunningham and any chance of seeing postseason play after Wednesday’s NCAA ruling. Kansas State fans seem to think they have a bit of a sleeper team on their hands, and it’s hard to argue with them. WVU is always in the mix as long as Huggins is around, Baylor is the defending National Champ, and Kansas is Kansas.

Still, I like Tech’s chances in the Big 12. Their schedule is top-heavy (January has KU twice, WVU, Baylor & KSU), but they have a really good shot of closing out strong. Their final four games are at home vs OU, on the “road” at TCU, at home vs. KSU, and in Stillwater. Heck, if we’re banking on the Chris Beard Revenge Tour, extend that to the last 5 games as the Red Raiders head to Austin on February 19th.

Here’s where I’ve ultimately landed based off the talent this team has: I think Texas Tech going something like 21-10 (11-7) and finishing #4 in the Big 12 would be a fantastic start to Adams’ coaching tenure. It’s always easier to say this now than later, but anywhere in the 4-6 range with a chance to get to the 2nd weekend in March would sit well with me.

I think we should be patient, though. Yes, I’m going to have expectations, but if those aren’t met, I’m just a guy who’s going to keep rooting for Adams and his players no matter what.

Michael LaBarre: I could see the Red Raiders fishing anywhere between third place and seventh. It really seems as much as an open race as we’ve had in the middle of the pack.

As for the ones we “should” have no problems with, Iowa State is an absolute mess and Kansas State is still young with no stud I can think of. I think Tech has a good chance to finish above TCU with transfers coming in and out, and Oklahoma with a new regime coming in.

The question is how teams like West Virginia, Oklahoma State and Baylor will do. Baylor lost their starting lineup but got a lot of talented players and it’s premature to count out the national champions (threw up in the month saying that).

Oklahoma State doesn’t have Cade this year and although I like Mike Boyton and has a veteran team. Don’t sleep on them. West Virginia lost their towers and McBride, but West Virginia is also tough and returns some good guys. So I’ll say we finish fifth right now, with one of those two teams finishing above the Red Raiders. One game could be the difference between fourth and sixth.

Seth Jungman: Begrudgingly, I am almost certain that Kansas and Texas have the two best teams in the Big 12 and then I sort of see it as a crapshoot after that. Baylor lost a ton of talent and experience and they may be replacing that talent, but the experience, especially lead guards, then that’s pretty difficult to replicate. I think Oklahoma will be improved and West Virginia will be, well, West Virginia. So that 3 through 6 spot feels about right.

In terms of overall record and performance, I think that Texas Tech will win 20 games and make it to another NCAA Tournament. That also doesn’t seem like too lofty of an expectation. The offense might be a bit rough to start because they’re just figuring things and that might take some time, but the defense will keep Texas Tech in and win games for Texas Tech.

Word came down yesterday that Terrence Shannon, Jr. is injured, he’s shooting, but still injured, and if there was ever a team that could sustain a couple of injuries, this would be that team. A prediction about the tournament is always a crapshoot to an extent and is so match-up driven. I think that most fans are pretty well set on Sweet 16 appearances are something that’s almost expected and I’d say that the team probably has incredibly high expectations as well.