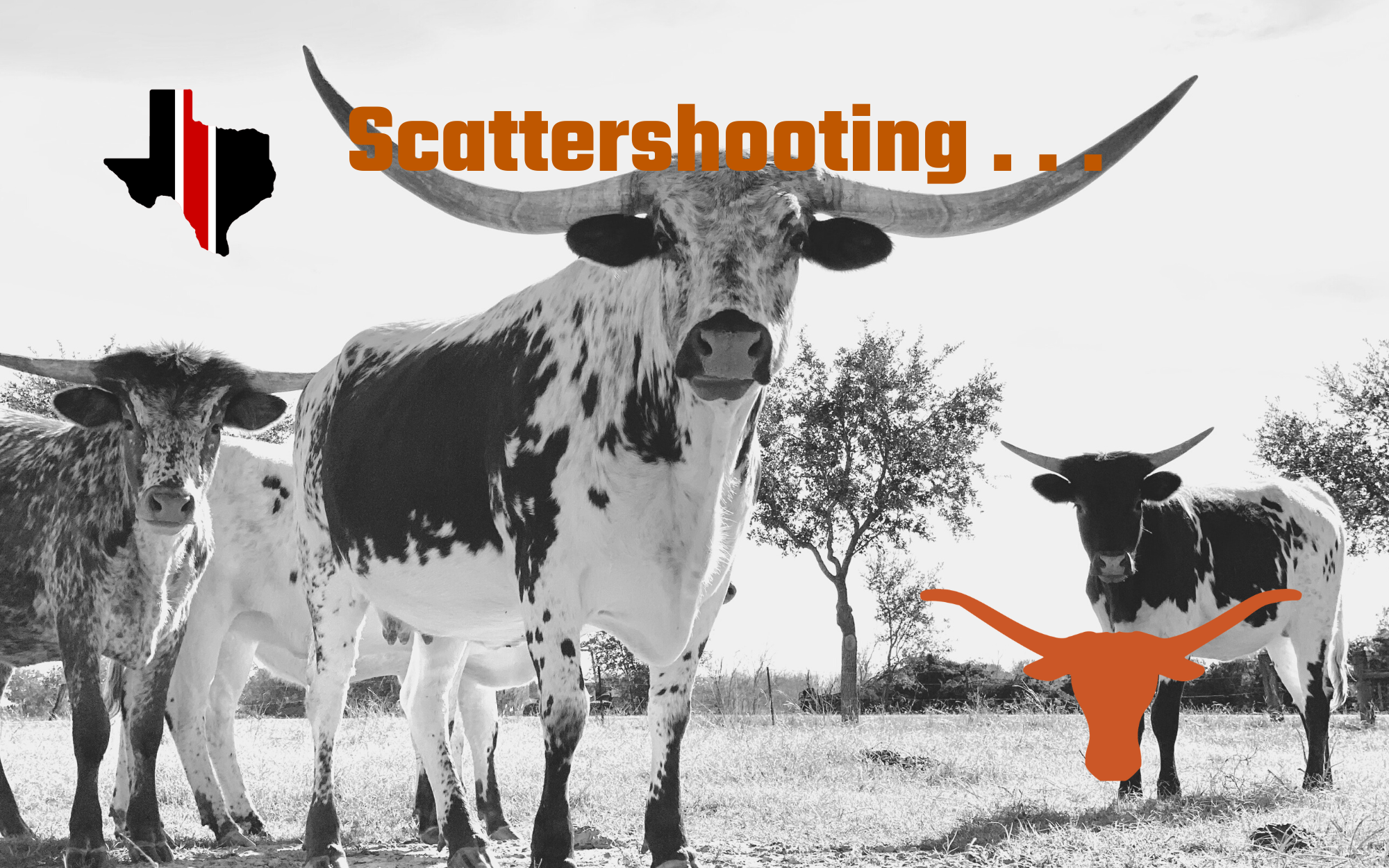 Owen Wilson never actually graduated from Texas, but he did attend. Owen and Luke Wilson are both from Dallas and Owen Wilson was in Wes Anderson’s first movie, Bottle Rocket, which was is one of my favorite movies because it is quirky. It is completely unique in so many ways. The dialogue is as awkward as the characters and although they are adults, they are essentially children living out child-like fantasies of being thieves. In the movie, Dignan, played by Owen, wants to be a thief with incredibly elaborate plans that are 100% unnecessary. Of course I think I also identified with Dignan to an extent that he’s a young guy, trying to figure out what he wants in the world, elaborate plans and big dreams that really never come to fruition, but certainly not a failure. Dignan is right where he wants to be at the end of the movie, planning his next adventure.

Dignan: Here are just a few of the key ingredients: dynamite, pole vaulting, laughing gas, choppers – can you see how incredible this is going to be? – hang gliding, come on!

Also making an appearance in this movie (which was filmed in Dallas and Hillsboro) is the great James Caan.

The Lawn Wranglers is terrific. Owen is currently starring in the Disney+ show Loki.

Texas Things. . . . This Athletic article by Sam Kahn details the money spent by Texas on the weekend that Arch Manning made his official visit. It’s paywalled, which is fine, but the final figure was $280,000 for a weekend. For one player . . . Hudson Card got the start for the injured Quinn Ewers against UTSA and led the Horns to victory 41-20. Card wasn’t great, but did bus drive, 15 of 23 for 161 yards. Texas poured on the rushing game, 298 rushing yards for the day led by 183 for Bijan Robinson. Robinson is clearly the best back in the country for my end of things. On defense, Texas limited UTSA to 3 points in the second half after being tied at halftime . . . linebacker Dmarvion Overshown was ejected in the 4th quarter for a facemask-to-facemask hit on UTSA’s quarterback. If upheld, Overshown will be suspended for the first half of the Texas Tech game . . . Texas opened as 4.5 point favorites yesterday . . .

Up & Down in the Big 12. Most teams got back on the winning track. OU, OSU, Baylor, West Virginia, and Iowa State all roundly defeated their less than stellar opponents. What did happen though is that Kanas went on the road to Houston and beat the tar out of them, 48-30. Kansas ran for 280 yards, won on 3rd downs and didn’t turn the ball over, while Houston turned the ball over twice. I think that Vegas had Kansas’ win total at 2.5 and they’ve won 3 games and aren’t slowing down.

The Green Wave of Tulane marched into Manhattan and beat K-Stat 17-10. Adrian Martinez had always been a bit hot and cold at times and only threw for 150 yards. Both teams had 336 total yards of offense and they were both terrible on 3rd down, 1-12 for Tulane and 2-15 for Kansas State.

I appreciate all you guys for all the prayers, love, and support!!! I love you Red Raider Nation!!! ❤️🖤

Red Raider nation: Bryce Ramirez suffered a terrible injury last night and will have quite a bit of recovery ahead.

Please consider sending him a kind note and asking friends and fellow Red Raiders to do the same. He can use our encouraging words!https://t.co/KQEaEl0xlS

. . . this may take some time to load, but this is the Audubon’s bird migration explorer and if you were to just make a painting of this, it would be art to me . . .

Other Observations. John T. Montford attended Texas, which is something I didn’t know . . . Some of you may know that I’m training for a trail race in October, the Pumpkin Holler Hunnerd. I’m just doing the 50k, which is fine by me and yesterday I ran for 3.75 hours in morning. It was a really difficult day to run. The heat and humidity were really something else and I was going to run through some country roads, but early in the morning, but I was running and came upon a truck that was missing both wheels on the passenger side of the truck (they were not attached at all). The truck was empty and thought that this is how a slasher movie starts, unsuspecting jogger is murdered in cold blood. So I ran essentially around my town and the heat was just baking everything around me. I ran out of water, but stopped at a convenience store and they let me get more water and ice, which helped a ton. If you’re ever wondering why I don’t have more time to do things here, this plus attending practices for the boys, plus a real job are the main reasons . . .