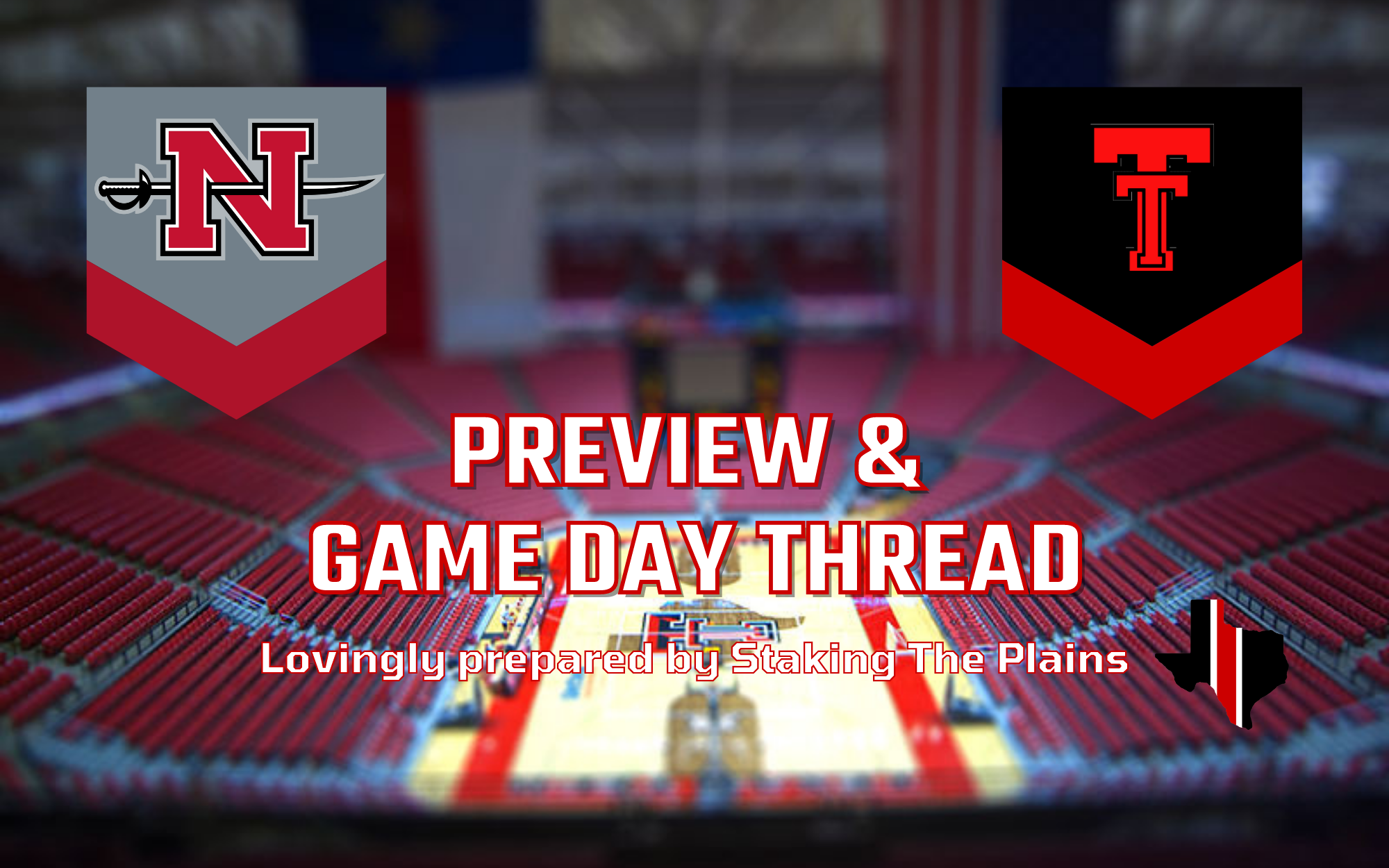 1. Stats. Nicholls is not good offensively, not a good shooting team by any metric, 290th in 2-point shooting and 268th in 3-point shooting. Nicholls is 341st in offensive rebounding and 254th in free throw rate. Yikes. Defensively, things are slightly better and they are very good at forcing teams to turn the ball over, 22nd in the nation. This might be a good time for Texas Tech to work on not turning the ball over. Other than that, Nicholls is not doing great, 363rd in offensive rebounding rate, 354th in free throw rate (putting opposing players at the line a lot) and 327th in eFG%. That turnover rate is saving their bacon.

2. Scouting. Just an FYI, the head coach’s name for Nicholls is Austin Claunch. I don’t believe I’ve heard the word “claunch” before typing this up. Thomas is far and away the best player on the team, maybe Jones has a case as well. Thomas is a good shooter, making 56% of his 3-point shots and 61% of his 2-point shots. He’s a low turnover and high assist player that doesn’t have the ball in his hands a lot, so he’s probably just catching and shooting. Jones is a decent rebounder, steals the ball at an okay rate and is making 52% of his 2-point shots.

3. How They Match Up. Texas Tech is predicted to win by 16. I’m struggling to see a lot of positives for Nicholls. A lot of their high-end guys just don’t shoot very well and Texas Tech should win this one going away. I want to write interesting things about Nicholls, but there’s not a lot there.

Texas Tech brings a 25-game home winning streak into its non-conference matchup against Nicholls which is set for 7 p.m. on Wednesday at the United Supermarkets Arena.

The Red Raiders (5-2) are coming off a 79-65 win over Georgetown with Jaylon Tyson and De’Vion Harmon scoring 18 points each and Daniel Batcho recording his second double-double with 15 points and a career-high 13 rebounds. The Colonels (3-4) have won back-to-back Southland Conference regular-season championships and travel to Lubbock after wins over San Diego and Champion Christian.

“Nicholls is a really good basketball team,” Texas Tech head coach Mark Adams said. “They have really good athletes who can shoot the 3. We respect them. They have good size and played games against BYU and Wyoming that were close until the end. They’re a team that we think can help us get better. They are very well coached and will be emotionally ready to play with a chip on their shoulder against us. We know that and will have to match their intensity.”