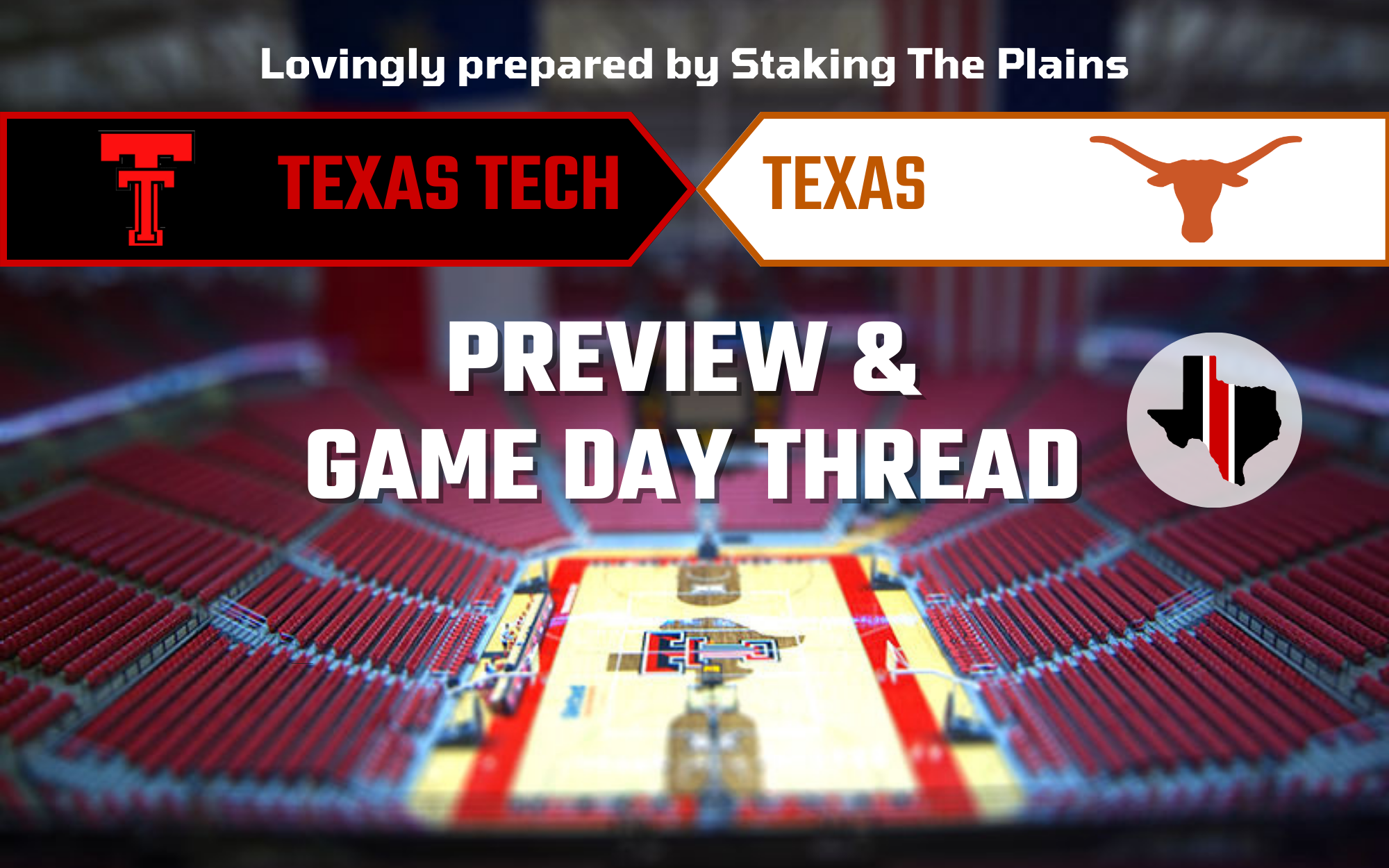 2. Scouting. Carr has been the best player, good passer and doesn’t turn the ball over, he’s a good shooter, making 42% of his 3-point shots and he’s leading the charge in terms of volume. Hunter hasn’t been the shooter he was at Iowa State, making 33% and he’s not the efficient player that Carr currently is. Morris and Rice both will shoot from outside, but they’re shooting 29% and 30% from outside. Allen has a high usage rate, passes the ball well he’s likely to be involved in the flow of the offense.

3. How They Match Up. T-Rank has Texas as 8.2 point favorites and Texas Tech isn’t a bad match-up here, but the turnovers are a killer and until that gets handled, I don’t know that I have a ton of answers. More turnovers make the defense worse (typically) because it then becomes at the very least a transition type of game and the opposing team can get some easy opportunities. Texas isn’t a high free throw team, so that could be an advantage. I’ll be interested to see what kind of answers Mark Adams comes up with after the Iowa State debacle, but I’m sort of out of solutions.

Texas Tech has won four straight games in Austin over No. 10 Texas going into a 7 p.m. Big 12 matchup between the two rivals on Saturday in its first game ever at the Moody Center. The Red Raiders have won 8 of the last 10 meetings in the series which will reach 154 games this weekend but are now looking to stop a four-game losing streak to open conference play.