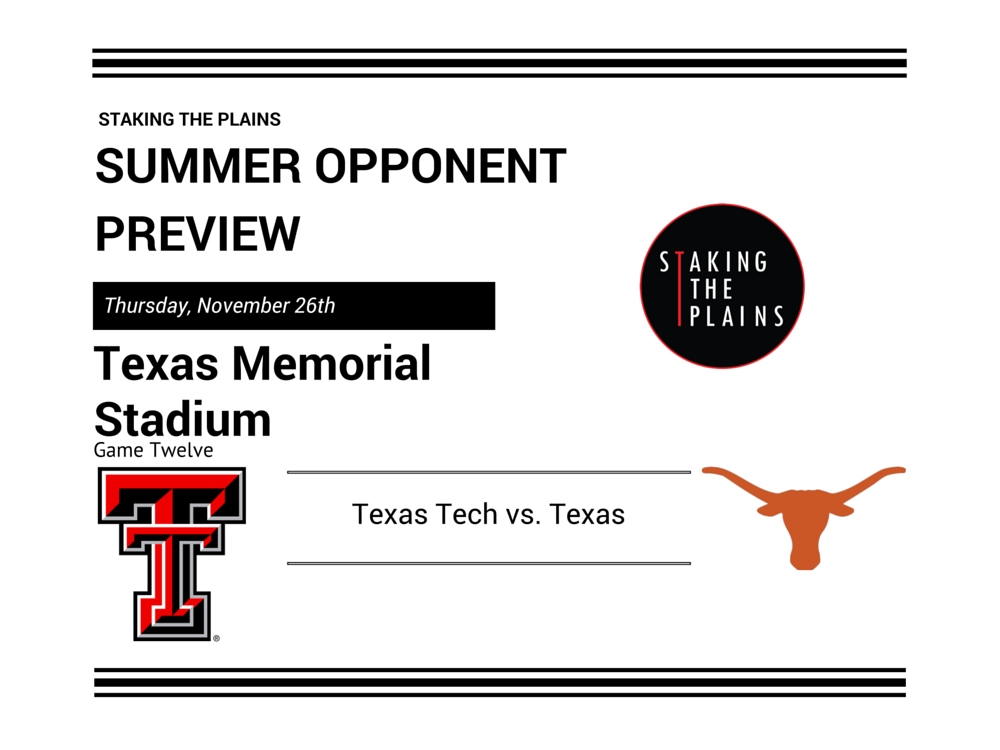 The Texas Longhorns are the final opponent of the year, Thanksgiving Day in Austin. Let’s take a look at the Longhorns.

Because I am running out of time (the season is, like, right around the corner), I’m going to have to dispense with the three players and five things and just write all of my thoughts. Thoughts on the Offense Thoughts on the Defense