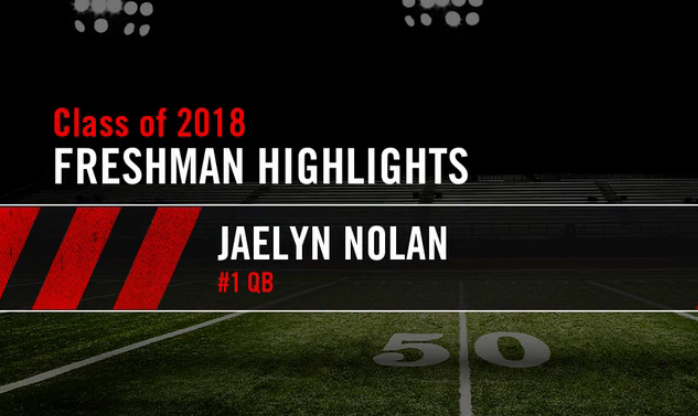 Texas Tech is the first to offer a 2018 quarterback from Brownfield and he’s only a sophomore.

These are his freshman highlights and as you can see, he’s more of a runner than a passer at this point, but he’s only a sophomore (acknowledging that the video is from his freshman year) and I’d bet with that frame he’ll have a heck of an arm by the time it’s all said and done. Nolan pretty much runs out of any situation and he’s ridiculously fast. There are times where it’s almost comical some of the attempted tackles on him. It’s downright unfair.

Ed. note: Since I’ve started to save up some of these stories for a recruiting post, I’m considering posting some of these as stand-alone posts late in the afternoon. Anything that I don’t get to during the first part of the week will get posted in the general post on Wednesday or Thursday.