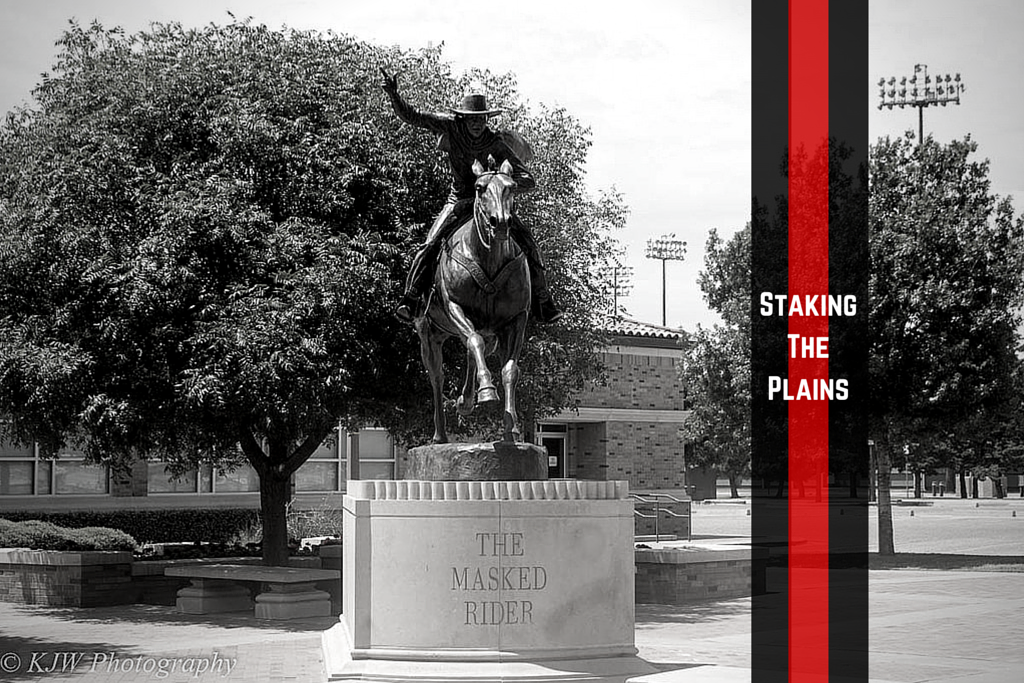 The Texas Tech football staff were guests of honor with staff from Northeastern Oklahoma A&M, but the intent is clear to make inroads in recruiting in Oklahoma.

Via the Tulsa World’s’ Cody Stavenhagen, Texas Tech was part of Northeastern Oklahoma A&M College camp in Broken Arrow on Saturday. There were over 200 participants and the main connection to the camp was Zac Spavital, who is from Tulsa and a NEO alum, as well as the camp being at Broken Arrow high school, where Zac’s father Steve, was a long-time head football coach in Oklahoma.

Come to Broken Arrow tomorrow and be the next Oklahoma Red Raider! Registration at 12pm and camp at 1pm. pic.twitter.com/DjBjuMRgZQ

“I think there’s no losers,” Alexander said. “The universities don’t lose. Coaches don’t lose. Kids are the biggest benefactors of these satellite camps. This camp was the NCAA minimum cost ($40). These kids don’t have to drive to Lubbock. They can come and work out, and it’s as cheap as it can possibly be for them.”

As the article notes, this is not an official Texas Tech camp, Texas Tech is simply a guest of honor and cannot discuss the specifics of this camp nor could they give instruction to the players. Seems like a bit of a waste of time, but I think Texas Tech has two goals with this particular camp: see players in person, and make your presence more known in Oklahoma. I think the Texas Tech staff likes seeing these kids in person and they put an emphasis on seeing and meeting them first before offering. Zac Spavital affirms that seeing these kids in person is a big deal:

“I do think you can get some kids a great opportunity to be seen,” Spavital said. “There’s just so much visibility out there; to actually be able to come see the kids live is a huge deal.”

Of course the other big thing is that I can’t remember a program coming into Oklahoma, which is dominated by Oklahoma and Oklahoma State. As the graphic notes, Texas Tech has had a handful of players come from Oklahoma, Wes Welker, Colby Whitlock, Cameron Batson and now incoming freshman Noah Jones. Additionally, 2017 commit Kamren Curl was able to attend and was interviewed after the camp by RP’s Zach Tanner:

I think it’s good that the program is dipping it’s toe into another area, one that Spavital knows so well and has so many connections. Texas Tech would likely lose most battles with a recruit if Oklahoma or Oklahoma State offers (I would guess moreso with OU than OSU), but there are always players to be found and name recognition is a big deal. If Texas Tech can pull one or a couple of players from Oklahoma every year, I think that’s time well spent.