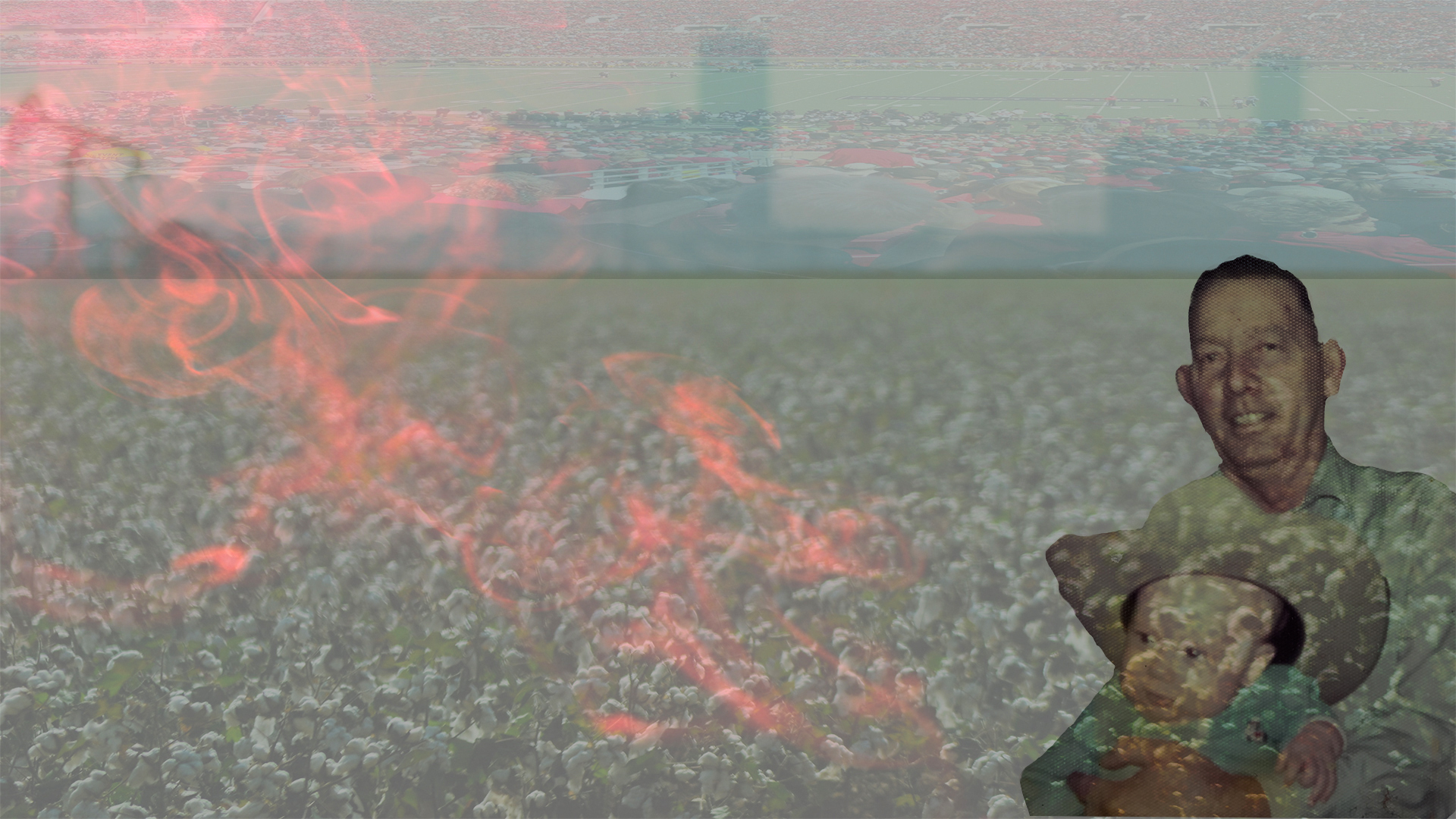 “Wake up, Em,” Jarrell whispered as he gently shook his sleeping daughter’s arm. “Wake up, I have to show you something,” Jarrell said again. Emily Robertson rubbed her eyes and sat up in bed. “What is it daddy,” she asked. “Follow me,” Jarrell said.

The two quietly walked from the little girl’s room and down the hall toward the living room, careful to not wake her brothers or, more importantly, her mom. Jarrell grabbed his big coat and put it on. He then pulled Emily’s coat from the hook near the front door and tossed it to her. “Put this on,” he said.

“Where are we going, daddy?” she asked again, this time with the slightest tinge of fear.

Jarrell said nothing as he opened the door and walked out onto the porch. Emily followed close behind. It was then that she saw the majesty and pristineness of new fallen snow covering the porch, the cars and the yard and every inch of land covered in glorious white, as far as she could see. Giant snowflakes fell from the sky and it was so quiet out that she could almost hear each one as it softly landed. Jarrell laughed loudly and bounded down the porch steps, falling into the yard. “C’mon, Em, let’s make snow angels!” he said, gleefully, childlike.

Emily jumped off the porch and joined her father on the ground, flailing her arms and legs wildly and giggling loudly in the late West Texas night. “Look daddy, look!” she shouted. She glanced over to where her father had been, but he was gone.

The guards in the Halbert Correctional Facility in Burnet County begin their day by waking the female inmates. “Wake up, Robertson,” one of them yelled at Emily while standing outside her cell. Emily shook the dreams of making snow angels with her father so many years ago and settled back into her new reality. She rubbed her eyes and sat up in bed. And then she cried for a few minutes.

Of their four kids, Emily had always been Jarrell’s favorite. Her three older brothers were great, but the tension and familial rivalries that always arose among Robertson men allowed Jarrell to gravitate to Emily–and she to him. It was the small things that Emily remembered the most about her dad—the secret snow angels’ sessions or the late night phone calls to him when she was older and just needed to hear his calm, reassuring voice.

And she was so much like her father, in so many ways. She was an old soul with a heart of gold. And that heart, that desire to fix everything and everybody was why she found herself in a prison in Central Texas only a few months after giving birth to her first child, Reid.

They say that girls fall for two types of men: those that are like their fathers, and those diametrically opposite. Roy Martin and Jarrell Robertson had nothing in common, save for the intensity in their eyes. So Emily had no justifiable reason to ever rebel from her father’s love, but she fell for Roy nonetheless. She just wanted so badly to save him.

And saving him meant that she was now serving six months in Halbert for possession of a controlled substance with intent to distribute. Or, put more simply, Emily was busted for selling meth. Of course it wasn’t her idea, but she took the fall for Roy to save him from a five-year sentence as a repeat offender. Confined to her 8×8 cell for up to twenty hours a day, Emily had plenty of time to think of her young son, and of her father. And she had plenty of time to dream.

While spending a few hours in the prison yard, Emily was surprised by the oppressive Central Texas heat. It was mid-September and the temperatures were in the high 90’s. It was as if the summers down here fight valiantly to hold onto the shortening, autumnal days longer than most. It made her miss her life on the South Plains, and the cool mornings she enjoyed there even more.

On Tuesday, Roy visited with baby Reid in tow. It was the first time she’d seen her baby in almost a month and he’d already grown so much. She was allowed to hold him for a while, and was grateful to the guards for allowing it. “How are my parents?” Emily asked Roy. “Oh, they’re great,” he said, tapping his foot and strumming his fingers on the table. He didn’t mention the violent way in which he’d taken Reid back, or the fact that Emily’s mother was still in the hospital as a result. “Tell them I love them,” she said. “Yeah,” said Roy, distractedly.

That night Emily drifted off to sleep in her tiny cell and dreamed of making snow angels in the West Texas night with her father and her new son.

Jarrell sat in Evelyn’s hospital room on Saturday afternoon, just as he had so many days before. The hard vinyl lounge chair that also served as his bed was never comfortable, but its cushions seemed to be getting harder and less forgiving by the day. Evelyn was progressing, but still had a few days before the doctors felt comfortable with her release. She chided Jarrell for spending so much time in the room with her, but he would hear nothing of it. He had nowhere else to go.

He fidgeted uncomfortably from side to side while watching Texas Tech play Louisiana Tech, but was pleased with the game’s result. “That Patrick Mahomes, man oh man,” Jarrell though. He still didn’t care for how the kid approached the game, but his results spoke for themselves. “Just needs to play smarter,” Jarrell thought. The Tech defense seemed to show flashes of improvement, but also had some cringe-worthy moments. Jarrrell just hoped that with the off-week Coach Gibbs could make some adjustments before the team headed into conference play.

After the game, Jarrell turned off the TV, folded down the back of his chair and grabbed a pillow. He tossed and turned for a few minutes before finally dozing off. That night, for the first time in years, he dreamed of Emily. She was a little girl, and it was winter. She was making snow angels.