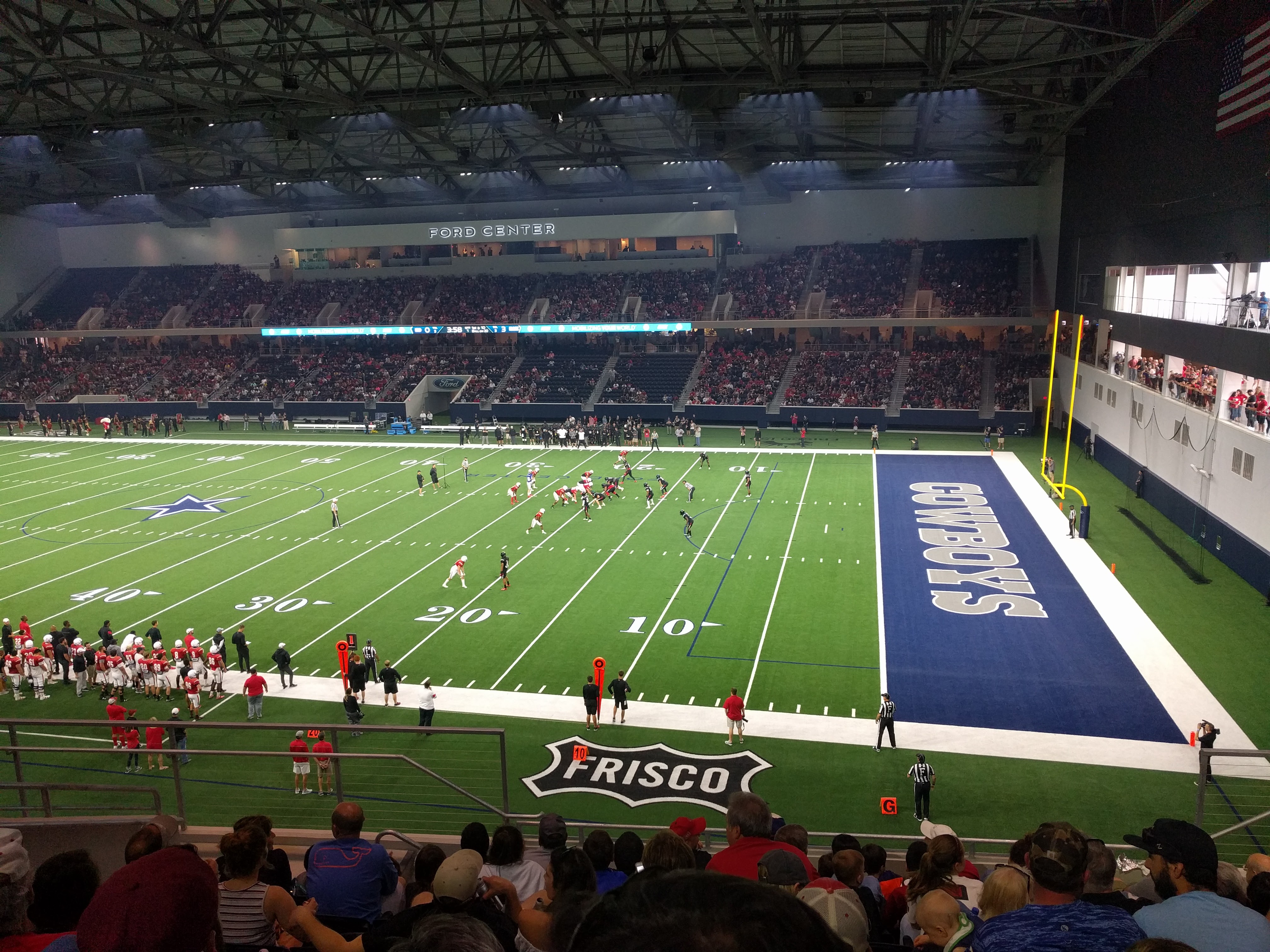 Athletic Program that went all out . . . that would be the Texas Tech football and the entire athletic program. This was not some sort of haphazard deal that was just throw together. This was an event. There was a band, a very good band, there was displays set up for the trophies that the football program has, there was a ton of stuff going on in the plaza before the game. I think you could buy alcohol and generally just hang out. It was top notch and they didn’t spare an expense to do this. This was not half-a$$ed. There was plenty of room for tailgating and parking wasn’t an issue. The worst thing, which I avoided completely, was the shutdown of a portion of North Dallas Tollway, but that didn’t seem to affect the crowd.

Singer that went three octaves higher than I thought she would . . . the woman that sang the national anthem did a terrific job and at the end of the anthem, when most people are afraid to go an octave higher, she went there, and then she went there two more times after that. I couldn’t believe it.

Blogger that got to meet a handful of you . . . that would be me and I’m totally thankful of the folks I did get to meet. I had one reader come to the pre-scrimmage event even though he wasn’t going to the game. There were about 4 or 5 of you that came up to the pre-scrimmage meet-up. There was a guy that came up to me during the game and chatted it up with my group. And then another guy introduced himself to me as we were leaving the Star. So yeah, I’m totally lucky and grateful to have met everyone. Thanks for allowing me into your lives. Athletic program with the most to gain . . . because this was a significant event it was absolutely clear there were a ton of recruits in the building. Chris Level said before the game that there were maybe 300 potential recruits at the game and that’s a legitimate number. Sitting there at the spot for an hour and a half before the game, I had the opportunity to watch a handful of recruits walk by minute-by-minute. I don’t know what this will mean in terms of commitments, but it wasn’t for a lack of trying.

Guy who was handing out these hats . . . that would be me. I had a friend make these and as you all know, I’m not exactly a trash talker so I was a bit out of my element, but what the heck. I handed out and gave away these hats for free courtesy of Matt Malone, the greatest real estate agent in DFW.

Texas Tech’s Biggest Cheerleader . . . none other than Texas Tech’s hea coach. When Lonzell Gilmore batted down the Payne Sullins pass into the arms of Nick McCann and scored a touchdown, it was Kingsbury who had raised his finger in excitement before he could even be sure that McCann had caught the pass. And then, the best moment of the day was when the two Fearless Dream Kids were suited up and each ran in a touchdown, Braden and Andrew, and this photo was captured.

That isn’t fake, that was real and terrific and it put a huge smile on my face.

Make no mistake, I want Kingsbury to succeed even though my gut tells me that it may not happen, but I truly believe that Kingsbury loves Texas Tech and he loves his job and if we gave him enough time, he would succeed. I’ve got no doubt. I just don’t know if the fanbase can be patient.