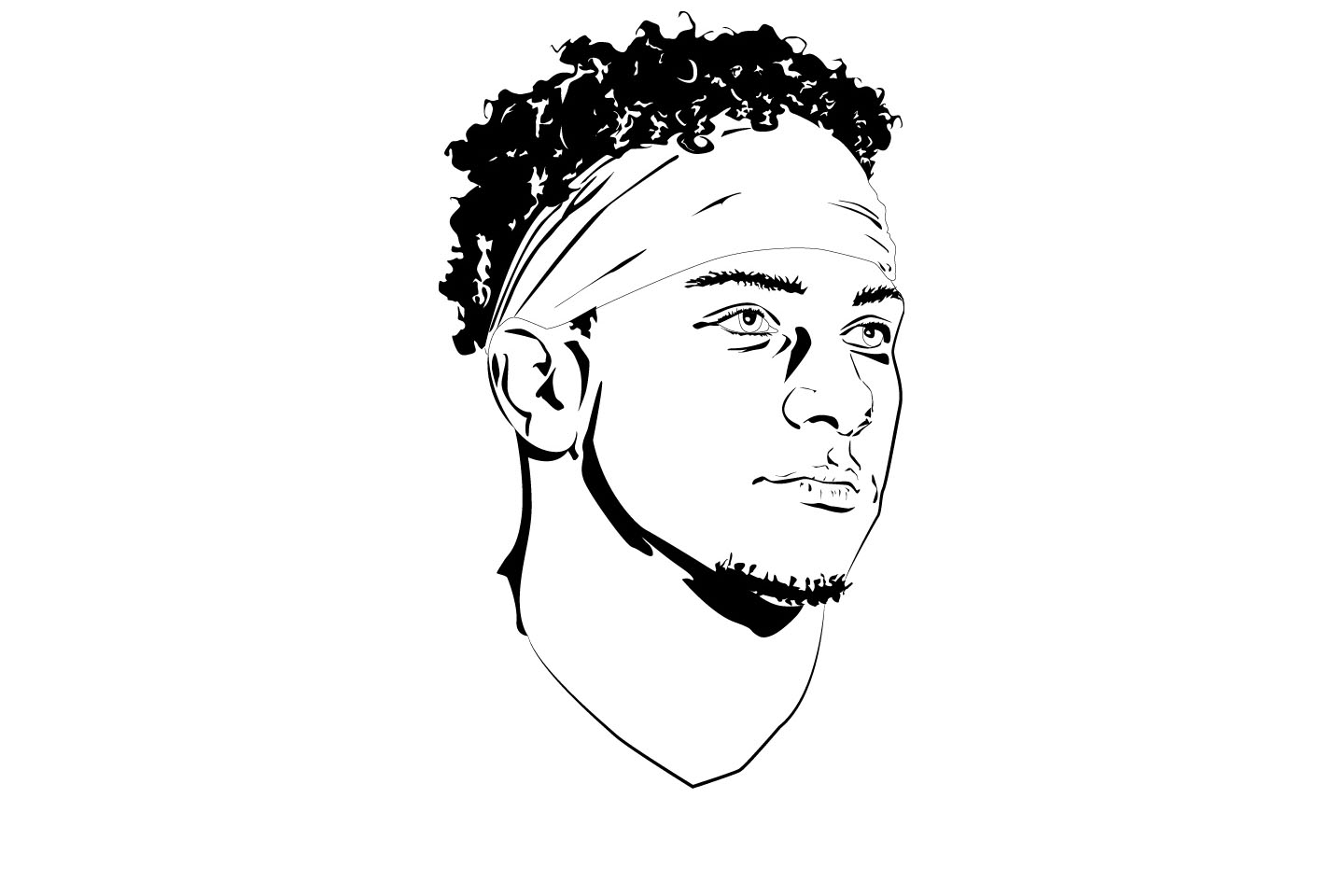 It was as inauspicious of a start as anything I had ever seen. It involved a play that would leave all who saw it dumbfounded, which would come to be a hallmark of his career, though in this case not in the way you typically think. A true freshman back-up was forced into a game in place of an injured starter, on the road, in an environment that Tech had not won in in over a decade. On his first play from scrimmage, Patrick Mahomes II would receive the snap, scramble, fumble the ball, recover the ball, scramble, evade some more, launch a pass. . . and have the pass intercepted. It was such a weird, pulse-quickening sequence full of highs and lows, and it certainly wasn’t the last we’d ever see from #5.

When people look back Texas Tech’s run from 2014-16, there will no doubt be a lot of conflicting feelings. Indeed, the word that would best encapsulate this stretch would be “duality.” The tide of hope and optimism heralding the nascent stages of Kingsbury’s return stands in stark contrast to the dividends in overall record. The head-spinning stats produced by the return to offensive prowess share the same data pages as a defense that seems clearly punch drunk, if the numbers tell the story (spoiler: they do). And at the center of all of this, the undeniable heart of Texas Tech Football for the past two-odd seasons.

Dual threat. Incredibly humble. Insanely confident. Poised. Unpredictable. The safest bet with the ball. The most terrifying to watch. And the centerpiece of what made Texas Tech the most exciting but ostensibly not great team to watch the past few season. Everything he did seemed absolutely effortless. There was no wrong place on the field for him to go for it, there was no wrong position for his body to be in to throw the ball. Pat was so extraordinary in making the impossible seem routine that it was easy to become jaded.

“Hey, I know that you’ve bent space-time and warped reality to achieve absolutely inhuman plays that have kept us in this game and only down a score, but why did you evade 5 defenders behind the line of scrimmage but not the 6th to complete that pass 30 yards down field? He was open! You hit that all the time!”

I’ve had to step back so many times during the past 2 years to remind myself that what I was watching wasn’t normal. And when you hold it out, appreciation isn’t a word that does his accomplishments justice.

Watching Mahomes develop throughout the 2015 and really find his identity at quarterback was incredibly fun, but I didn’t truly grasp how Pat was seen outside of Tech until the 2016 Texas Bowl. I always look forward to games with LSU, and I love the Tiger fan base’s penchant for poking the opposition while also plying them with bowls of Cajun food. True to form, the hours leading up to the game and indeed the first quart or two were full of “Tiger Bait!” chants and predictions on how many miles Fournette would end up running that night on another woeful Tech defense. And while the latter part did come to fruition, something else happened that I didn’t expect. The play of Mahomes instilled stints of hushed awe from the LSU fans around me, as he did what we’ve seen him do time and time again; he was just doing it against an elite defense this time. Seriously, go back and watch what he did that game.

LSU would go on to win the bowl game by a comfortable margin, but I never heard much gloating from the LSU fans I interacted with on my way out of the stadium. Instead, just about every conversation I overheard was about #5. How they’ve never seen a quarterback do the things he did. How they can’t explain some of the things they saw. And, the most popular refrain from the night: how unstoppable LSU would be if they had him as their quarterback.

But he wasn’t their quarterback. He was ours.

My memories of Pat’s play during the Texas Bowl are mostly of him running for his life (and succeeding in it for the most part), but when I went back and watched those highlights. . . I don’t know. I literally can’t think of anything to say. Mahomes is an absolute treasure for every college football fan and the blackest curse for those who write about his team because he makes all forms of written and spoken language moot after awhile. He could set his hand on a thesaurus and it would go up in a blaze. Hyperbolic? Absolutely. Does it feel right in my bones? It does.

This is quite a turn around from where I was in the beginning of 2014. I thought Mahomes was a baseball player, should take the MLB money, and would only end up being a decent Tech quarterback. I thought he would be overtaken in the depth chart, and had better prospects as a receiver. I’m happy to say I may never be more wrong in my life. His decision making didn’t lean so much as leap towards the big play over the safe one. Scouts always pointed out his mechanics as problematic, but I can’t think of an instance where they hindered him. All these apparent flaws, but I feel that just about every Tech fan would comfortably say that if 5 was taking the field, we already had as good a chance as any to win.

The 2016 Oklahoma game was like eating an entire cheesecake. His play-making was so decadent that game that you were almost longing for check-downs and 4-yard runs near the end, anything that wouldn’t make your heart leap up your throat every other play. Let’s take another quick break to refresh our memories of that insanity.

He’s Jason Vorhees for opposing defenses. Every time you think he’s dead, he’s right behind you again. I have zero doubts this game shaved at least a solid 3 months off of my life. It was a fever dream of a game, and I could easily be convinced I hallucinated some of what I saw; certainly his final stat line doesn’t seem real. I originally planned on writing more about this, but the best thing I could say is just watch the highlight video again.

So here we are. Our handsome touchdown boy has decided to leave the nest early, and we now know we’ve seen him wear the scarlet and black for the last time on a field. The Chiefs were a fantastic place for him to land, and a few years sitting with Andy Reid as his coach should do wonders. There are still plenty of things I wish I could get to. That Texas game in Austin, for sure. Going back and beating Arkansas in Fayetteville. His last game against Baylor. . . there’s plenty left to remember. He’s been the inspiration for many of the things I’ve done on the site, but the last thing I have for him is this simple paean.

So thank you, Pat. You’ll always be our quarterback.