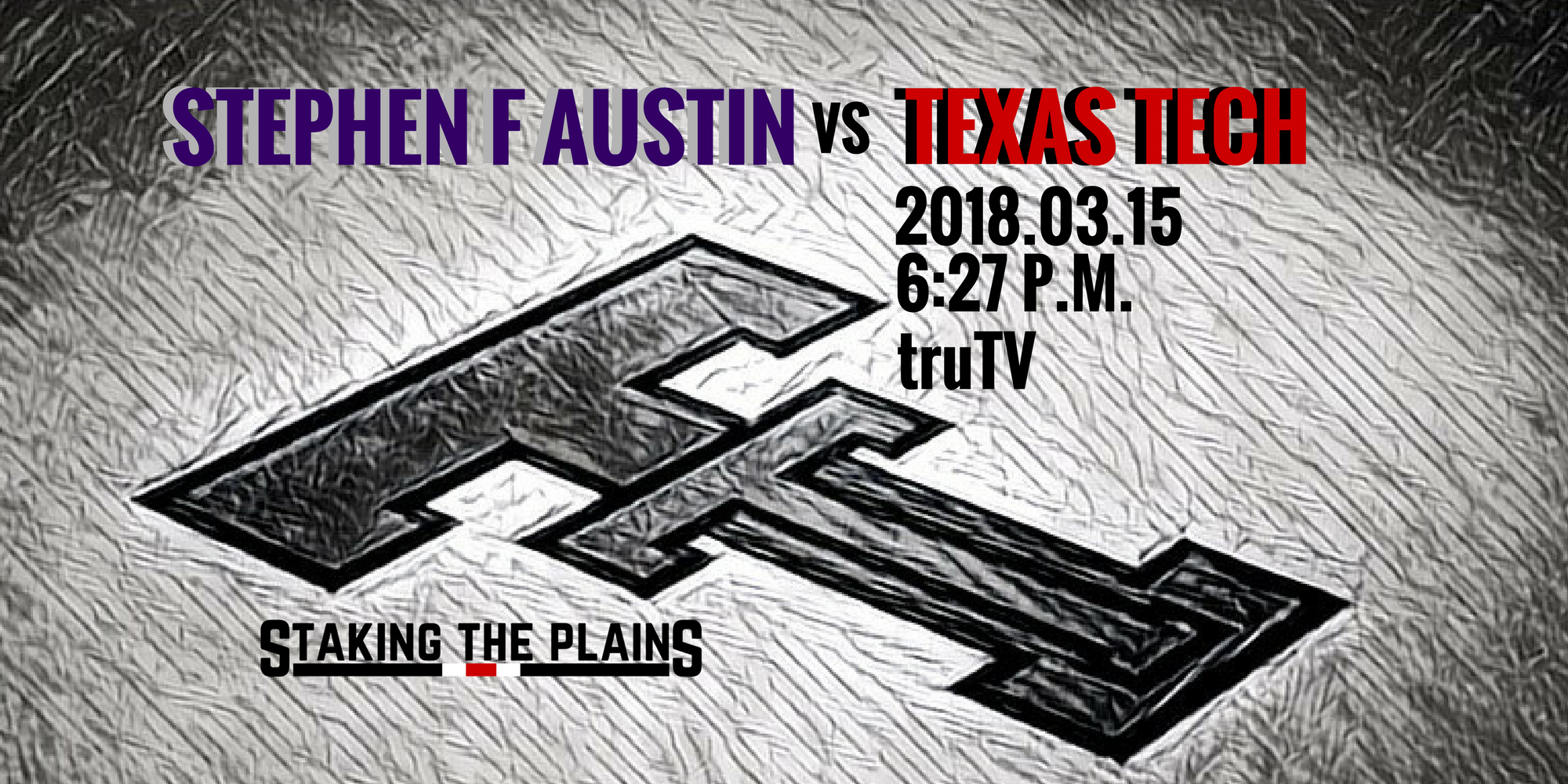 The Red Raiders face off against the Lumberjacks.

2. Stats. Via RealGM, SFA is a better shooting team, 55% eFG% compared to 53% for Texas Tech and the Lumberjacks are also better at grabbing offensive boards, 35% to 32% for the Red Raiders. Both teams shoot free throws at about the same rate, 28% for both teams, and SFA turns the ball over at a higher rate, 18% for Stephen F. Austin and 16% for Texas Tech.

3. Scouting. The stats noted above aren’t necessarily equal in terms of who each teams have played, SFA having played at least 18 conference games against Southland Conference opponents, while Texas Tech had the same number against Big 12 opponents. This isn’t a knock, but it should be an indication as to what SFA likes to do and how they like to play, based on the KenPom stats and these stats, you get an idea that SFA is a high pressure defensive team that will turn you over and frustrate you. Yes, SFA does shoot okay and what drops their KemPom offensive rating, it’s not the shooting, it’s the turnovers for SFA that are the issues. Bogues is the best offensive player on the team, but Holyfield is sneakily every efficient and very good too. Notice the starting lineup, which is that they are essentially the team that Chris Beard eventually wants, a bunch of 6’5″ guys that can defend their tails off and switch defensively.

5. Official Site. The official site has your official preview and head coach Chris Beard discusses the game ahead:

“I think the people on the committee are really smart at what they do,” Texas Tech head coach Chris Beard said. “Kyle Keller is the coach at SFA. He’s a friend of mine, and he’s somebody that I have a lot of respect for. He was an assistant coach at Oklahoma State for Coach Sutton. He worked at Texas A&M when they built there program to relative very quickly. Kyle does a great job. He’s been the head coach at Tyler Junior College early in his career. It starts with him and understanding that we are going to play against a well-coached team. We also know that Stephen F. Austin has very good players. We recruit against them sometimes. The history of their program in recent years speaks for itself with four NCAA Tournaments in the last five years. Those of us in the Big 12 know they beat West Virginia and Coach Huggins’ team a couple of years ago in the first round. Stephen F. Austin has our full attention and our full respect. It’s a tournament game. I really think the seeds, the rankings and all of that stuff that goes on around the March Madness is great for the game, but it means absolutely nothing when the ball goes up. This is going to be two good teams that have earned the right to be in the national tournament, and the team that plays the best on Thursday will be the team that advances.”