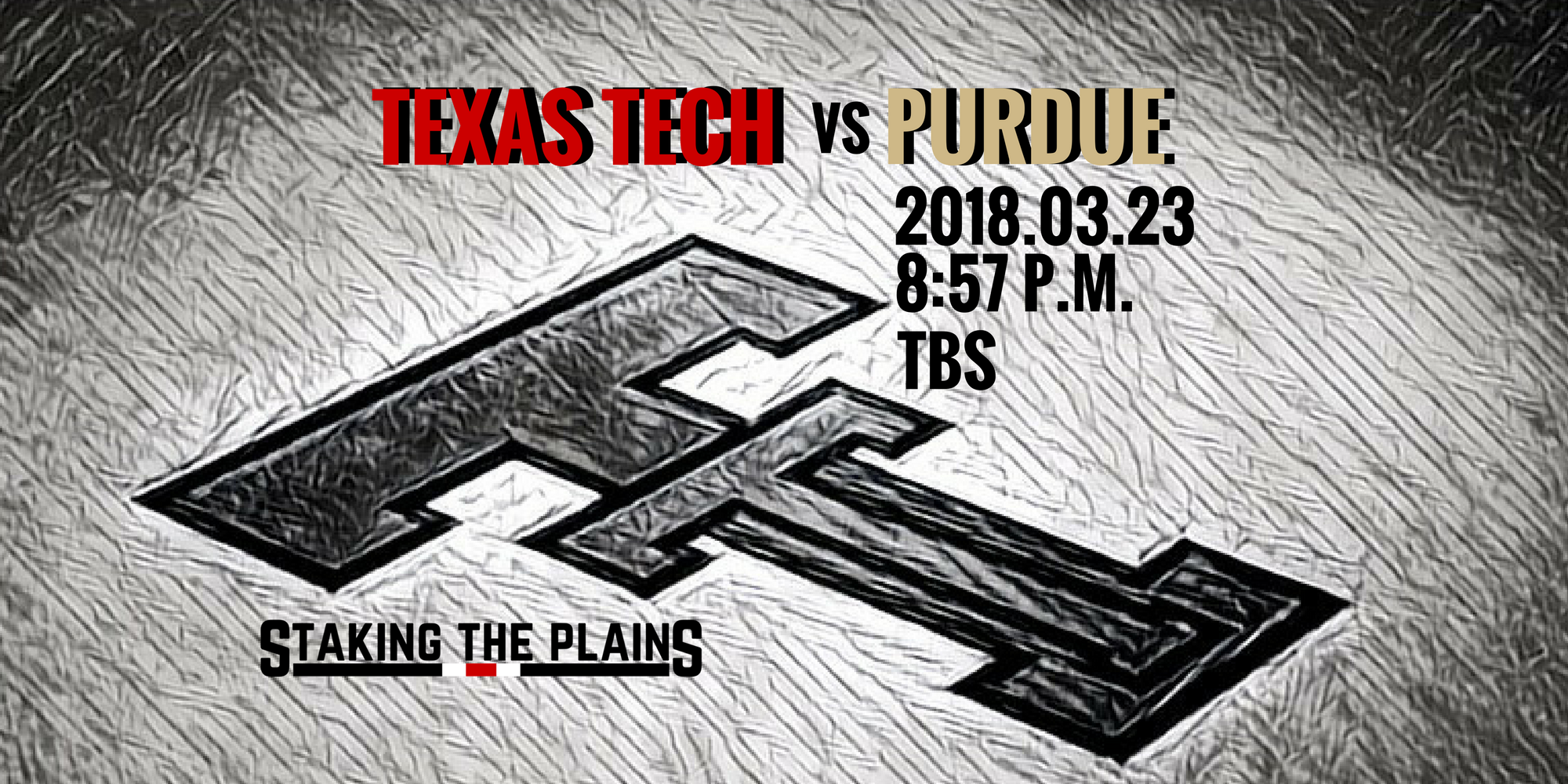 The Red Raiders take on the Boilermakers in the Sweet Sixteen.

1. KenPom. KenPom has Purdue as the 4th best team in the nation, 2nd in AdjO and 29th in AdjD. Texas Tech has stayed steady at #13, which is where I think is where the Red Raiders were against Florida, 48th in AdjO and 4th in AdjD.

2. Stats. Via RealGM, Purdue is a much better shooting team, 58% eFG% compared to 53% for Texas Tech. The Red Raiders pull down more offensive boards than Purdue, 32% to 27%, while both teams are about the same in terms of free throw rate, 27% for the Boilermakers to 28% for Texas Tech. Purdue turns the ball over just a bit less, 14% to 16% for Texas Tech.

3. Scouting. Purdue is a really good team, but they have been a really good team with Haas as an offensive threat that can create inside, which in turn opens things up outside. It’s been a darn near perfect method of playing because very few teams have any sort of answer for a 7’2″ center that plays within himself. So it’s going to be really different to see what Purdue is with Haarms at the pivot. Haarms is not the offensive player that Haas is, but Haarms is pretty good. If Haas plays, then whoever he is guarding will dive to the basket on his bad arm and just wait for him to foul. That takes either Hamilton or Odiase doing this and that’s a bit iffy as an offensive plan.

“What I see from Purdue is just a really well-coached team,” Texas Tech head coach Chris Beard said. “Matt Painter played the game at a high level, and he built a really good program at Southern Illinois. What he’s done at Purdue really speaks for itself. There a team that’s been in this position before. We are a team that’s new to this as a unit. We’ve got some individuals that have been at this stage but not together as a team. The biggest thing in this game is to understand that it’s a 40-minute game. There’s a lot of distractions, both good and bad, when you get to this stage in a season. We are really fortunate to be one of the 16 teams left, and we intend on taking advantage of it.”